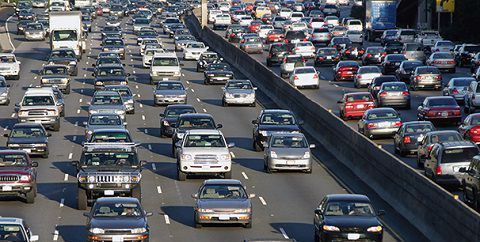 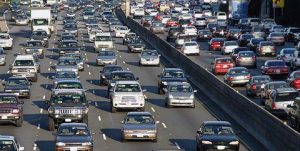 When people think about college they usually picture moving out for the first time, living in a dorm, late night study sessions with roommates, floor retreats, and completely immersing themselves in campus life. However, there is another side of the college spectrum that some do not think about. The life of the college commuter. Students who commute to school every day have a slightly different college experience than those who live on campus.

Reaba Mall is a junior at Northwest University. She transferred in fall 2015 and has been a commuter throughout her time at NU. Mall travels from Everett every day to attend NU, and her average commute ranges from 50 to 65 minutes one way.

“For me, the most difficult part of being a commuter is the uncertainty of belonging,” said Mall. “I don’t fit the mold of the typical on-campus student whose whole life seems to be college. All of the events and hang out places are all geared for those students. Not being able to relate to those shared memories really bogs down the ‘you belong’ slogan.”

Stephen Stewart is also a junior at NU who transferred fall 2015, and commutes to school throughout the week from Monroe. His travel time usually takes about 35 minutes one way, but that is due to the fact that he leaves early in the morning to get to school and heads home late at night to avoid rush hour.

Stewart also struggles with feeling connected to other students.

“I do [feel connected] in the activities I involve myself in—such as theater or the Aerie where I work. But it’s hard for me to be super involved in certain community aspects like floors, simply because I’m not living with a bunch of people. I have to be very intentional with all of the people I associate with, otherwise I’ll drive home and that will be that,” he said.

Sarah Davis has experienced both commuting and living on campus as a student. She was a commuter her first two years at NU, also driving from Monroe. For her junior year she decided to live in the student apartments. When considering the comparison between commuting and living on campus, Davis agreed with Mall and Stewart that feeling connected with other students can be a challenge as a commuter and requires more work and intentionality.

Davis said that in regards to academics, she hasn’t noticed a major difference since she moved on campus.

“It’s kind of muted. You don’t really get involved in activities as much as students who live on campus. Even coming to events for orientation was really awkward since I didn’t have anyone to talk to. When you’re on campus and in the dorms you get that awkwardness put aside the first few days because you’re all together experiencing the same thing, and I didn’t have that,” said Davis.

“Maybe if they had a sleepover for commuters and gave them the option to stay with other students to see what dorm life is like—that may have changed my experience in the beginning,” Davis said.

Mall expressed wanting more opportunities for commuters to get together.

“We had one event for commuters last semester. It would be awesome to connect with others more frequently,” she said.

Stewart also had a few ideas to improve the college experience for commuters.

“I think it would be fun to have a retreat, or something similar to the floor retreats. As well as commuter life groups that met at more commuter-friendly times, other than in the evenings when we usually leave. I would appreciate those being more common,” Stewart said.

Do not think commuting is all bad though. There are positive sides to being a commuter, too.

“The best part about being a commuter is not giving up my life. I have a life outside of school. It’s not a ‘be all, end all’ for me” said Mall.

Davis enjoys her life on campus, but she also enjoyed aspects of commuting.

“I got to commute with my sisters and that was really cool,” Davis said. “One of the positive aspects is getting to go home every night. I think commuting my first two years made the transition into college easier, instead of completely jumping into it right away.”

Cheap Things to do in Washington During Summer