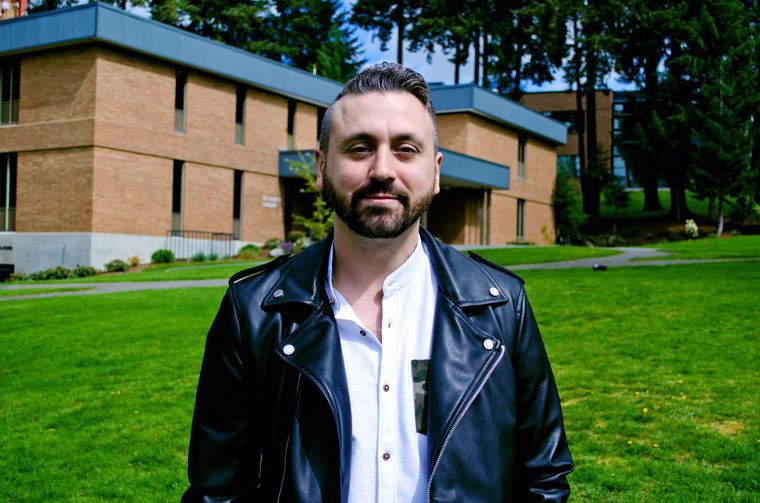 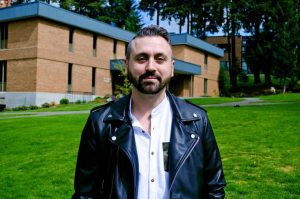 Zechariah Metzler is part of the maintenance team at Northwest University. However, unknown to many NU students and staff, Metzler has a presence in the film industry.

Metzler grew up in Michigan with a love for the art of telling stories. He attended the nearby film school, Compass College, where he spent a year learning the film industry. During that time, he participated in some internships working on some local movies with the hope of making his way up in the business.

After graduating from Compass College, Metzler took a step of faith and left his home to pursue a film career in New York. He had been advised to go to New York to gain better contacts in the industry.

Beginning life in New York was not as easy as he planned.

Many weeks passed and Metzler struggled to break into the business. His connections did not follow through on any of their promises.

“Worse came to worse and I was on the street, living in a homeless shelter. I had to stay there for two weeks,” he said. “But God protected me during that time and took care of me.”

After two weeks in New York’s homeless shelters, he received a phone call from a contact he had obtained during film school. He was asked to do some sound work on a small film that was being made in New York. It wasn’t a paid job, but it would hopefully lead to new opportunities.

That project led to Metzler moving in with a colleague and getting his life back on track toward his goal. A few weeks later, he received an anonymous text saying to meet at a local set to possibly work on a new movie.

“I was walking on set when I saw Ben Stiller and then Kristen Wiig walk by,” he said.

It turns out that he was getting the chance to be a production’s assistant on the movie “The Secret Life of Walter Mitty.” It was a huge turning point in Metzler’s career because he had proven his worth to enough people to provide him big opportunities in the industry.

Metzler worked on movies like “The Wolf of Wall Street” and with actors like Leonardo DiCaprio, Ben Stiller, Liam Neeson, Kristen Wiig and Bill Hader.

Currently, Metzler works on the NU maintenance team. Just like with movies, many people gloss over the work that they do in order to keep NU looking great.

“The maintenance team really does care about the students at Northwest and making the campus great for them. We want to be viewed as normal, friendly people that go places in life just like them,” he said. “Many of the staff travel a lot and do missions trips every summer. I am not the only person who has done something!”

Metzler’s message and story is hopefully one that can inspire people to chase their dreams. His testimony speaks to the obstacles that can stand in the way, and also of how God can triumph over it all.

As for his future, Metzler will be heading south to work for a company that produces Marvel’s, “Agents of Shield.” He encourages all students interested in film to pursue it, even if it goes against what society might tell them.

“You can be a part of the most collaborative art form in the world and unlock doors you’d never open otherwise,” he said.