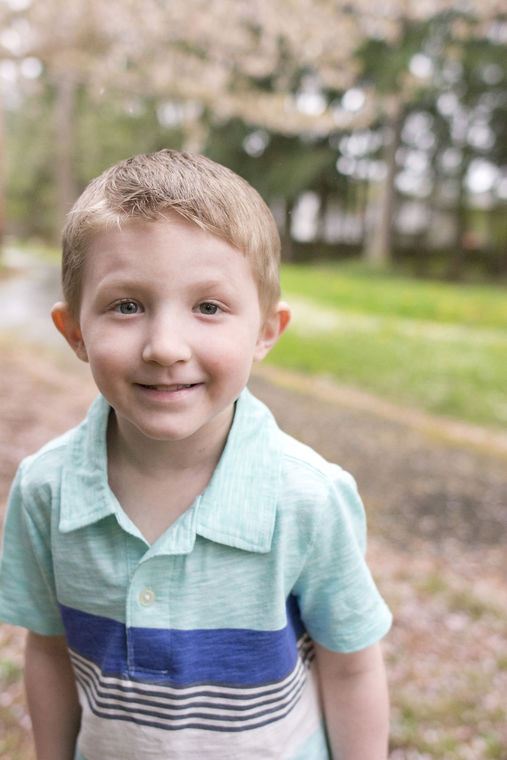 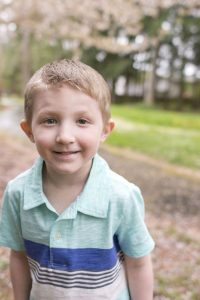 Blake Robison, a local 5-year-old boy who suffers from Fanconi anemia, will soon sign his letter-of-intent to be part of the Northwest University track and field team.

Blake’s fight has not been an easy one. Fanconi anemia primarily affects the blood, but it may also lead to bone marrow failure and cancer. Blake’s mother, Emily Robison, explained that since his diagnosis, Blake has had countless biopsies, blood draws, and hospital stays. Though some people with Fanconi anemia live into-and-past their 30s, this is not always the case.
“It was just before Blake’s second birthday that we learned that our baby possibly wouldn’t live longer than us. It was heart wrenching and still is,” Robison said.

Emily hopes that being around a college team will help Blake make friends and experience an uplifting team atmosphere. She also hopes that Blake will be inspired by young adults who work together and overcome challenges.

“Blake has only met with the team once but he loves his team. He loves to make friends and he especially liked that there were so many adults that were willing to listen to his stories and play with him,” she said.

Despite having minimal interactions with Blake thus far, the track team’s experiences with him have been nothing but positive. Sophomore Emma Horn is part of the track and field Team IMPACT leadership team. She helps bridge the gap between the team and the Robisons by communicating with the family and organizing events.

“He has such a good attitude despite the hardships he goes through. Blake has the biggest heart and it’s so easy to stand behind this kid and cheer him on,” Horn said.

While the track team hopes to encourage and inspire Blake, he is really the one who inspires the team. Ellen Augsburger, the Relationship Manager for Team IMPACT, offers guidance and oversight for both the teams and the families. She, too, is inspired every day by the children she comes into contact with.

“These kids are hands down 30 times stronger and wiser than I will ever be. They are my motivation to live life playfully and courageously,” Augsburger said.

Living a life that is both brave and playful is something that Blake exemplifies. Despite many trips to the doctors and hours spent at appointments, Blake is still a 5-year-old boy who loves to play, laugh and live a fun-filled life.

“He loves to dance. His favorite song is ‘Beat It’ by Michael Jackson. He has some pretty awesome dance moves,” Robison said.

On Labor Day, the Robison family hosted their annual 5k race: the FARF (Fanconi Anemia Research Fund) 5k Superhero Fun Run in Renton, Washington. A group of members from the NU track and field team showed up to support Blake. Since Blake admires superheroes, the team sported their best superhero gear, including capes with a big letter “B” on them.

Currently, the team is working with the Robison family to finalize the date for Blake’s “Draft Day,” when he will sign his letter-of-intent and become an official member of the track and field team. Until then, the team plans to continue supporting Blake in any way they can.

“We are Blake’s prayer warriors, his back up, his NU family. We want Blake to know that we are willing to fight this battle with him, just like teammates do,” Horn said.

The track and field team would like to invite the rest of the NU community to support Blake and his family in their fight against Fanconi anemia. Although the FARF 5k is over, donations can be accepted online at farf5k.com. All money donated goes to the Fanconi Anemia Research Fund for further research.