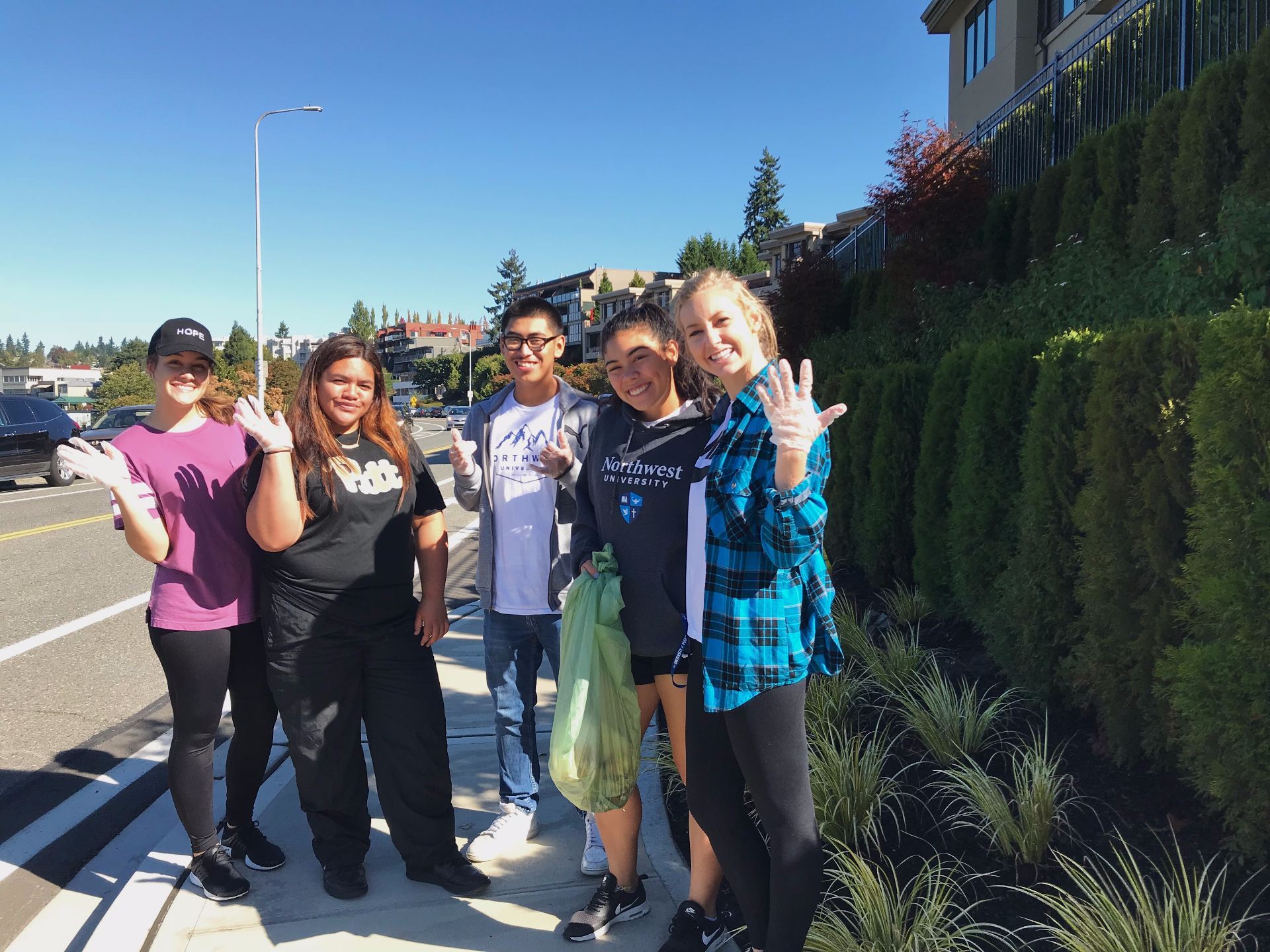 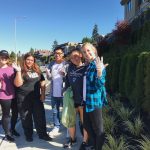 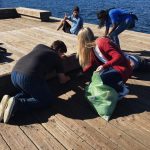 Northwest University held its first ever campus-wide local mission event, NU Loves Kirkland, on Wednesday. The event was an opportunity for the entire NU community to get off campus and serve the city of Kirkland by participating in park cleanup in various locations around the city.

NU Loves Kirkland was the first event this year in a series of events to be hosted by Campus Ministries in an effort to increase NU’s community involvement.

Local Missions Director Sam Absten acted as the lead in organizing the event. Through similar events, Absten hopes to create a community on campus that emphasizes local service, something he said the Campus Ministry team is trying to focus on more this year.

“We’ve always done a really good job of promoting global missions, but local missions isn’t really something that we’ve promoted a lot and taken the time and the resources to create an event for that,” he said.

Absten is working to change that.

Since being appointed as Local Missions Director last year, Absten began communication with the city of Kirkland’s Volunteer Services Coordinator. Finding an activity suitable for the entire student body to serve locally within a limited amount of time was no easy task. Park clean up became the most ideal choice.

“[This is] the first ever school-wide event where we’re actually doing a one day chapel schedule and letting everyone come and do this, it’s not just like a club, it’s a school wide event,” Absten said.

Students were excited that NU offered the opportunity for the entire student body to serve together.

Student Olivea Rigg said it is important as a Christian university to get out and serve, and that this event sets NU apart from other universities.

“I feel like especially the big-name universities don’t go out and do this type of [service], like maybe clubs, but not the [entire] school, so I think that it’s good that we did that, to show that town that we care about them,” Rigg said.

In a campus-wide email, Campus Pastor Christian Dawson encouraged students to reach out beyond the NU community.

“I will be the first person to say that spiritual vitality does not and cannot only happen in the chapel. I am calling us to be a community whose love will spill out of the campus and into the streets and parks. Let’s follow Jesus well,” Dawson said.

At the event, students were excited to serve the community.

“It’s going to build not only comradery among students, but also to love the community that we’re in, especially since students are coming from different states and out of town… just to get sort of planted in the community here,” Baca said.

Absten was pleased with the students’ attitude and eagerness to participate.

“Everyone seemed very positive about it and it went pretty smoothly for how many people we had show up, because I think there was more than we planned for, but it went really good,” he said.

Absten is already looking ahead to organizing two or three more local mission events per semester, continuing to emphasize the importance of participating in service around the city of Kirkland.

“I just think it’s a really important part of our spiritual walk to learn what servant-hood looks like and how to live that out in our daily lives. And this is just a really simple way that we can begin to do that and to take active steps in pursuing Christ and being more like Christ,” Absten said.