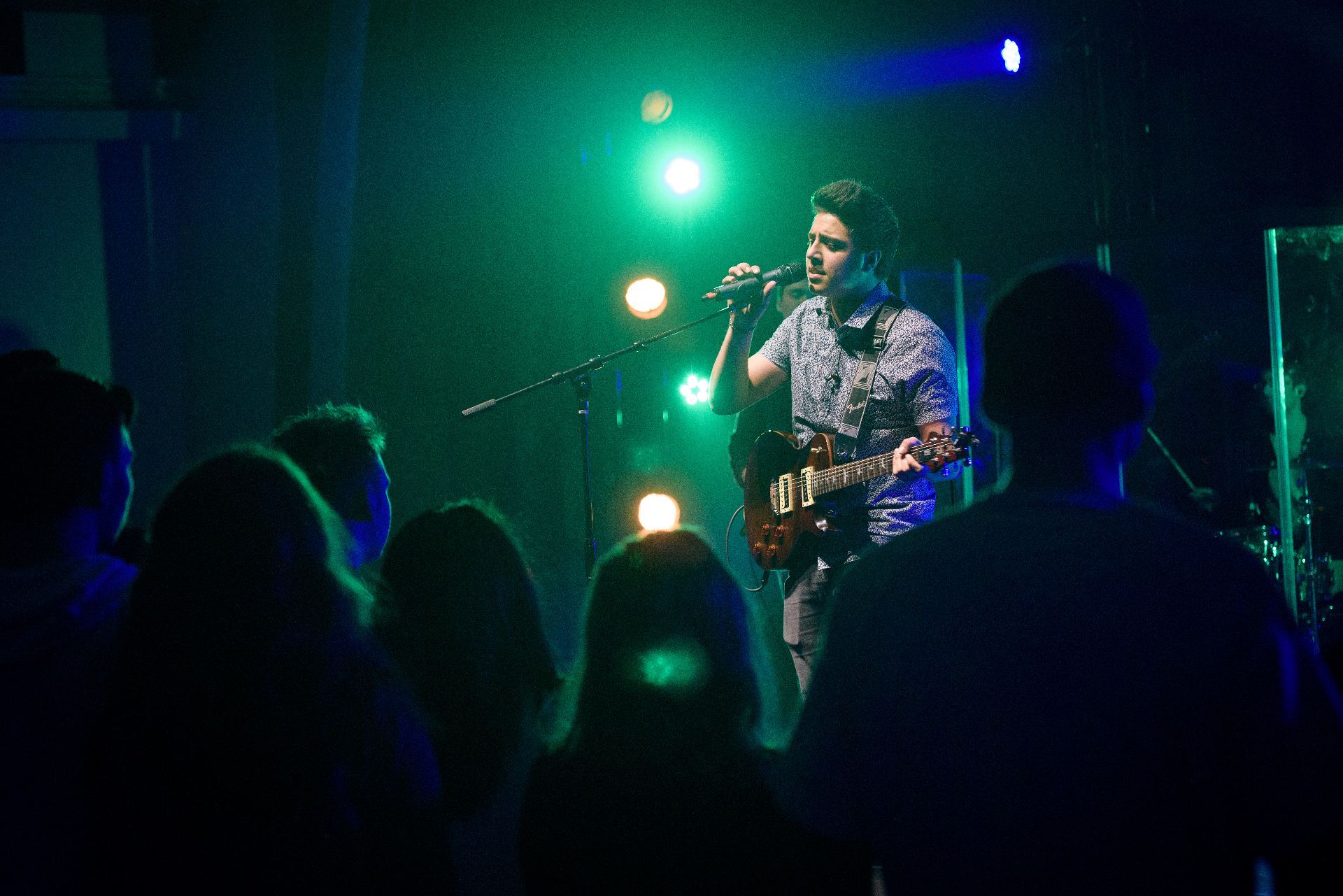 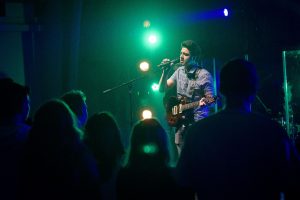 Northwest University has proven to be a breeding ground for new bands. With so much fresh talent coming in every year, musicians inevitably band together and see what comes out of it. For some groups, it ends up just being a one-and-done deal, while a rare few manage to stick together for good.

One of the new groups that was a real eye-catcher during NU’s 2016-2017 school year was The Exhibit, a band composed of frontman Andrew Toro, keyboardist Christian Anderson, guitarist Darrick Strauss, bassist Matthew Lee and drummer Jeffrey Adami. The band’s members come from a slew of different Northwest University musical groups, including Choralons, Concert Choir, Jazz Ensemble and worship team.

“Me and [Toro] were playing guitar and we decided to come up with a mashup of different TV shows,” said Strauss, “we went up [to Creatio] and in 20 minutes recorded it…we made our first video in a half hour.”

The Exhibit’s Psych/Scooby-Doo/Kim Possible mashup is far from their biggest feat. The group has racked up views on Facebook and YouTube in recent months, giving a light rock twist to songs by artists like Ed Sheeran, DNCE and Clean Bandit. One of their most recent covers “NO EXCUSES” by NEEDTOBREATHE quickly passed over 1,000 plays and features fellow NU student Avalon Lozinski on vocals.

The Exhibit isn’t simply just another cover band, however. The group has not ceased taking steps to push themselves to new heights. They played their first-ever live show last spring as a part of Josh Pineda’s “7 on the Seventh” concert, drawing the biggest crowd of the night. The band also made mention of releasing original music in the near future. Adami asked anxious fans to “BE TUNED” in regards to news on the music. The band followed this up last month with the announcement of their debut single, which is scheduled to be released soon.

However, these exciting changes don’t come without struggle. Both Toro and Strauss noted that juggling their schedules with the rest of the band has been the most pressing issue.

Adami added that the band often has to record their instruments at different times because of these scheduling issues. Even with this ongoing struggle, Lee said, “we work pretty well together, honestly.”

The Exhibit is a shining example of how five passionate guys can combine heads to create something truly beautiful. Keep your eyes and ears out for this band, because they’re definitely here to stay.