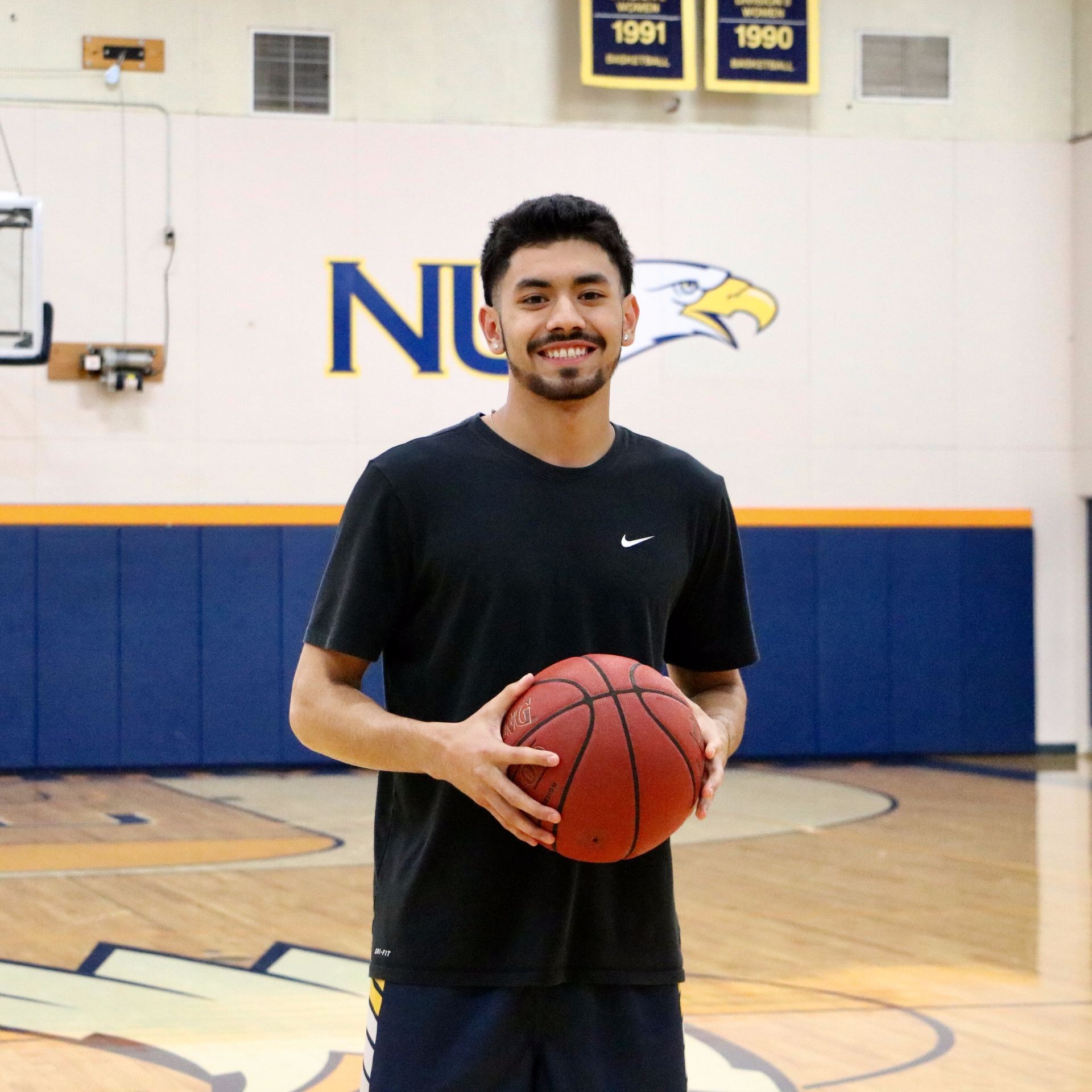 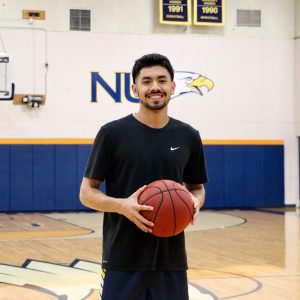 Standing at a height of 6’1”, Northwest University’s newest point guard enters the men’s basketball program as a transfer sophomore from Central Washington University.

“I didn’t really like Central, so when Coach Van Dyke called me I transferred over here,” Navarro said. 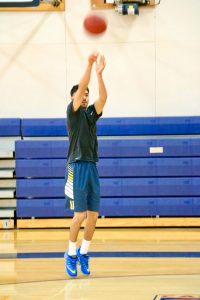 Now being at NU, Navarro has noticed major differences between the two universities.

“Central is a bigger campus, so you had your groups and clubs. But here at Northwest it’s more of a community,” he said. “Everyone knows your name and everyone loves God. So that’s awesome.”

Navarro hopes to help the men’s basketball team make it to the NAIA Championship this year. He played four years of varsity at A.C. Davis High School in Yakima, WA where he helped his team to back-to-back appearances in the Washington Interscholastic Athletic Association (WIAA) 4A state tournament, including the championship game in his junior season.

Navarro is ranked as the tenth top scorer in Davis school history with 1,038 points for his high school career.

During Navarro’s junior year, he had two other teammates both reach 1,000 high school career points and felt the pressure as he carried the team with only 10 players during his senior year. Reaching his 1,000 point milepost came during his very last game.

Navarro plans on bringing the same motivation and drive of reaching 1,000 points, from his senior year of high school to his first year at NU and eventually even further.

“[He] can really knock down shots and has an explosive first step,” Van Dyke said.

“I just want to win! I want that conference championship. I want that banner in this gym,” Navarro said.

Seeing himself as a shooter and someone who could be the go-to guy to score for the team is what drives himself at every practice.

Striving to get better and be better is what Navarro looks forward for the rest of the season.

Navarro played in the first scrimmage of the year on Oct. 14, when the team took on past Eagle Alumni.