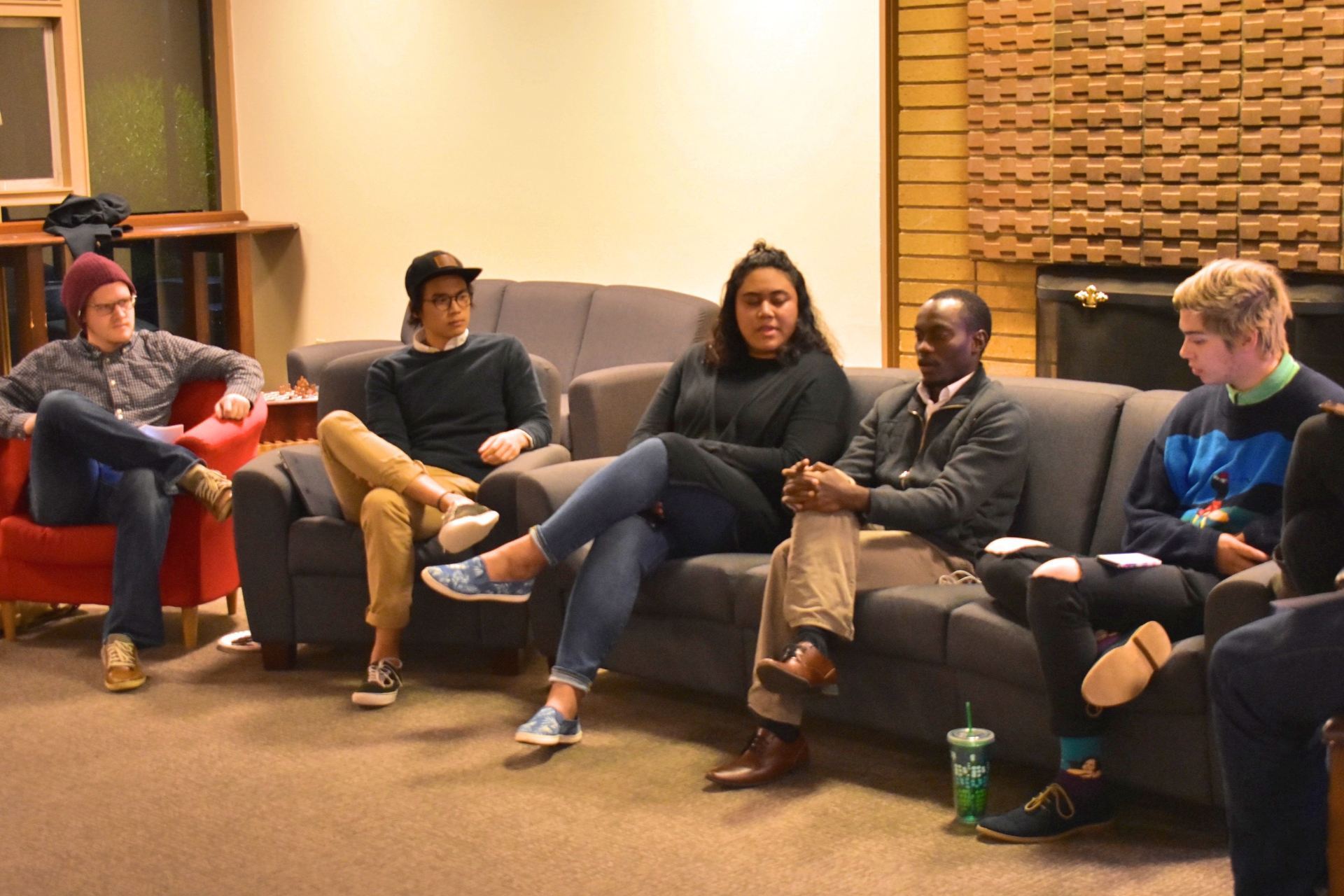 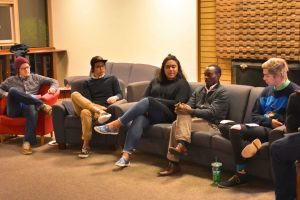 Northwest University’s Multicultural Organization of Students Active in Christ (MOSAIC) club partnered with Peter Carlson, the Area Coordinator of Gray Beatty, to open up dialogue about what it means to be a millennial at last week’s Courageous Conversations. The event featured a student panel led by Chase Kolby, Monika Lagolago, Alex Lee, Kimani Nyambura, and Tyler Whitney.

The event was formatted as an open discussion between panel members and the audience with video clips from motivational speaker Simon Sinek’s speech, “The Millennial Question.” Sinek discussed the four key factors he attributes to the millennial problem: bad parenting, technology, impatience, and the environment.

Before discussing Sinek’s main arguments about the millennial generation, the student panel talked about what they think millennials are. Some could agree with the given dates of the period, others argued that the time period was too broad, and some even argued that the birth years had little impact on what would determine millennial status.

“I define millennials not as an age group, but as a way of thinking,” Lee said.

Technology was a controversial topic for the evening due to its role and use in society and primarily by the millennial generation. Panel members took the criticism and applied it to society as a whole rather than simply accepting it as a generational problem.

“We are adapting to having so much technology and then using technology,” Lagolago said. “We are just getting creative with using the resources we have available to us.”

While talking about the presence of technology and social media, Sinek explained that society has suffered with suicidal thoughts, depression, and increased impatience. The panel agreed that technology can be misused, but they also realized that technology in itself is not a bad thing.

“There are really interesting things that can happen in the real world that you might miss on your phone, but there are also really cool things on your phone,” Kolby said. “I think you can’t put everyone in the same box.”

Although some older generations have criticized the millennials for their lifestyle and work ethic, Lee pointed out that sometimes the problems of society are not specific to certain generations.

“Too much of anything can always become a bad thing,” Lee said.

Stay tuned for the next Courageous Conversation in November.