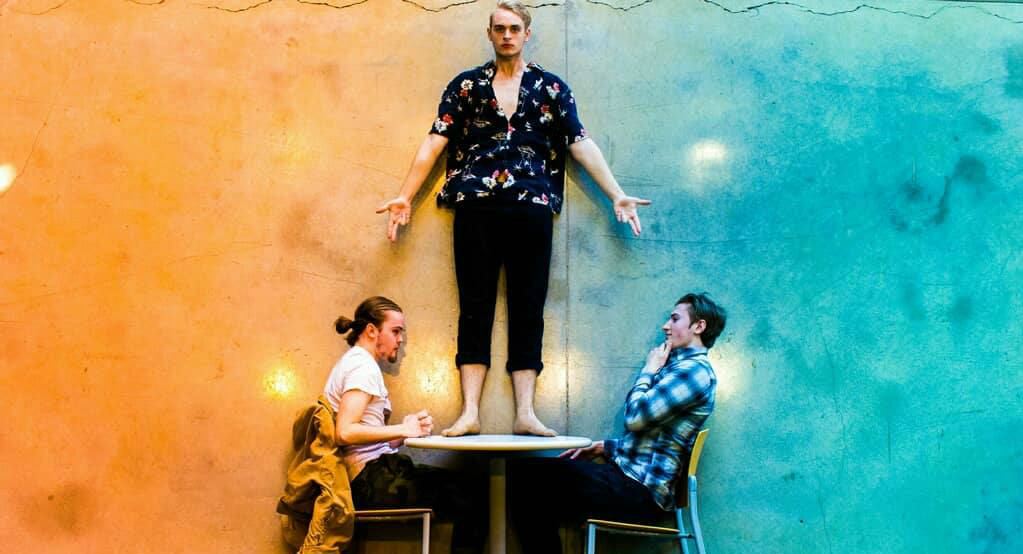 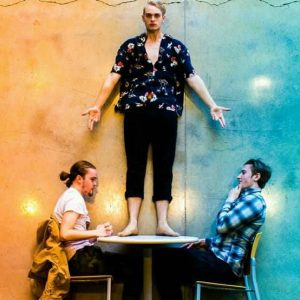 Students at Northwest University spend their leisure time in a variety of different ways. Some like playing volleyball by the Green or running through a game of disc golf across campus, while others might prefer a hot cup of coffee with their best friend at the Aerie Café. One might even attempt to throw down a full-scale concert in their dorm room if they’re a musician… and that’s precisely what two students last year did.

Known by their combined name Pluto’s Still a Planet, Andrew Skillern and Bryce Vehrs made waves at NU in 2016 with their uniqueness in humor, personality and musical style. This came to a climax last November when the release party for the duo’s PSAP EP was held in their dorm room on Perks 300, which attracted students from across the campus.

Just four months after the release party, Vehrs & Skillern announced that they would be combining forces with Evan Nemeth, who would serve as the vocalist/guitarist for their new alt rock band, Car Accident. This announcement was accompanied by the release of the band’s cover of “Zombie” by the Cranberries.

“Car Accident” is a bit of a strange name, and the band members know that.

“It just embodies that punk sensibility that we don’t necessarily live out,” said Nemeth.

“It’s ironically the most punk thing we could think of,” Skillern added.

What’s even more punk is the band’s future plans for live shows. “We’re talking about dirty, underground Seattle punk basements,” said Skillern. “Bryce had this idea to go on a tour where we literally play the most uncomfortable locations possible. We’ll book someone’s apartment and we’re literally in their bathroom and everyone’s just outside, or we’re in their shed, just cramped together … I don’t know if that will pan out,” the bassist added.

Despite using the tag “@caraccidentband” on socials, their name has had some unfortunate consequences. Skillern mentioned a time “someone posted a picture on Instagram of an actual devastating car accident that happened to their family and they tagged us in it.”

“It was the saddest thing ever,” said Vehrs.

Thankfully, the band doesn’t let these circumstances get in the way of their creative process. Car Accident is working on a number of original tracks, including “You Will Never Be an Astronaut” and “LARPing,” the latter of which is currently being recorded and prepared for a full release. Both tracks will allegedly be on the trio’s upcoming EP, which will hopefully be released before Christmas break.

If you want to keep up with Car Accident’s current happenings, check out their Facebook, SoundCloud, and Instagram.