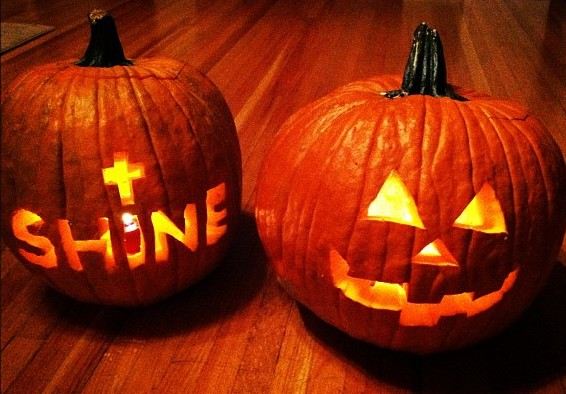 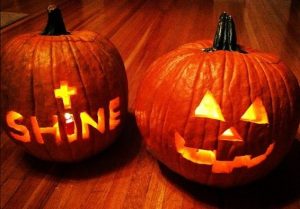 It’s October in Kirkland, meaning lawns that are littered with pumpkins, ghouls, and any assortment of animatronic witches cackling madly as you walk by. For many, the advent of Halloween signals the time to dress up in some elaborate costume to solicit candy, maybe begin setting up orange and green decor in rooms, or perhaps just slip into a snuggie and watch “The Nightmare Before Christmas.” And, of course, there are many who refuse to participate in the event entirely, which begs the question of whether Christians should celebrate Halloween.

For me, the answer has always been a resounding yes. How could such a harmless event oppose Christianity? It seems more a holiday commemorating how fun it is to dress up, instead of anything malicious. There are many who disagree. With my own family, for example, the word Halloween may as well have been synonymous with the word “occult.”

“Where I personally draw the line as a person of faith, is if at any point my acknowledgement of it becomes a celebration of evil,” Helmcke said.

That being said, she invited me to observe the Halloween decorations in her office. One particular ornament, a life-sized vampire Chicken McNugget, caught my eye. She asserted that if anyone was to take issue with such items being in a Christian University, she would value their complaints far more than she valued the toys.

Even being aware of the possible hazards of participating in Halloween, it’s hard for me to see the event as anything but a very commodified and arbitrary celebration. I’ve never been able to discern any idolatry in Halloween; it’s always been more an excuse to goof off, buy a costume and be silly for a night than an actual night of worship. It’s hard to separate the spirit of Halloween from some other holiday like New Year’s Eve.

“The spirit behind it compared to Valentine’s Day, Christmas, or Thanksgiving is far darker,” he said.

Wessel isn’t alone. Many other students agree that Halloween does have certain dangers.

“There’s a quote by C.S. Lewis I love to go back to,” senior Caleb Ulrich said. “‘There’s two mistakes you can make when dealing with the dark forces: one is to ignore them completely, and the other is to dwell on them too long.’”

Ulrich’s opinion is that while Christians should be conscious of potential dark elements in the holiday, we should not obsess over the spiritual risks. He views Halloween as an opportunity to do good and live out the Evangelical mission.

“In youth group we had this tradition of going around and collecting canned goods and other nonperishable items for the local food bank, so it was still an opportunity to dress up and have fun, with the added element of supporting a charity,” he said.

Churches typically have alternative events for children and youth to participate in instead of Halloween. Trunk-or-treat, where children go from car to car collecting candy, is useful for neighborhoods that aren’t safe enough for kids to roam around.

The Harvest festival is another popular alternative for Christians, as it traces its roots to the Celtic celebration Samhain, where the villagers would gather to commemorate the beginning of fall harvest. Pope Gregory would later appropriate aspects of this celebration into All Hallow’s Eve, which is the day before his newly christened All Saint’s Eve: an aptly-named tribute to all saints. I find it interesting that it was a Christian that was chiefly responsible for creating the foundation for Halloween.

“The Church said, well, we’re going to recognize the souls that have passed, as this is time of year that has this fluid movement between the living and the dead,” Helmcke said. “So how do we, the Church, acknowledge that and see it through a different lens?”

It seems like the only answer is to accept that Christians have a multitude of different perspectives on engaging with Halloween. The event isn’t a black and white issue, but rather falls down to the discretion of parents, pastors and parish. In the end, the answer to whether Christians should celebrate Halloween is entirely subjective.

For me, the answer is still yes, but I cannot speak for the Church or Christians worldwide.

Ulrich also disagreed with giving a blanket yes or no.

“It’s up to their individual discernment,” he said. “If they are convicted about Halloween at all, they shouldn’t. Other people may not be convicted at all. The Church can just do what it’s meant to do; equip believers.”

Equipping believers to walk with God is a responsibility the Church must embrace, and perhaps that will lead to some catharsis on the issue of Christian engagement with Halloween.