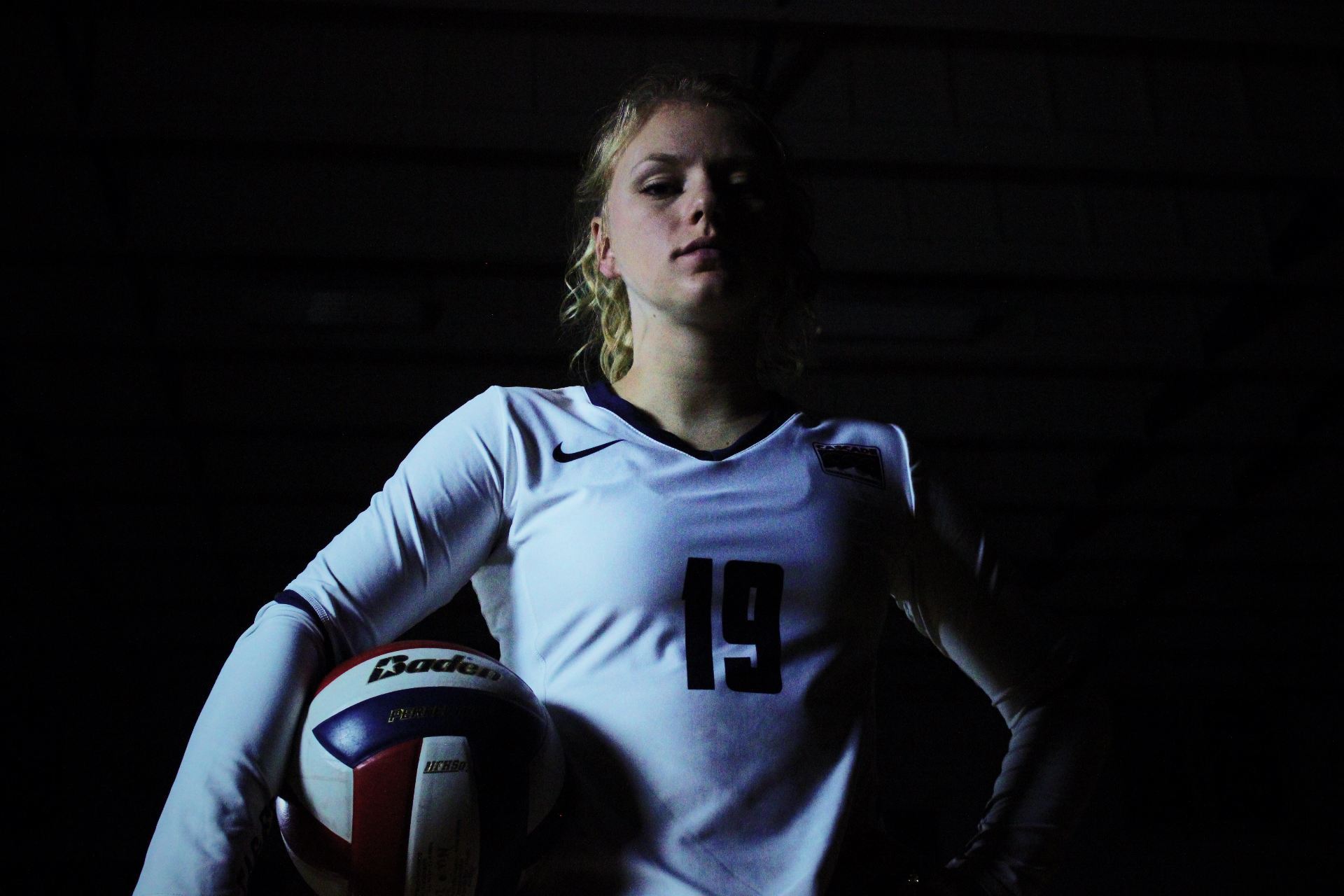 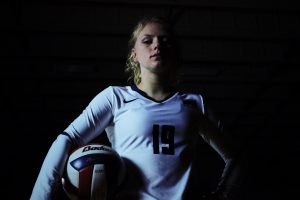 The libero position is a defensive specialist who remains in the game at all times and is not bound by the normal rules of rotation for volleyball.

Van Dyke’s awards came as a surprise to her, having been the last name called during the awards night.

“All these girls were lined up, and then I had to get up because I was named last for All-Conference,” Van Dyke said.

Shortly after the All-Conference team, the Libero of the Year was announced, and Van Dyke said she felt honored to receive the award.

”It was an awesome experience to have been recognized for hard work,” she said.

Van Dyke also broke the NU single-season digs record. The record was previously held by last year’s senior Libero, Leia Roy. Van Dyke broke it three weeks before the NAIA Tournament. With a total of 594 digs—and more to come following Saturday’s sweep of Reinhardt University (Waleska, Ga.) in the regional match—Van Dyke and the rest of the team prepare to set more records.

This next week the volleyball team will make school history by making NU’s first appearance at the NAIA Tournament. The Lady Eagles open tournament play tomorrow night against the Spartans of Missouri Baptist University at 8 p.m.

Commentary: NU is Thankful For…

Commentary: Intramural Flag Football, Where Everybody Graduates a Winner