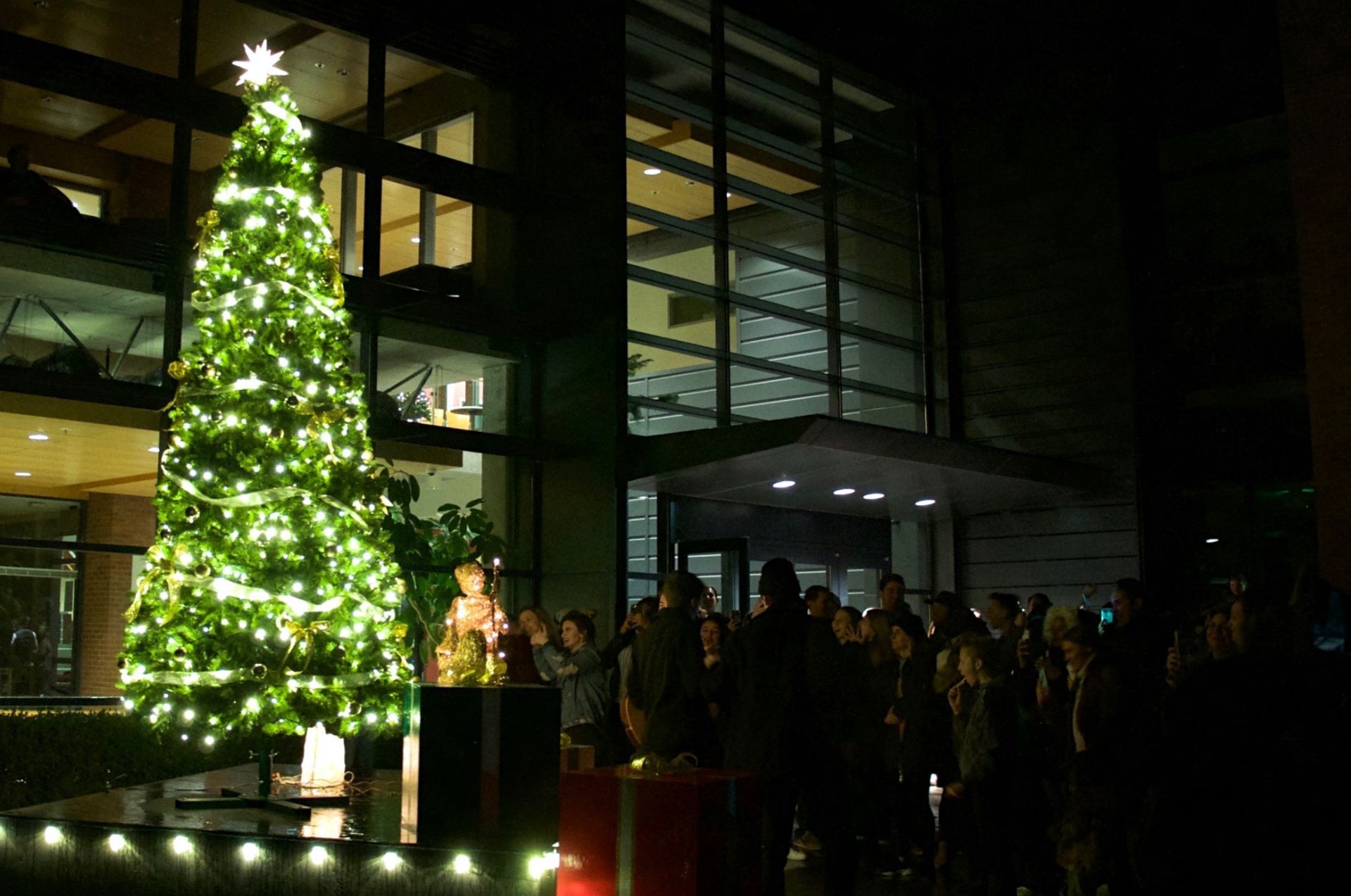 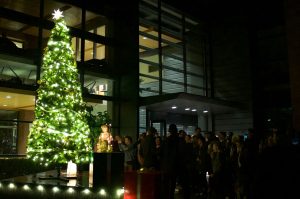 Northwest University’s ASNU hosted a Christmas tree lighting ceremony last Friday to celebrate the beginning of the holiday season. Students, faculty, alumni, and family gathered in the HSC fireside room, where they were greeted with homemade hot chocolate.

ASNU president, Micah Lorenz, began the night with a short welcome and introduction. Following his departure, student worship leaders invited the group to sing classic Christmas carols, such as “Hark! The Herald Angels Sing” and “Joy to the World.”

President Joseph Castleberry continued the ceremony by sharing a message about the history and importance of Christmas trees from a Christian perspective.

“Some people don’t think Christians ought to celebrate with a Christmas tree because ostensibly that’s a pagan tradition—actually maybe not,” Castleberry said.

Castleberry continued his message by referencing the history of the Christmas tree, which is said to be started by Martin Luther as a symbol of the Tree of Life. Referencing one of his many mission experiences, he commented that in ministry some of the best traditions can take what could be considered pagan and using it as an example or message of Christian evangelism. In the same way, Luther used the decorating of fir trees to symbolize the Tree of Life, referenced in the books of Genesis and Revelation.

Using Revelation 22:1-5, Castleberry explained that the Tree of Life is a representation of Jesus and his sacrifice for humanity. His sacrifice provided eternal life for all who accepted Him as Savior. Castleberry also analyzed the Greek words used to describe trees and explained that the term used in Revelation described the tree as a dead stick or piece of lumber rather than a fertile green plant. He expounded on this thought by connecting the idea of lumber to the cross and crucifixion of Jesus.

“John realized that the Tree of Life actually began as a stick of lumber; it began with the cross of Jesus Christ,” he said.

Castleberry concluded that the Tree of Life, referenced in the book of Revelation, shows that through the cross all can find eternal life. Therefore, the tradition to decorate trees during the Christmas season can be an acknowledgement of eternal life through the crucifixion and resurrection of Jesus Christ.

“We should always remember that Christmas is not just about a baby in a manger, it’s about a man on the cross,” he said.

After a closing prayer by Castleberry, Dr. Jeremiah Webster led the group in an acoustic version of “Silent Night.”

“It’s not Christmas without this song,” Webster said.

Finally, Lorenz came back to invite everyone outside for the official lighting of the tree and nativity scene located on the HSC patio. With friends taking pictures together and a renewed excitement for the Christmas season, the tree lighting ceremony will be a tradition that students can look forward to during the holiday season.