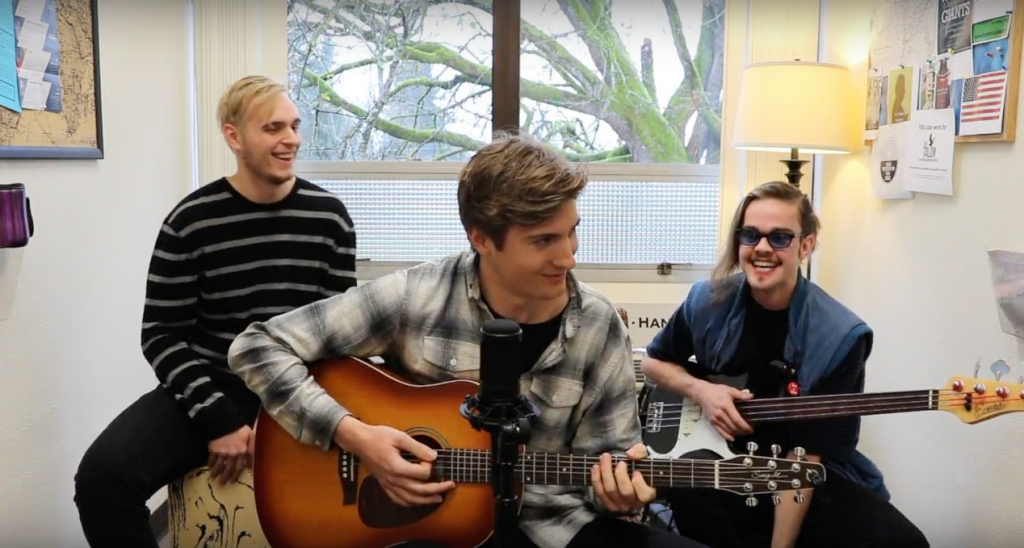 The Northwest University-native rock band, Car Accident, has kept busy since their last interview with The Talon.

The trio—comprised of vocalist/guitarist Evan Nemeth, percussionist Bryce Vehrs and bassist Andrew Skillern has been hard at work perfecting their sound and image, trying to catch the eyes of the local community. They have been working through the original songs that will comprise their debut demo EP, which is slated to release during Christmas break.

To follow up on their performance at the annual NU Talent Show last month, where they performed a cover of “R U Mine?” by Arctic Monkeys, Car Accident joined The Talon for a brief acoustic concert in Fee Hall.

Despite a limited audience, numerous technical difficulties and a broken guitar string, Car Accident put on an excellent show, performing an unplugged version of their “Zombie” cover, a fresh take on the Christmas traditional “O Come, O Come, Emmanuel” and their newest original “Mother of Giants (The Many Faces of Charlie Brown),” which they named on the spot during the show.