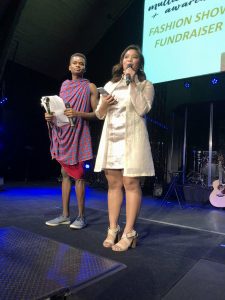 Last week Northwest University held its annual Multicultural Education and Awareness Week, a celebration of cultural diversity and community on campus. The week represented an appreciation of differences and an emphasis on mankind being created in the image of God.

The events of the week were the product of collaboration between NU’s Multicultural Organization for Students Active in Christ (MOSAIC), Act Six, and Multicultural Life. These events were intended to be just as diverse as the people who attended them.

Suubi Wambuzi, a student leader from MOSAIC, expressed how Christianity by its very nature embraces diversity.

“I think of the body of Christ – the church…was always meant to be diverse,” Wambuzi said.

Wambuzi believes that despite being made in the same image of God, the differences between people are not to be shunned but embraced as a reflection of different sides of God.

The goal of the week was to create an atmosphere where people of different cultures could gather together to appreciate differences and find relatable experiences.

“When people think multicultural diversity there’s an assumption that people who can relate to those identities automatically are interested, but for folks who can’t really relate to it…I think, [it’s] one of the biggest challenges [in society],” Hanson said.

Multicultural Education and Awareness week worked to change the negative perspective people have about embracing diversity within society.

Wambuzi explained that change starts within and works its way into daily actions.

“So many are not bothered, they don’t want to know, and they couldn’t care less, because they think this is not an issue that affects them directly, but it is that attitude we need to rectify, and true transformation can only come about by a change of heart,” Wambuzi said.

Wambuzi believes that, starting with a desire to learn and create relationship, an individual can help create change within the community. The answers may not seem obvious, but it is the responsibility of mankind to preserve cultures and to grow as a united people.

MOSAIC chairperson Jelsy Gundao said she hopes the week will aid in the realization that each member of the NU community is effected by diversity.

“My hope is that people don’t see diversity just as a program here on campus or something that does not affect them because they believe ‘they do not have a culture’,” Gundao said.

Gundao believes students and faculty members can recognize that diversity is a lifestyle, not just a club. Everyone has a culture, but it is up to each individual to accept the responsibility of discovering and appreciating the cultures around the world.

Monday introduced students to a thought-provoking display entitled “Would You Say It If You Knew…,” which was presented to the student body in the Pecota student lounge.

Gundao expressed her excitement for this display because of its straightforward approach to difficult topics.

“All of these [topics] are difficult to engage in because these things have hurt others before, and naturally we, as humans, want to avoid uncomfortable scenarios,” Gundao said.

Tuesday featured a Diversity Food Gallery hosted by Act Six scholars in Perks Lounge, and included dishes from the Philippines, the African Great Lakes region, Mexico, and other international regions.

The week continued with a movie night presented by MOSAIC, where students were able to watch the film Selma and discuss some of the responsibilities of reacting to injustice and the evolution of how society reacts to racism. The movie, a stirring presentation of Dr. Martin Luther King Jr.’s march from Selma, exemplified perseverance and the search for justice within a misguided society. Students were asked to reflect on the themes from the movie and to consider how racism and injustice continue to impact the present culture.

Lastly, Multicultural Life partnered with MOSAIC for the Multicultural Fashion Show Fundraiser. This event featured the couture of local designers, student models, and guest models. The show was also fundraising for NU’s mission trip to Tanzania, which will be led by Stephano Musa.

Wambuzi explained that the goal for the week was to bring attention to the strengths and weaknesses NU has regarding the embrace of different cultures. Students at NU can be active in the process of cultural immersion through attending different events, joining or starting clubs, and learning about the cultures of people around campus.

“Realistically speaking, change doesn’t happen overnight, and even though it may take a few more years, I am very hopeful for the future of diversity, and true love in our NU community,” Wambuzi said.