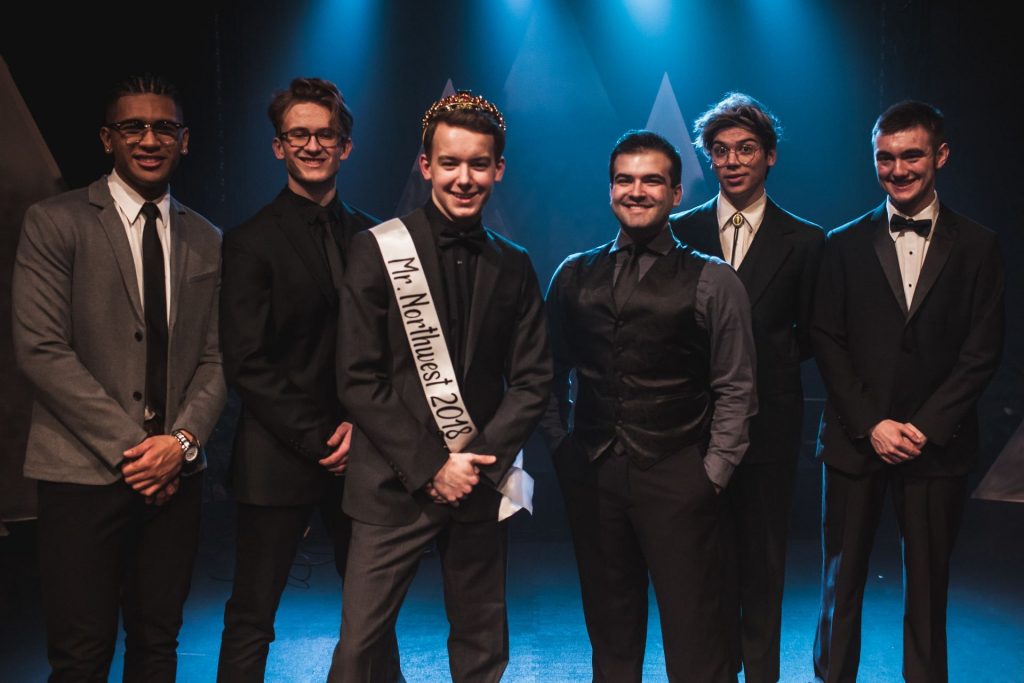 The theme for this year’s competition was Survivor of the Littest. The competition consisted of six contestants, nominated from each of the residence buildings. The contestants were judged by talents, interview questions, formal wear, and group dancing. This year’s Mr. Northwest contestants were Robert Vinje, Ace Engler, Elliot Faley, Chase Kolby, Ala Mikaele, and Calvin Dall. Bradley Kerswill, the seventh contestant, had to drop out of the competition but was acknowledged throughout the evening.

The event started with an entrance dance featuring each of the contestants. Each contestant had their opportunity to walk the catwalk for three different portions which revealed a bit about their personality and their talents. The first portion was “alter egos,” the second portion was “dream jobs,” and the third was the talent portion.

Vinje was crowned Mr. Northwest at the end of the evening. He said it was an unexpected and humbling experience.

“We did this together,” Vinje said in reference to the other guys in the contest. “I am stoked. It came as a surprise, all the other contestants were so good. It was a humbling experience that wasn’t expected.”

Kolby said his favorite part of the whole event was getting close to the other contestants and that he wasn’t disappointed that didn’t win the competition.

“I live to entertain and to fill up a room with people and if I can make them laugh and entertain them then it’s all worth it,” Kolby said.

The general consensus among the contestants was that the build up to the event was the best part of the whole experience. The contestants said they were able to form bonds and create a fun show together for the whole community.

Last year’s Mr. Northwest winner, Stephen Pickens, said he thought it was a really great show and he is glad NU has something like this for students to look forward to each year.