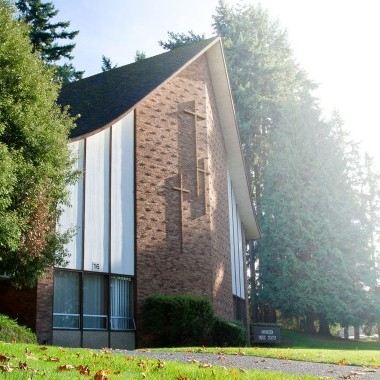 24 Hour Prayer was created last year by Karessa Villareal, a previous student who wanted to provide her peers with the opportunity to dedicate time to communal prayer.

Christian Dawson, NU’s Campus Pastor, worked with Jonathan DeMacedo, the Prayer and Life Groups Director, to discuss how students would benefit from the changes.

“We just kinda wanted to make a space for people not to be overwhelmed by prayer but [to] feel like prayer was very purposeful and driven,” DeMacedo said.

On top of the time changes between formats, changes in the structure of the event have also influenced student participation in the event. 24 Hour Prayer was a relaxed setting where students could come at any hour to pray. Seven and Seven, on the other hand, is set up differently between evening and morning meetings but overall it is a more structured time of prayer.

“24 Hour Prayer really gave people an opportunity to pray, and I think Seven & Seven gives them more things to pray about and [teaches them] how to pray,” Dawson said.

During the last session of Seven and Seven, DeMacedo led the evening service, which focused on community relationships, family healing, and God’s provision through finances. DeMacedo said he believes that Seven and Seven will be encouraging for students who struggle to bring their petitions to God and trust in His provision.

“I think [Seven and Seven] also teaches us boldness to ask, and I think a lot of times we don’t have the boldness to ask or we don’t know what we are praying for,” DeMacedo said.

The morning gathering differed greatly from the previous night, and featured the guidance of Dr. Jeremiah Webster. Webster led the morning group in a series of traditional liturgical prayers. As a group, students and faculty were welcomed into a community of prayer that also featured ample amounts of reflection. Dawson and DeMacedo said they were excited about the incorporation of liturgy in Seven and Seven, because they agreed that prayer is not only a personal experience but also a moment of communal bonding.

Dawson said that the change in format was driven by a desire to fit the needs of the student body. He recognized that the sincerity of faith and prayers can be affected by routines. In an effort to redefine NU’s outlook on prayer and God’s presence, Dawson and DeMacedo have worked to develop a format that will change routines and inspire continued learning of how to pray.

“Especially when it comes to things like prayer, I think it’s good to sometimes get a little bit out of routine,” Dawson said. “Rhythm and routine’s very helpful, but at the same time, is the form that we have been doing it in the most effective for us right now?”

Although Seven and Seven has just started, Dawson expressed his eagerness to find a format that will continue to strengthen the prayer lives of the NU community. He said he is willing to continuously work with the student body in order to keep students engaged and growing in their faith.

“If something new is more exciting and helps foster the same thing, then let’s do something new,” Dawson said.