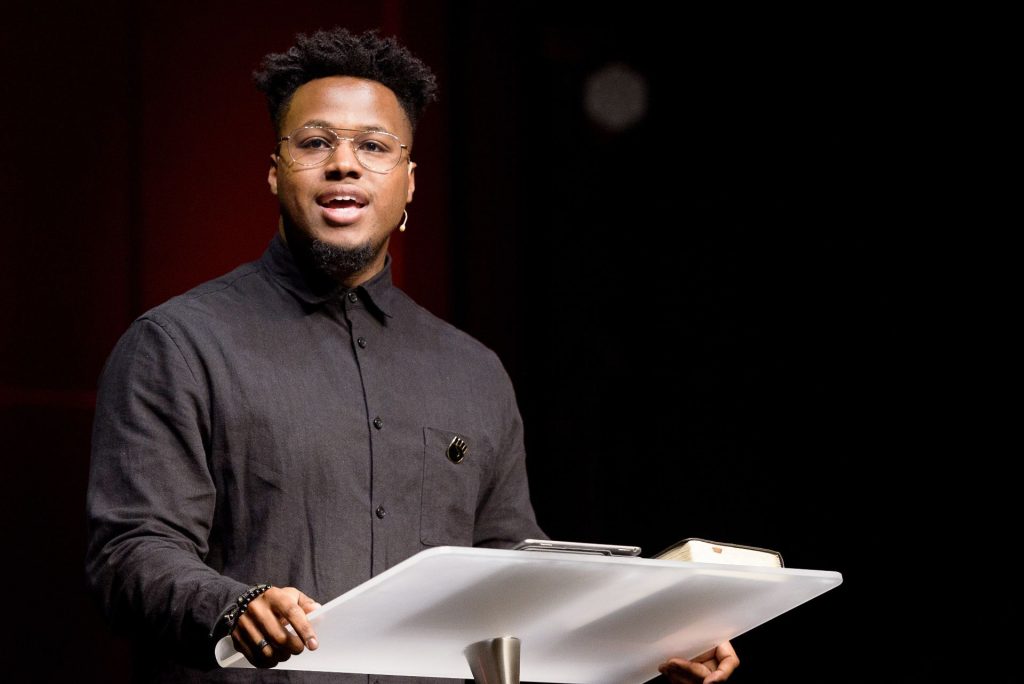 Northwest University Butterfield Chapel recently concluded its “Why” series, in which professors and guest speakers presented messages striving to answer or shed more information on topics such as suffering, hell, Jesus, faith, and racism.

Campus Pastor Christian Dawson spoke on the topic of “Why Racism” on Feb. 16. Dawson said that although these topics are often difficult to discuss, the conversations regarding them are crucial.

“Talking about racism is uncomfortable but we should not shy away from it,” Dawson said.

Before delivering his message, Dawson invited the audience to see the reality of racism around them, providing historical evidence of the employment of difference racial ethnicities as an example of how racism is relevant today.

Dawson said that the black community is much more collectivistic than the white community, and sees people of the same race as family and subsequently feel the pain of others in their ethnic community as if they were experiencing hurt alongside a brother or sister.

“Until the white community can relate to slave owners in the same way the black community relates to slaves, they will never understand our pain,” Dawson said.

Dawson defined racism as prejudice plus power, and said that throughout the history of America the power and therefore privilege, has been held by white communities.

Dawson referenced how the story of Jesus is a great example of power usage and how although Jesus was in a position of power, he used his power to serve.

“Jesus taught his people to be the least and the servant,” Dawson said.

He invited the Christian community to truly follow the example of Jesus and to use the power given to humanity to do good.

Student Andre Tinnon expressed his hope that talking about these issues can bring change.

“This message was really necessary for us. I think in a school where white is obviously predominant here, it’s good that we have this conversation because it’s a topic that is hard to address, it’s uncomfortable. It’s good for those not of color to be aware that racism is a real thing and that it is an issue that needs to be addressed in society; and it’s also good for those of color to have someone to speak for them and someone that they can resonate with,” Tinnon said.

Tinnon said he was encouraged by Dawson’s choice to tackle the issue and to be a voice for students of color.

“Too often, we don’t have those people, leaders of color that will step up and make the hard choice and talk about difficult situation.  I think this was really good and I hope that we will have more conversations like this,” Tinnon said.

Former student Gabriela Werley, who attended chapel specifically to hear Dawson’s message on racism, said she identified with the message.

“[Although] I don’t have experience being visibly of different color, I feel like where I grew up was very much not a part of what “white society” [typically] is. I do have experience being an outsider…[and] I think he really made a good point remembering that there is always poor and oppressed around us that are going to look different whether it is the African American communities whether it is the people who can’t afford food for that day,” she said. “So always being aware of that and always being intentional and how to combat that or whether that’s getting to know more people or maybe paying for someone’s lunch. There is always a way that you can do something to help.”