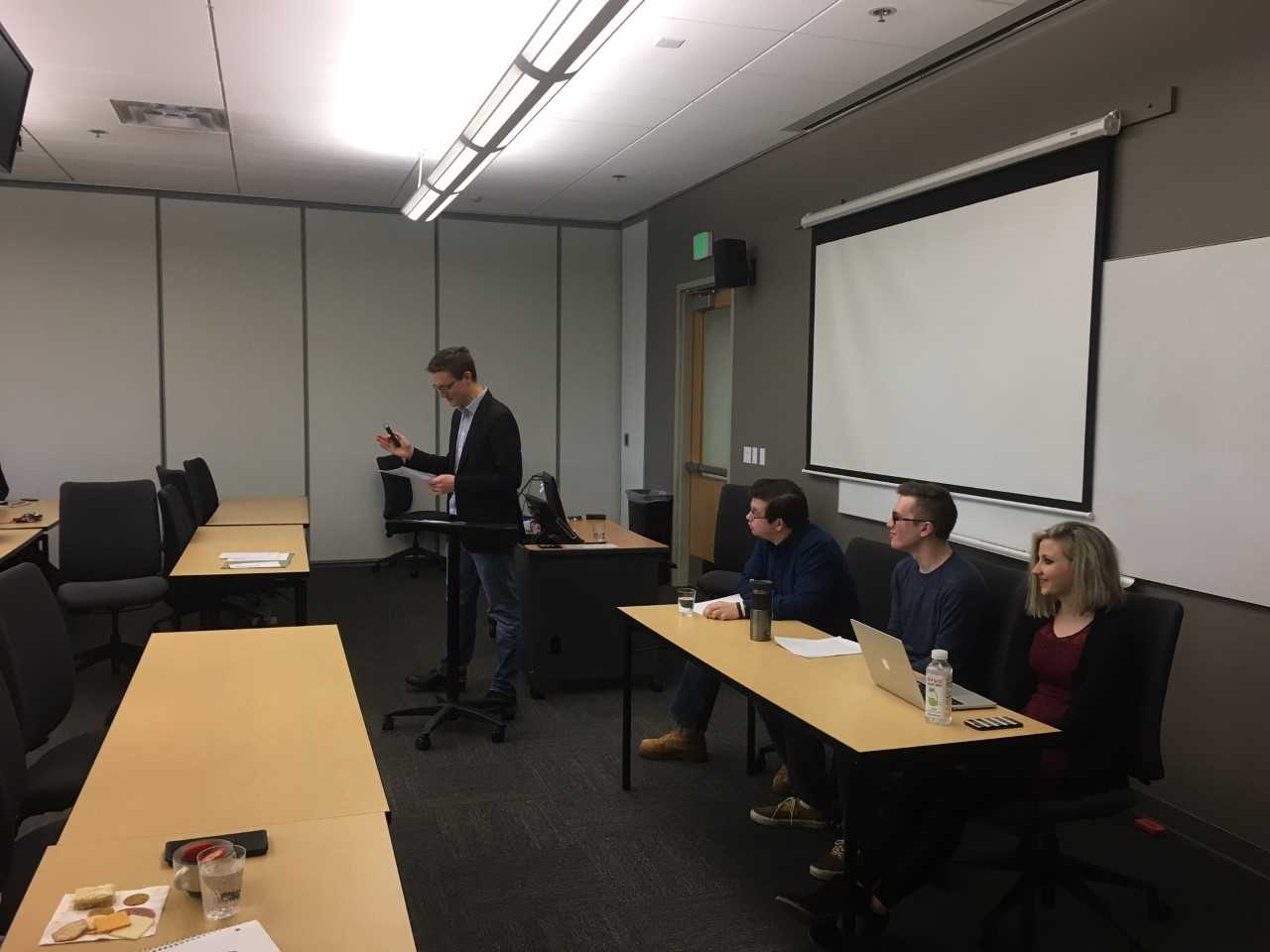 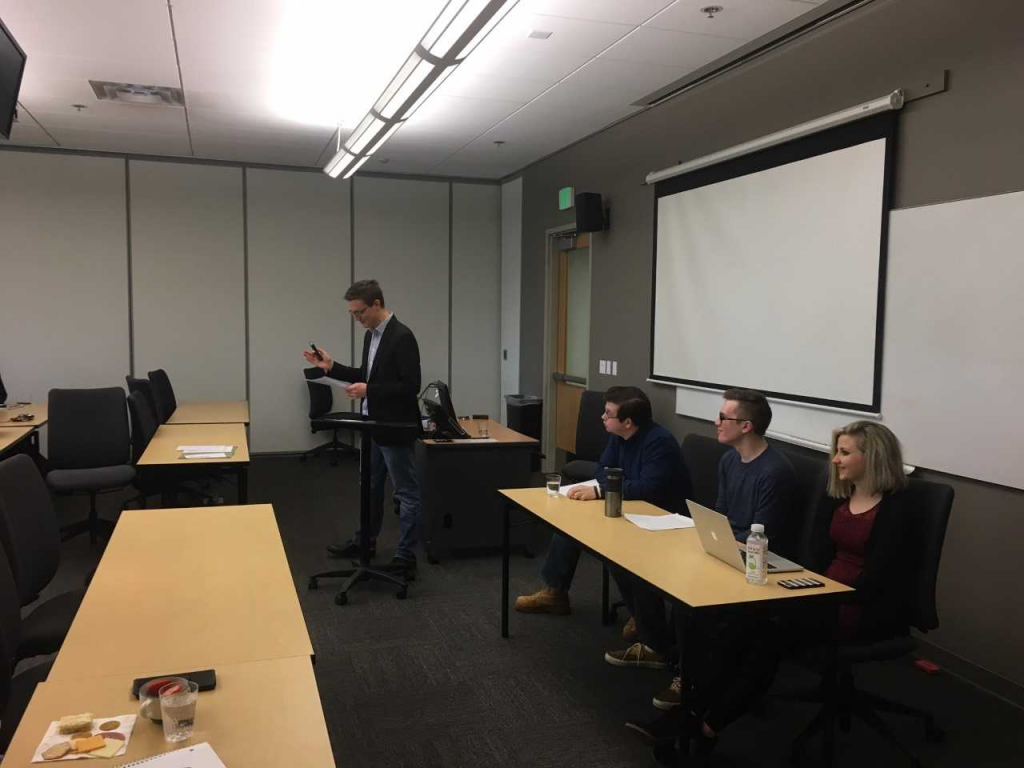 Northwest University’s 12th annual Faith in the Humanities Conference was held last Thursday from 3:00 p.m. to 9:00 p.m. in the HSC building. This year’s theme was “Creation, Creativity, and Faith.” The conference consisted of several panels featuring art and scholarship from students and faculty, and a presentation from New York Times bestselling author Stephanie Garber.

As this year’s keynote speaker, Garber hosted a panel about the highs and lows of making a career out of writing.

“I believe that the most spectacular of creative dreams don’t come true unless the person has first persevered through a tremendous amount of pain, agony, and rejection,” Garber said.

While this advice may appear dismal, it served as a relatable introduction to the tale of Garber’s success.

“We all have the potential to be heroes in our own stories, but people miss out on their opportunities,” she said.

Garber’s own story teems with failure and rejection, but her perseverance served as inspiration to everyone in attendance. She stressed the importance of writing for the love of the craft and not for commercial gain.

After the panel, Garber was available to answer questions and sign copies of her novel, Caraval. Garber’s sequel to Caraval, titled Legendary, comes out on May 29. 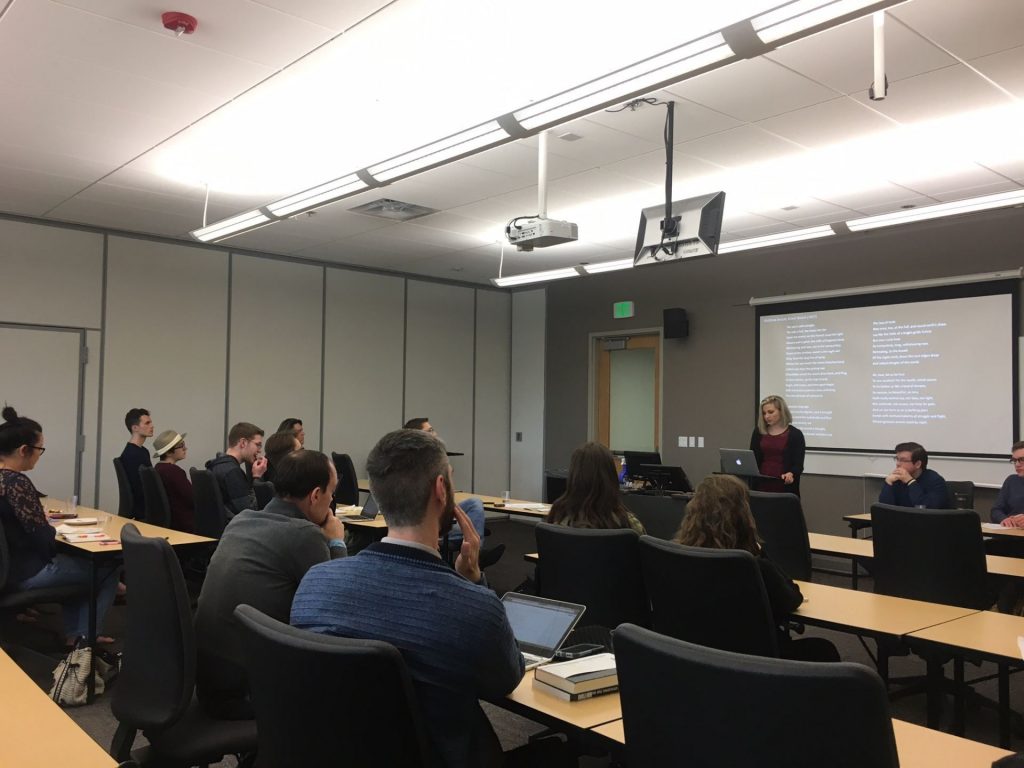 Abby Rogers presents her first-place paper on research criticism at the conference (Dr. Will Mari).

The student panelists presented their papers to an audience of peers and faculty, and then fielded questions. The presentations prompted a great deal of discussion and debate, setting the tone for an evening of academic conversation.

The conference continued with a faculty panel focused on “Creation, Creativity, and the Classroom.”

Dr. Shannon Dubois opened the panel by presenting on the topic of “Creativity and Physical Movement in the Elementary School Classroom.” Dubois spoke about the problems with a “one size fits all” approach to elementary education, and the need for “a system that [incorporates] different personalities and different learning styles.”

Specifically, Dubois questioned whether requiring children to sit at attention for long, uninterrupted stretches of time is healthy or conducive to learning.

“We’re putting [children] in an abnormal situation by making them sit still at their desks for hours,” Dubois said.

“This is a big dream that’s going to take years, but we have to start somewhere,” she said.

During the second half of the faculty panel, Dr. Jeremy Delamarter gave a presentation titled “Are Teachers ‘Creators’?: Exploring the Limit of Pedagogy.” Delamarter presented evidence to refute the notion that teachers create knowledge in the minds of their students.

“We use the word create really sloppily,” Delamarter said, “Learning is the interplay between the already known and the yet to be known. That’s not a blank slate.”

Delamarter stressed the idea that teachers are facilitators; they do not create something out of nothing, but rather build on the student’s existing knowledge.

“You start out by asking what you already know. You already know something. It’s the teacher’s job to access those resources and connect them to new ones,” he said.

Following the faculty panel, an awards ceremony was held to honor students from all disciplines who displayed excellence in writing during the 2017-2018 academic year. Emily Schlepp won the Julia Young Essay Contest with “The Support Group for Child Prodigies,” and Tyler Ptacek was honored with the Hartje Award for his writing and all-around academic excellence. Abby Rogers won the poetry contest, and first-place honors for her research criticism paper.

The NU Drama team hosted a panel which featured a staging of “The Cherry Pickers,” a play written by student Hannah Andersen. Andersen’s play intimately explored the emotional turmoil of Adam and Eve after their eviction from the Garden of Eden.

After the performance, Andersen spoke briefly to the audience about what it feels like to entrust her creative vision to the actors.

“I love seeing the interpretations that come out,” Andersen said.

Student Allison Elliot, who played Eve in “The Cherry Pickers” affirmed that the collaboration has been a rewarding experience from both sides.

“It’s really cool to be a part of someone’s vison,” Elliot said.

After “The Cherry Pickers” concluded, the NU Improv team performed one of their routines, and were available afterward for questions and discussion.