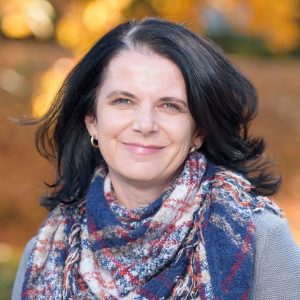 Professor Amanda McAleer joined the Northwest University faculty last year as an assistant professor in the Buntain School of Nursing.

McAleer came to the U.S. from Australia 16 years ago, when she decided to pursue her master’s degree in nursing at the University of Washington. McAleer already held a degree in midwifery and had experience working as a nurse.

McAleer’s path to becoming a professor at NU was unique. Upon graduating from UW with her masters, McAleer was practicing nursing in Bellevue when she first learned about NU from driving past on the freeway.

“When I worked in Bellevue, I was a nurse there, and I used to see the sign [for] Northwest University on [Interstate Highway] 405. It made me start thinking, [that there was] a college around, and [after] finding out that it was a Christian college, it got me a bit more interested to find out more about it,” McAleer said.

Hired at NU last year, McAleer expressed how walking alongside nursing students as a professor and watching them grow is edifying for her, as she described their work as a testimony in the lives of others.

“[To see nursing students] learning the fundamentals, the basics, and [hearing] from them…not just how they are growing but how they feel like they are called to be doing what they are doing,” she said.

McAleer’s work at NU is multifaceted, however her primary focus is on the clinical and practical side of nursing education.

“I work with the students that go out to clinical sites where they are learning the clinical side of nursing. Also, I am involved in organizing the practicum for the senior placement for their last rotation before they graduate,” McAleer said. “My job is to try to equip nursing students to become nurses out there in the real world.”

McAleer is also involved in committees that review and evaluate the nursing curriculum that is used at NU.

When she is not teaching at NU, McAleer’s outside roles include being a mother of five children, which keep her busy with many different activities.

With a heart for caring and teaching, McAleer said she views her job as a ministry. She strives to focus on the words of Ephesians 4:11-16, preparing her students to serve the Lord and others with their careers.