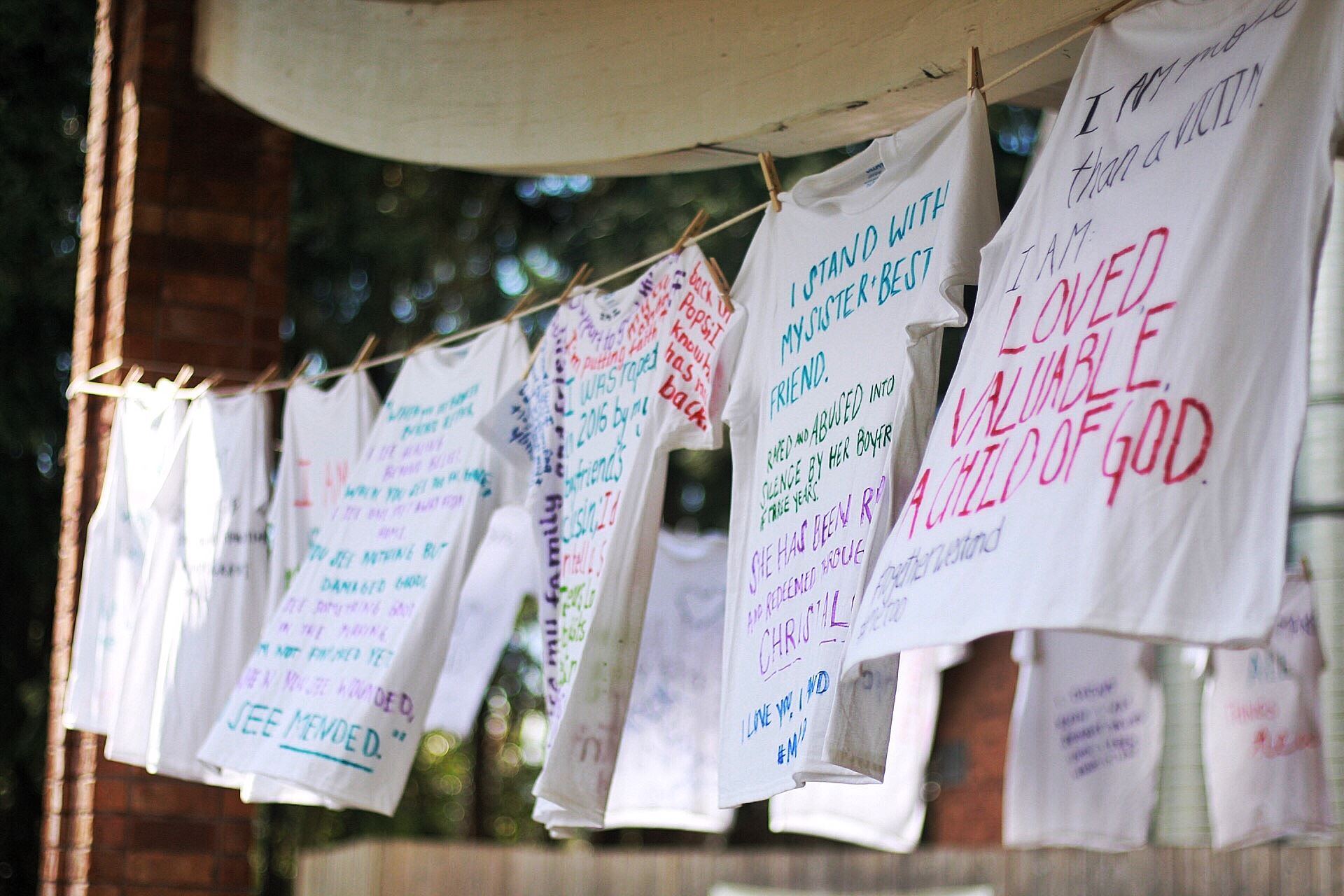 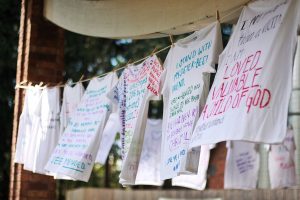 March is recognized as Women’s History Month. In honor of this month, along with various other projects honoring women, Northwest University took part in the Clothesline Project of 2018, which is a compelling witness to the acts of violence many people are faced with.

The Clothesline Project allowed any NU community member to anonymously share their story surrounding experiences of sexual violence and discrimination. The project originated in Massachusetts in 1990 as a community response to violence against women. The goal of the project is to show college students and community members that hope and healing are possible.

For one week, white t-shirts were set out in the Pecota Lounge and students were invited to anonymously write their experiences on a t-shirt in order to shed light on discrimination and sexual violence. Writing in black marker represented experiences of racism and the use of any other color highlighted the various stories of life after violence.

The shirts were then hung in front of the chapel, along with information about the Clothesline Project and resources for those seeking help or more information.

Student Marissa Arruda was stopped by the sight of the shirts hanging in front of the chapel. Arruda is one of the many students who took a few moments out of her day to learn about the Clothesline Project and read the messages of survival written by fellow students.

“I think [that it] is so great. It’s really great,” Arruda said.

The Clothesline Project aims to highlight hope and survival through awareness. One student, who wished to remain anonymous, has faced sexual violence and said they wished more messages of healing and hope were written on the shirts. Many wrote on the shirts what they survived, but the element of why they now have hope was less prominent.

“Every time I walk past it, it reminds me of bad memories and experiences that I have personally had… It makes me feel rather dismal the rest of the day because it’s a constant reminder,” the student said.

The student said they liked reading the shirts with scriptures saying things like, “He makes all things new,” but to read on one shirt that someone didn’t even know they were sexually abused until they found out what it was, hurt and triggered bad memories.

According to the official website of the Clothesline Project, its mission is to educate students and community members of the reality of violence everywhere, that help is available, and that there is a path to hope and healing. The projects hope is to stir up action by giving voices to those who have been silenced. In order to take action to prevent violence, the public must first be made aware of it.