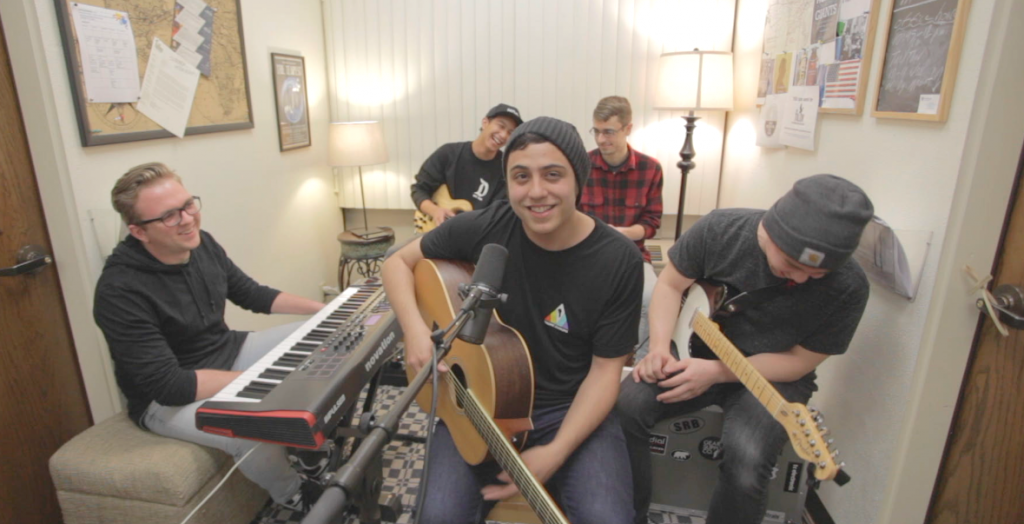 The Exhibit performing in Fee Hall. Photo by Landon Fleury

Since their formation in 2017, The Exhibit has continually thrived as one of Northwest University’s most outstanding bands.

The five-piece group –comprised of Christian Anderson, Matthew Lee, Andrew Toro, Jeffrey Adami and Darrick Strauss– caught the attention of thousands last year with their covers, which took pop songs and gave them a unique spin.

Moving into 2018, however, The Exhibit has been gradually stepping away from covers to focus more on writing and performing original music.

Embracing this direction, the band joined The Talon for a short concert in Fee Hall, where they showcased some of their new tunes.

The Exhibit’s set was a blend of danceable, up-tempo pop tunes along with intimate, acoustic-driven moments. Despite the songs all conveying different stories and themes, they worked together in a magical way. The passion and chemistry that each member of shared is more than evident.

The entire set is now available to stream on The Talon’s YouTube channel.