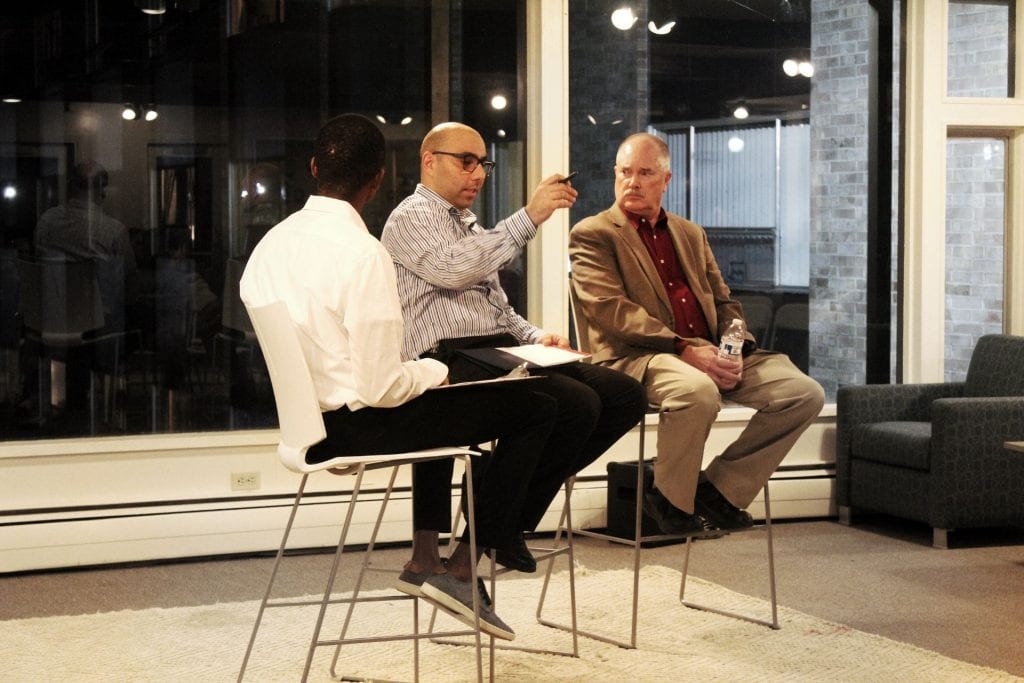 Musa opened up the discussion by providing Hamze with information from a student poll about satisfaction with the Caf. The main change students wanted to see was a larger variety of food, specifically on the weekends, as well as more fruit. When asked if there was a possibility of resolving this issue, Hamze mentioned the variety of foods already offered, and the changes that have taken place since the previous school year. The addition of seasoning, specials at the Grille, and peanut-free peanut butter were all based on requests, according to Hamze.

As far as variety on weekends, there has been the addition of the Tossed section being open for Saturday lunch and Sunday dinner; the only line not open on weekends is the World Fare line (i.e., the burrito/taco station during lunches on the weekdays). Other students complained about the poor hours windows on the weekends; however, Jordan stated that in order to extend these hours, they would have to increase the room and board rate by 4%. One student suggested taking a poll about preferred weekend Caf hours and then shifting the hours to accommodate the majority. Hamze and Jordan both agreed they would look into this.

Regarding the original question, Musa asked if there was a possibility of changes being made due to high demand from students. “I don’t have an answer right now,” Hamze said, and Jordan added that making changes is a process that takes time. Hamze provided more details about the variety of options now provided at the Caf, such as the new six-week menu cycle – rather than the previous four-week cycle – which now allows more options, as well as “premium nights” every Tuesday, which provide a special item not usually on the menu, such as s’mores or soft pretzels. Hamze has also worked with the chef to bring more variety to the World Fare line, including more diverse foods like Chinese, Lebanese, Greek, and Mexican.

One student asked what students with severe allergies should do to better navigate the Caf, as not all allergens are listed. She requested that a list of every ingredient in each dish be displayed by the food, so others could determine whether or not the food was safe to ingest. Hamze explained this would have to wait until the end of the first six-week cycle, but that he could eventually print out labels for each food after the cycle. He told the audience about an instance where a student was allergic to the oil used at the Grille, and they provided a single fryer with olive oil specifically for this student.

While student opinions continue to vary regarding Caf food and hours, ASNU’s Town Hall meeting showed that Hamze and Jordan are pleased with current progress but are open to working with students towards further improvements.

Commentary: the Perfect Car for the NU Student