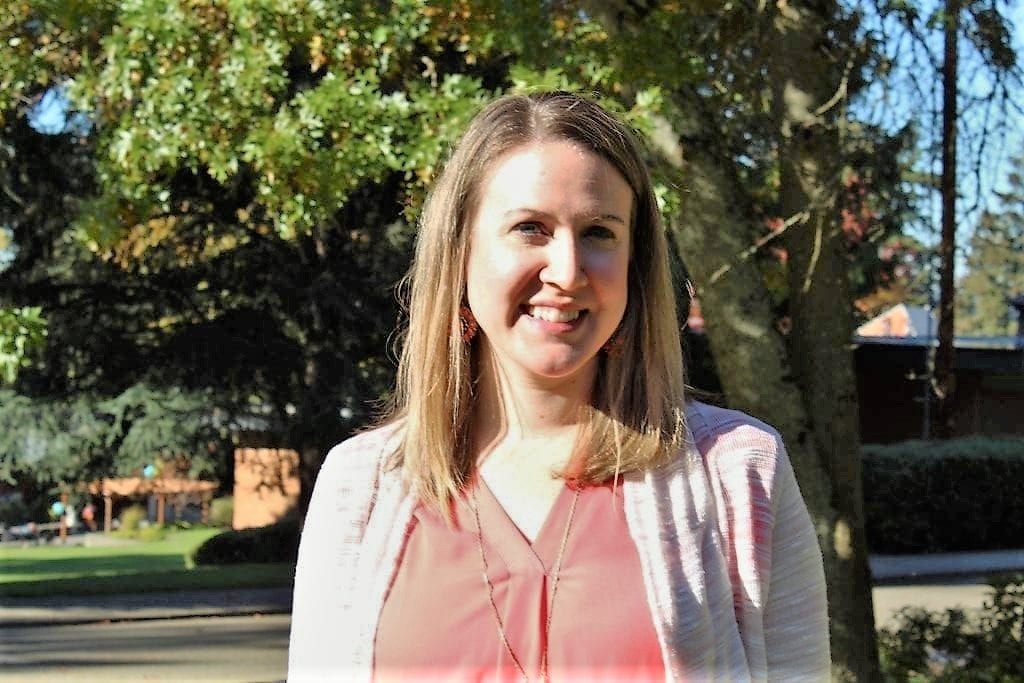 Fanshier might be new to NU, but her experiences and abilities with music are nothing new. Fanshier obtained her master’s degree in orchestral conducting from Messiah College in July. In addition to her academic achievement, Fanshier has participated in numerous orchestras, conducting the Maple Valley Youth Symphony Orchestra and as an instrumentalist in the Washington Wind Symphony, Olympia Symphony Orchestra and BachFest Orchestra.

While Fanshier’s primary job at NU is to get the orchestra program up and running, her responsibilities do run a bit deeper.

“They’re trying to keep me in my area of expertise so I’m [teaching] the music ed courses on instrumental music, I’ll be doing conducting starting next year … I’m helping out with music theory this year,” Fanshier said, “right now we’re kind of deciding where I fit in all the curriculum.”

Fanshier is thrilled to be part of Northwest University’s faculty and even described her position as her “dream job.”

When asked how she acquired the position, Fanshier chuckled at the memory.

Elaborating further, Fanshier noted that she once planned to be a professional clarinet player. In a strange turn of events, she spent a few years as a police dispatcher before eventually returning to music and opening her own private music lesson studio.

“At that point it was really obvious … that’s where I’m supposed to be,” Fanshier said.

“I know there were other candidates for this job … the fact that I was hired before my master’s was even totally completed was a huge wake up call for me, knowing that God is in charge,” she said.

Fanshier described her teaching and directing style as informal and friendly.

“At this level, we’re all adults. We should be bonding in a working environment … I want to have fun while we’re in rehearsal and I don’t want it to be a stressful situation,” Fanshier said.

Contrary to what some NU students and staff might say, Fanshier’s last name is pronounced “fan·sheer,” or as the professor herself would tell you, “it’s like ‘fans cheer’ but with an s instead of a c.”

“There’s a lot of experimentation going on and sometimes it’s not always pretty,” she said.

Beyond music, Fanshier enjoys baking sweets and reading vampire novels, as well as crafting, hiking, golfing, and spending time with her husband and son (named Marc and Carter, respectively).

Moving forward, Fanshier is looking to build up the NU orchestra and wind ensemble to a point that the university can have a singular symphonic orchestra  with the capacity to play epic pieces that combine strings and winds and percussion. This is the professor’s first and biggest long-term goal in her NU career.