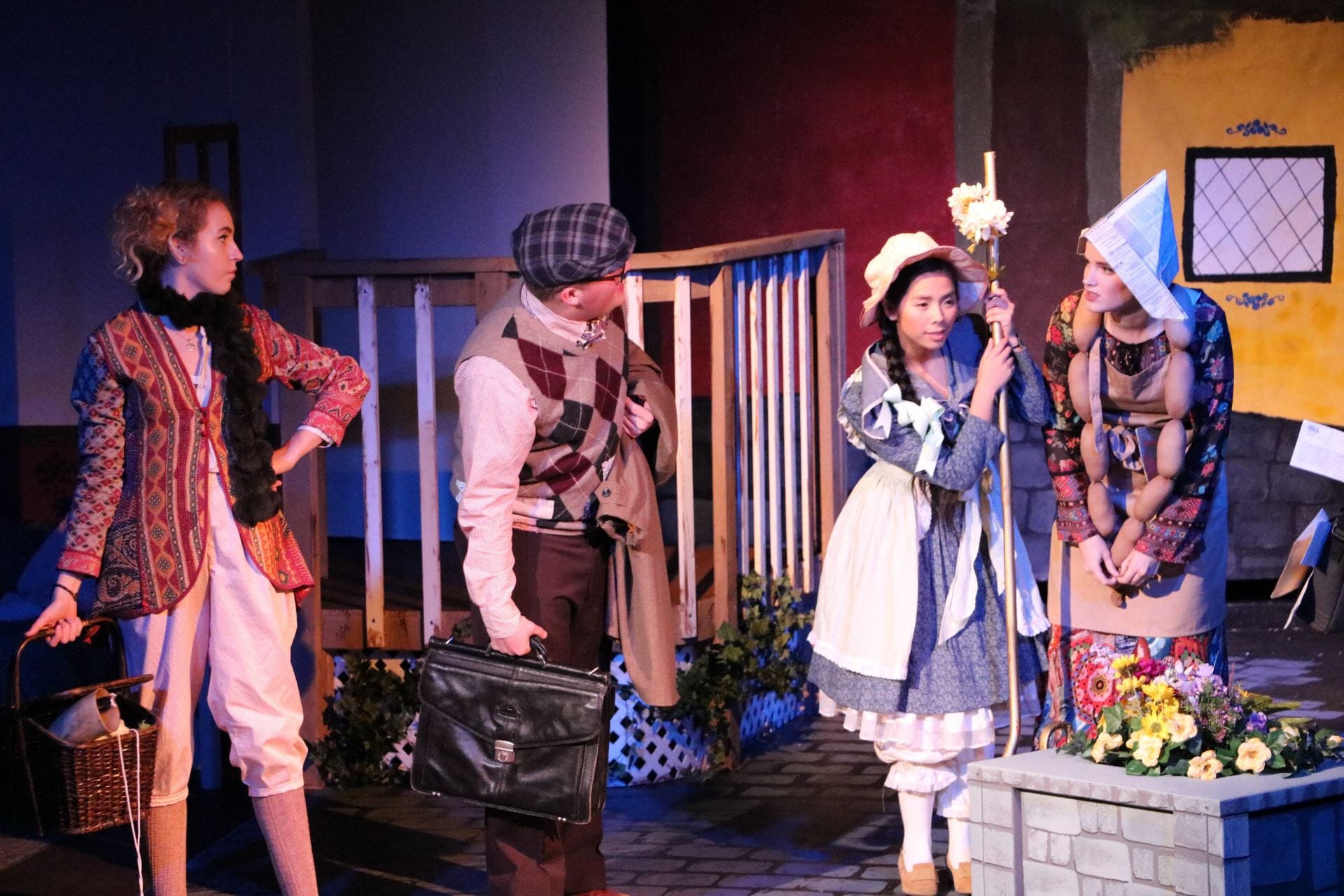 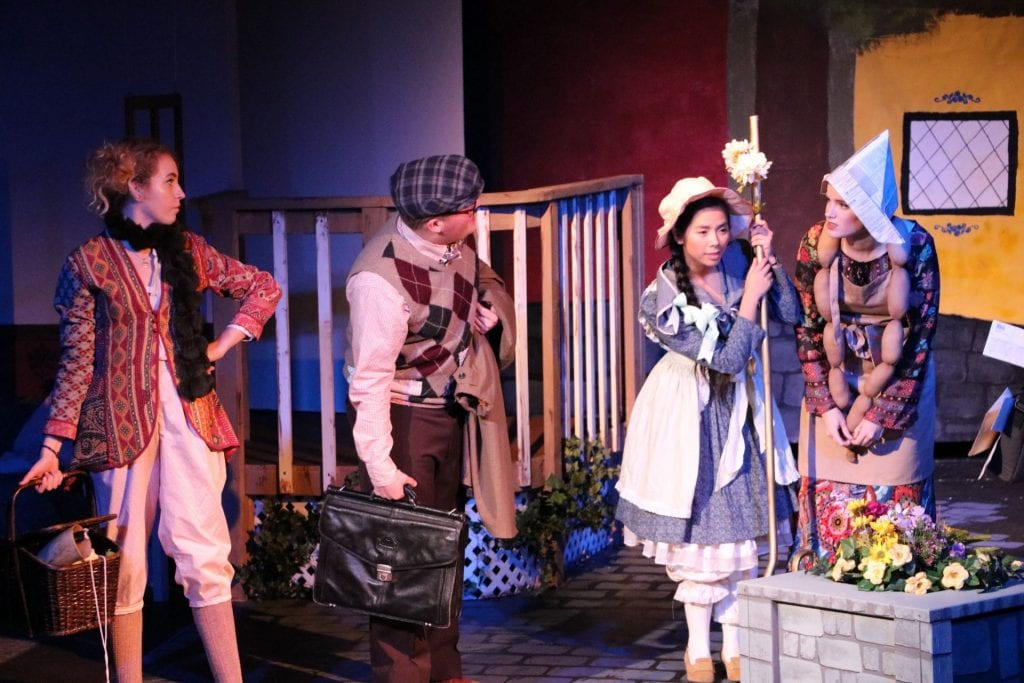 The NU Drama Department’s production of “Fools” by Neil Simon opens this Friday, November 2, and the cast and crew have been working hard for months perfecting the show.

The play, which Director Chrystal Helmcke selected last year, takes place in the small Russian town of Kulyenchikov, where the people are under a curse of stupidity. Helmcke said the comedy has a preposterous plotline, and is full of crazy characters. The play centers on Leon Tolchinsky, a new schoolteacher who tries to break the curse by educating the townspeople; complications ensue, however, when he falls in love with one of his pupils.

Sophomore Breezianne McClenahan plays Snetsky, a shepherd who can’t seem to keep track of her sheep. She said she enjoys the bad puns throughout the play, as well as the humorous and clever writing. 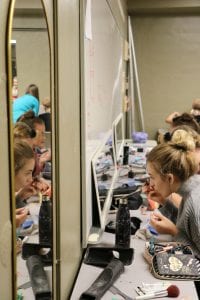 Cast and crew put on the final touches of make-up. Photo by Amanda Christopher.

“There are lots of puns,” she said, “which is one of my favorite things.”

Gary Gillespie, Professor Emeritus and former Chair of the Communications Department, plays the Magistrate, who is responsible for law enforcement in Kulyenchikov. Part of the fun of preparing for the role, he said, was developing a Russian accent.

“I watched a lot of YouTube videos,” he said.

The play is fun and comedic, but there is a lot to be learned from it as well. Helmcke said that the power of community to transcend calamity is one important takeaway. This theme connects “Fools” to the upcoming spring play – “The Women of Lockerbie” by Deborah Brevoort – which also deals with a small town facing a crisis, albeit of a different kind.

Another important theme presented in “Fools” is the power of education.

“There are so many problems with society where people are ignorant,” Gillespie said. “Education is a way to redeem society.”

Playwright Neil Simon died this August, at age 91, which added significance to the preparation and performance of “Fools.”

“We get to honor his memory and his tremendous contribution to American theater,” Helmcke said.

Helmcke said she hopes that students will attend, not only to support their peers, but also to take a break from studying and enjoy the culturally-enriching play.