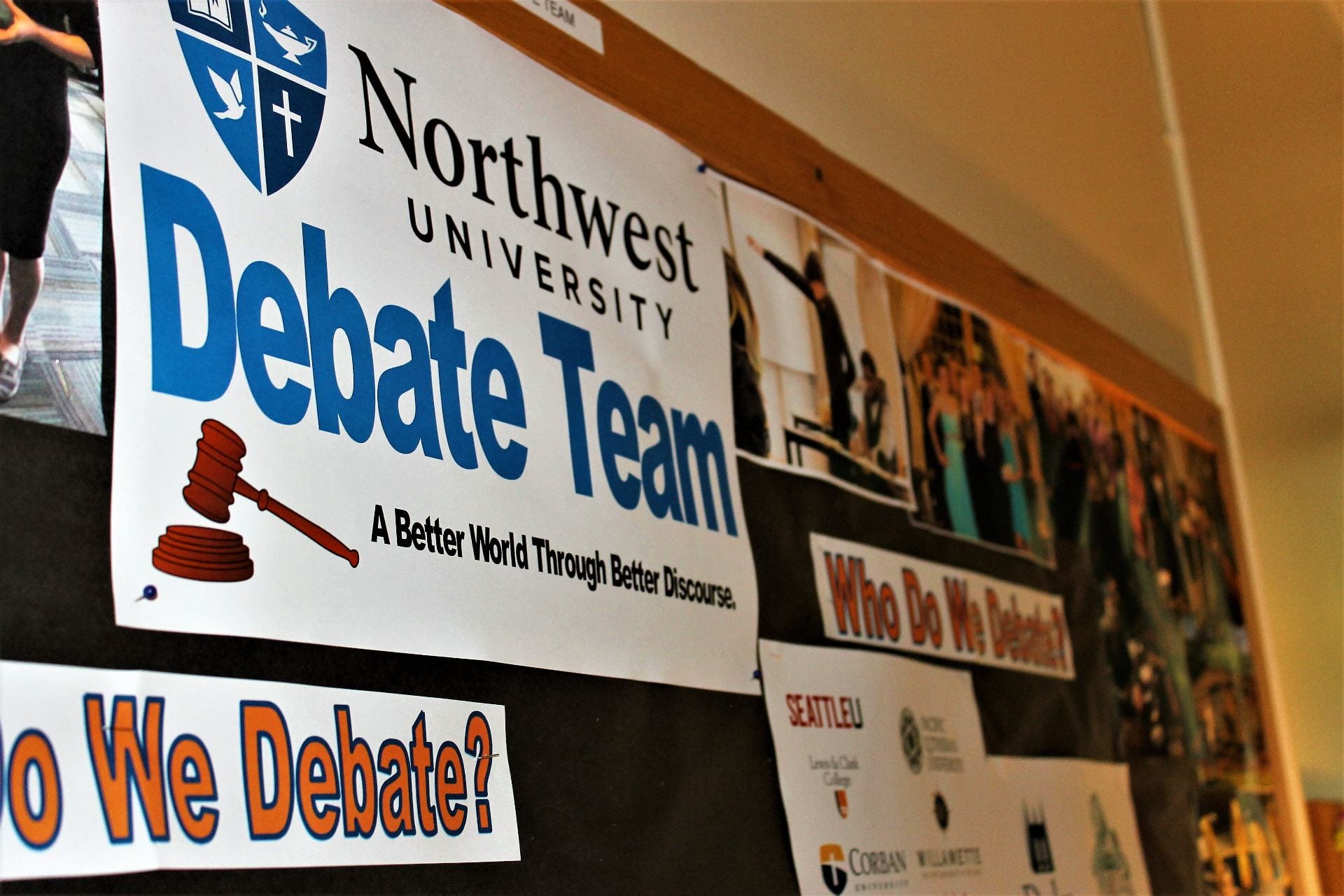 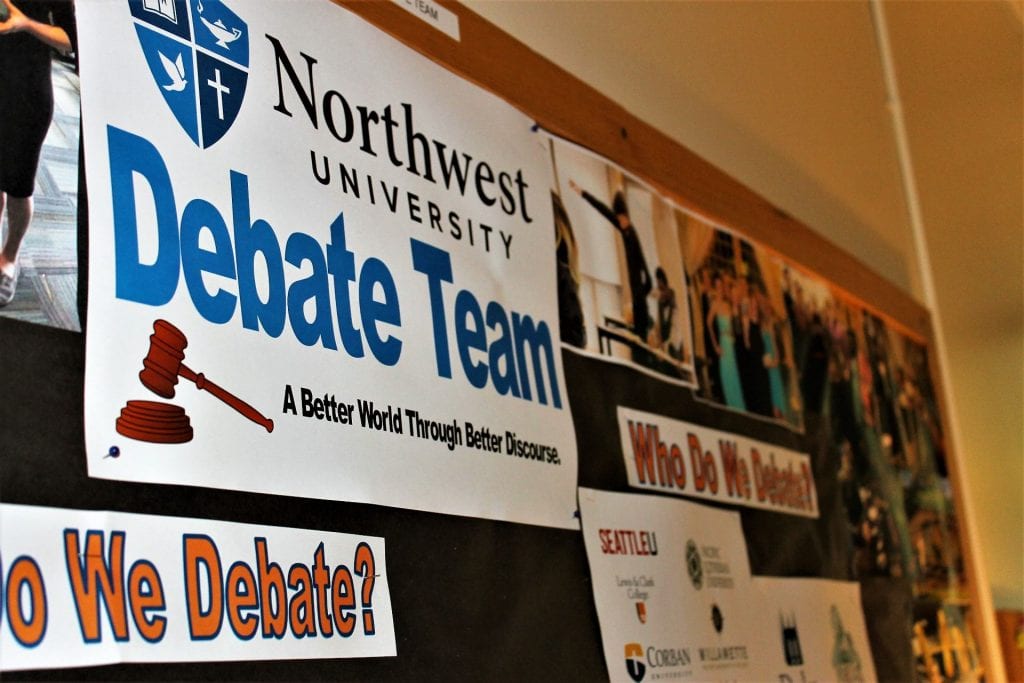 Colleges are meant to prepare students for the harsh realities of the real world by equipping them with the mental resources to survive after graduation. It logically follows that the mission of Christian universities is to do the same, but with the additional task of empowering Christians to thrive in a world hostile to the faith. Ignoring that fact is not healthy, because hiding one’s faith is contrary to Jesus’ directive to go unto all the nations and make disciples. So, how does one manage the hectic stress of skepticism bombarding the faith with the ancient artillery of nonbelief and competing belief systems? Getting defensive is counterproductive, so what is one to do without alienating the lost and those who have left the faith?

This looks like a job for debate, rather than arguing. What distinguishes the two is the attitude and intention behind them. Arguing aims for logical domination over the opponent with more pathos (emotional appeal) than logos or ethos (arguments based on reason and character). Debate concentrates on civil discourse over a topic, with genuine questions of clarification to ensure the other side is being represented fairly and accurately. The later is what the Debate Society here at Northwest University leans towards.

What does the world of debate look like, compared to the stereotypes attached to arguing? Experienced debaters would note that debate contributes to the community by confronting important issues. This is this accomplished by being informed on current news and ethical dilemmas, so that the debaters are ready to take on their opponents with civility but firm conviction. Some quick tips and tactics deemed most useful and accessible by members of the team are to listen first, talk second, and to remember that convincing isn’t just about being right; it’s also about delivery.

The NU Debate Team puts these ideals to the test almost every weekend. The weekend of October 12-14, most of the the debate team traveled to Oregon, where the Open team of seniors Tyler Whitney and Bethany Williams were semifinalists. On October 20-21, a pair of two-person teams from the club traveled to the Rocky Mountain Championships in Denver. The first team of Whitney (who serves as team Captain) and junior Benjamin Simila finished as semifinalists (Top 8) in the tournament, which is one of the largest in the region. Whitney also tied for 9th place in speaker points — an individual scoring system — out of 144 debaters!

Competitive debate does lend itself to a certain structure. It’s not like a forum where politicians talk over each other, fighting for the limelight. The system Northwest University participates in is called “British Parliamentary”, where a duo faces off against three other duos for points, while teaming up with one of the other pairs so that it’s four versus four. Having a partner to help you with brainstorming is less daunting than going solo.

So, if any of this is appealing, why not join in on the action? Topics range from political to fun, depending upon the news cycle. You are not required to travel with the team, if that is too much for your schedule. If you are unsure about the benefits or have any questions, you can visit the team on Mondays, Wednesdays and Fridays from 3:45-5:30pm under the Library in room H-110, through the International Studies section.