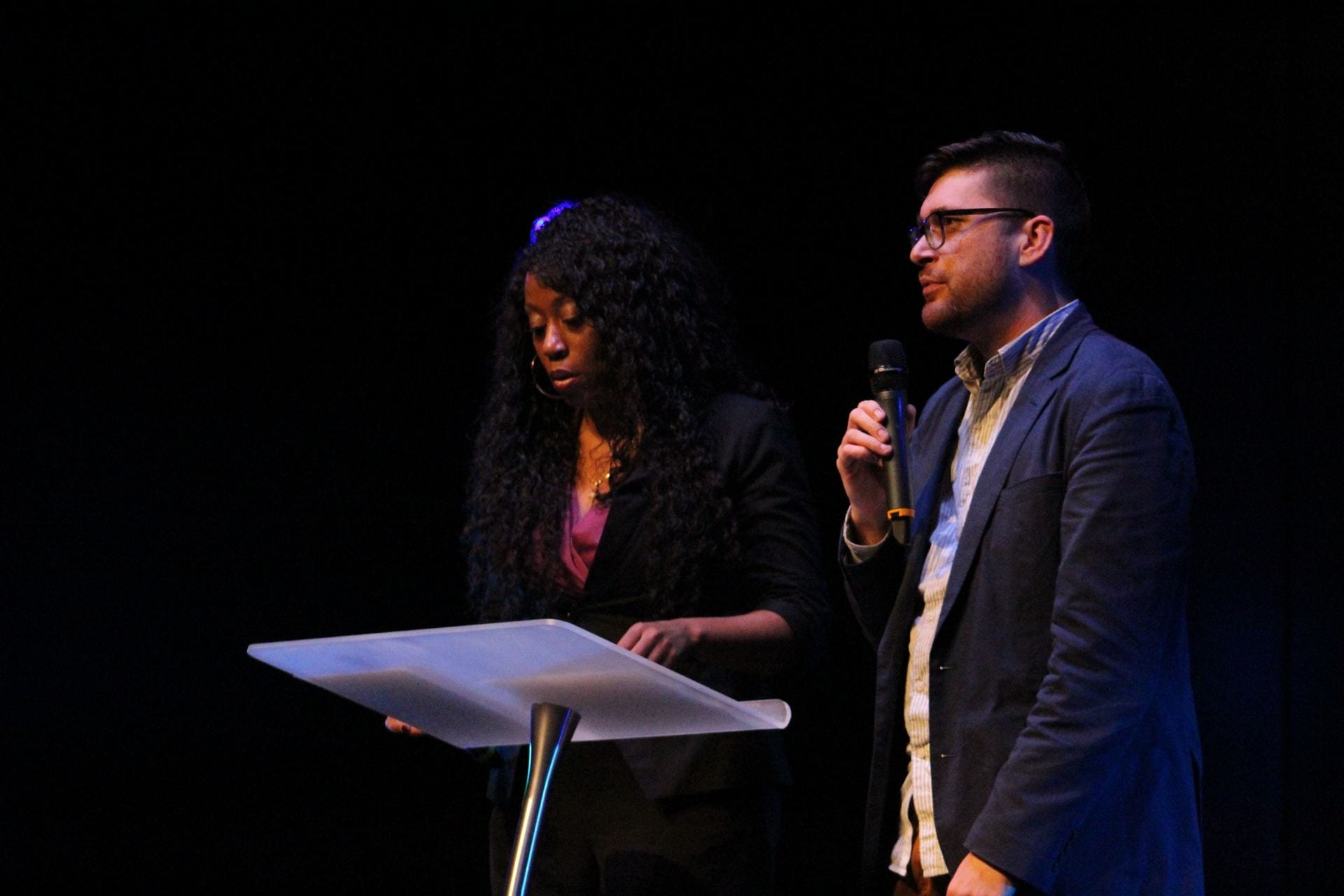 Q-Union, a national event that celebrates diverse community in an attempt to engage culture well. This year’s theme focused on “The Power of We,” which encompasses a desire to revive hospitality and cultivate community between people of faith and the rest of society.

Northwest University had the privilege of hosting the evening event at Butterfield chapel where students were able to listen to video talks from Jo Saxton, Scott Harrison and Bob Goff as well as listen to student speakers including Emilie Heisel, Jonathan DeMacedo and Holly Hollopeter.

The night began with a video from Saxton, who spoke on “The Gift of Hospitality.” Saxton explained that hospitality is the choice to love people as an equal. She called the audience to act on this love without grumbling or discrimination.

“The definition of hospitality is a love, a friendship—viewing someone as an equal with a love directed towards the other,” Saxton said, “I think our challenge is whether we can show one another true hospitality.”

Emilie Heisel speakinig on “The Power of Hope.”

Heisel continued the evening with a testimony of her parents’ relationship as she spoke on “The Power of Hope.” Heisel acknowledged the challenges of life and how the deviation from self-made plans can result in a feeling of hopelessness. While many continue to wallow in these emotions, Heisel encouraged the audience to overcome these feelings to find the beauty in God’s plan. She explained that possessing hope is key to trusting in God’s plan.

Following Heisel’s talk, DeMacedo spoke on the relationship between God and our plans. He called out the fears of many Christians to fully embrace God’s plan. While many people fear that God will call them to do something radical, DeMacedo asks how God’s plans could be anything less than the best for us. DeMacedo questions how we could question God’s invitation to walk with him in a life set out before us by fearing what we do not know we desire. We desire relationship with God and living according to his plans allows us to act on these desires despite the situations we may not have expected along the way.

“This question of ‘Lord, what is your will?’ is so often nothing more than a thinly veiled attempt within our nature to force God to bend to our desires,” DeMacedo said, “perhaps more sinister, however, is tricking ourselves into believing that what God has for us is less than the best.”

The final two video speakers, Harrison and Goff, spoke on “Solving Problems Together” and “Everybody Always,” respectively. Harrison shared his testimony on his radical life change reliant on the acknowledgment of the worldwide problem of bad water quality. Recognizing that many people are unable to access clean water, Harrison took on a whole new life to work to provide this universal need. He also discussed the beauty of people with different backgrounds and lifestyles setting aside their differences to work together for clean water.

Following Harrison, Goff spoke on the why of our actions. According to him, it is good to act hospitably and to engage with the community, but it is not complete unless you know why you are doing it. Goff called the audience to act like Jesus—to love like Jesus. Goff’s message emphasized the importance of looking for the opportunities to fill the needs of others.

“The only thing that matters is faith expressed in love” Goff said.

Holly Hollopeter speaking on “Everyone, Everywhere.”

Hollopeter concluded the evening with a discussion titled “Everyone, Everywhere.” In her message, Hollopeter talks about how we do not have to actively seek the world because it comes to us. She explains that we are surrounded by people of different cultures and backgrounds. People who pursue Jesus in different ways. Hollopeter concludes that learning from others is not a large commitment full of planning and financial sacrifice but an everyday choice to engage with those that surround us.

Q Union as a whole was an event geared towards asking difficult questions and leaving with a changed perspective on the world. As we move on from this event, let us pursue a renewed sense of hospitality and love for those around us both strangers and friends. NU does not plan to continue this event in the future, but is instead planning to create a new event where students will have the opportunity to engage with difficult questions in a more intimate way.

Editor’s Note: Holly Hollopeter is on staff with the Talon as the Photo Editor.