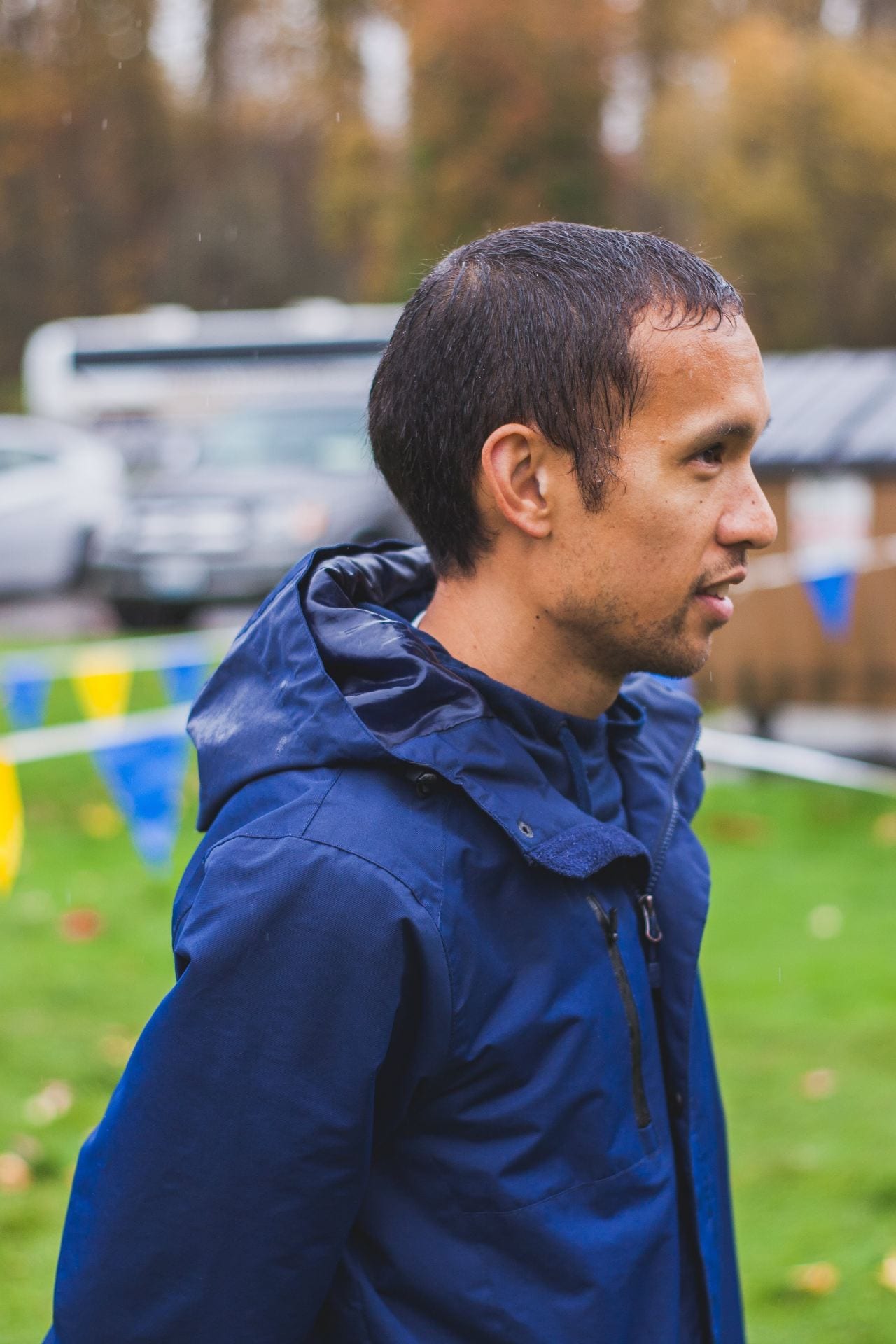 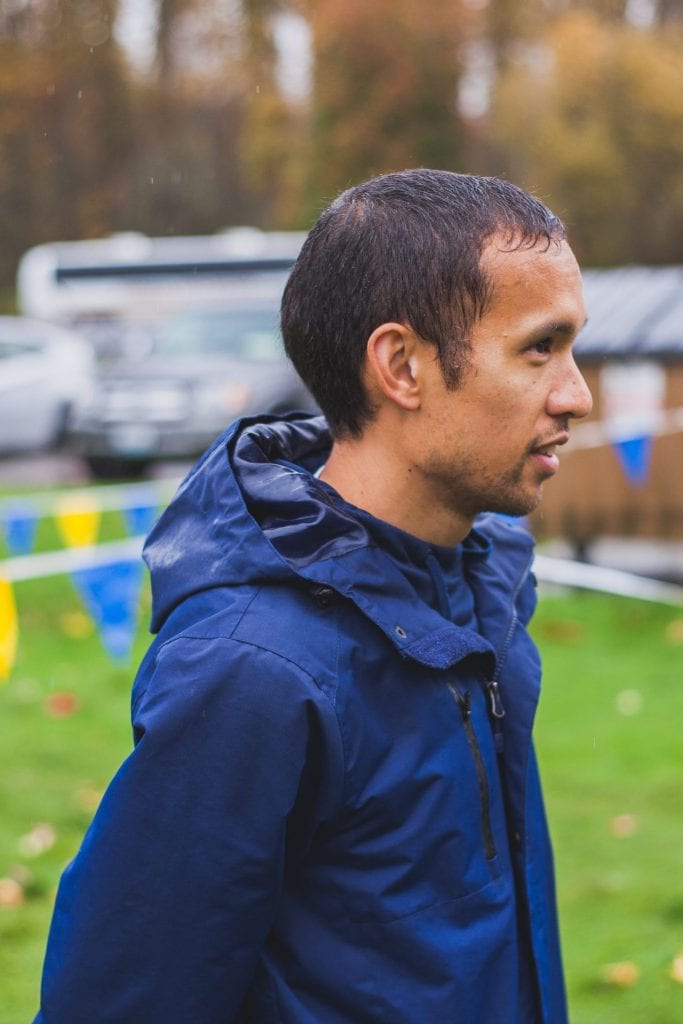 NU president Dr. Joseph Castleberry announced Mandi’s receipt of the award in an email to faculty, congratulating Mandi on the honor.

“He and [his wife] Alison—who deserves equal praise for her fine character and Christlike love—deserve our deepest appreciation,” Castleberry said in the email.

Mandi has coached at NU for 10 years, but says he was surprised and honored to be recognized among a conference of coaches he greatly admires.

“[One] of the funny things about receiving this award [is] I don’t feel like I’m deserving of it,” he says. “Every year God has just continued to grow me in so many areas, and I look up to a lot of coaches not just here at Northwest but in our conference and so to think [I was chosen] doesn’t seem right, you know?”

Mandi says he is deeply grateful for the people he is surrounded with, and credits his wife, Alison — an assistant coach for track and field and cross-country at NU — for being a constant support and encouragement.

Mandi says he feels like the award belongs as much to his entire coaching team as it does to him.

“This award really is like a team award, because even if I’m the one getting the recognition, I’m not the one pulling all the strings and doing everything,” he says. “And God, he’s really just provided some great help for me too.”

Mandi began competing in track and field and cross-country at Mariner High School in Everett, WA after being introduced to the sport by his best friend. He went on to be a walk-on track and field and cross-country athlete at the University of Washington. It was while he was competing at UW that he met his wife and converted to Christianity, the latter of which led to his passion for coaching.

“When I got saved at this camp [The Altitude Project, a camp for Christian collegiate distance runners], we talked a lot about ‘audience of one.’ Everything you do is for God,” Mandi says. “I wouldn’t have coached if I wouldn’t have been saved.”

Mandi says he is confident that God has worked every experience in his life for a purpose.

“There were so many things that I know were so far out of my control, that I shouldn’t have been where I was, but looking back on it, God’s plan was in it, and there’s a plan of salvation in it and this passion to run was tied into him saving me and meeting me there,” he says. 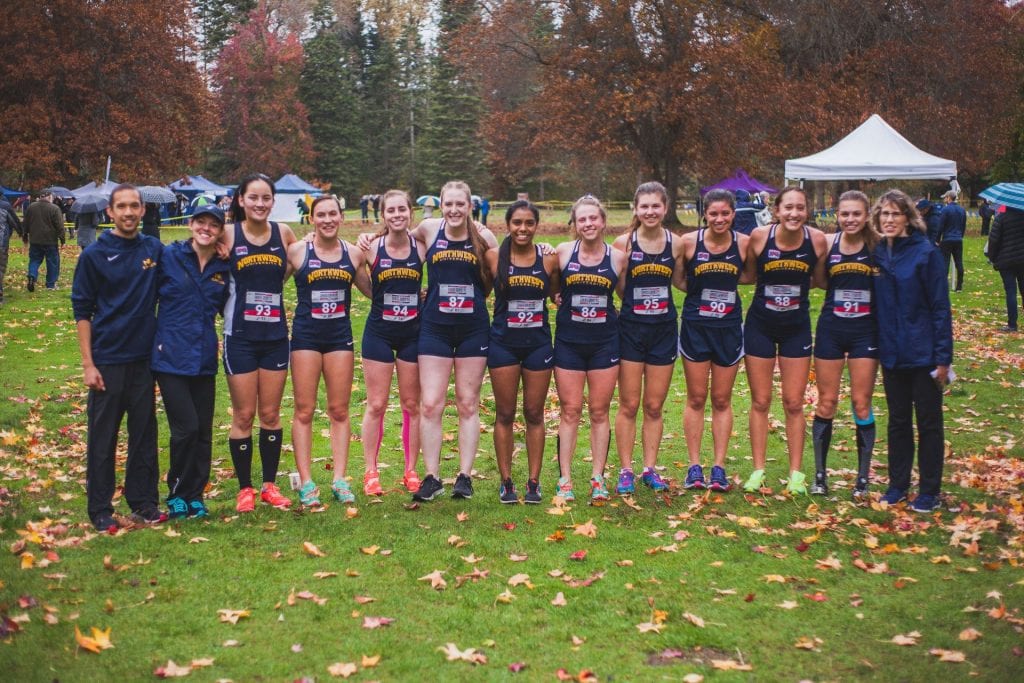 It is this focus on viewing athletics as a way to glorify God and bring others into a relationship with Him that Mandi says drives the way he coaches. Although his job is to bring out the best performance student-athletes have to offer, Mandi says he is constantly reminding himself and his athletes that their performance, in the end, is not the most important thing. He says he strives to make sure that he cares for them because of who they are and because of the great things God is doing in them.

“There might be times where I am more concerned about their performance than I am about their soul…God save me from myself, because I don’t want to be like that. I don’t want them to think the only reason I’m there for them is because they ran this fast,” Mandi says.

NU cross-country and track & field athlete Emma Horn has been coached by Mandi for three years, and she praised her coach for the sincere way he values his students.

“He says running is a gift, and he coaches like that,” Horn says. “He values us first and foremost as Christians, which is really cool. He’s someone who you can always talk to about just how you’re doing, and he’ll stop no matter what he’s doing and pray for you. He values our faith over everything, and us as students, and he balances that well with what he can push us to do [as athletes].”

Mandi says he is thankful to be at a university that allows him to preach the gospel through his coaching.

“It’s so easy to have [your identity] in athletic performance, academic performance, in a relationship, all those things … so that would be the biggest thing, just to remind each other that God died for us, he sent his son for us that we may be found it him,” he says.

Mandi teaches his students the importance of living a life that is pleasing to God, not the world.

“The big thing is just integrity, and continuing to remind each other it’s not just about how others perceive us its really about is God pleased with what we do,” Mandi says.

Horn echoed Mandi’s words, and commended the way he teaches his students how to strive for success in the eyes of God.

“It’s so easy to let myself get caught up in what the world says success is, but Coach just has such a good grip on what godly success looks like,”  she says.

Mandi says he truly views his calling of serving God and leading his athletes to Christ first, and helping them achieve their athletic goals second. Achievement, to him, is the result of an overflow of walking out the Christian calling to love God and each other.

“God has always reminded me that my calling here is to shepherd the flock,” he says. “It’s not to put trophies all over my office or things like that. If those things happen, great, but [my job] is to help students be the best that God has made them to be.”

Horn says she is grateful for the stellar example Mandi gives in the way he lives every aspect of his life.

“Looking at his life, his marriage, and his family, and the way that he serves at his church, he’s just very selfless in everything, and his family is like that too,” she says. “I am going to strive to be someone who is like that, who loves so well.”