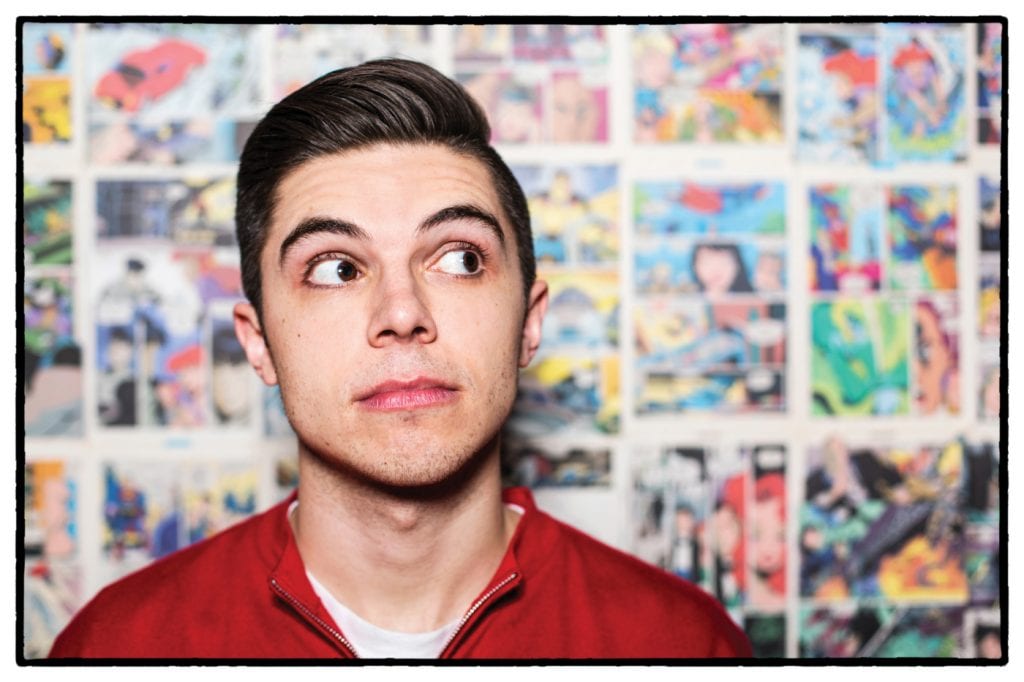 It’s no secret that Northwest University is a haven for student artists. Thanks to Creatio Studios and SAB, NU students have the opportunity to write, record and perform music in an extremely welcoming, creative environment.

Unbeknownst to many, however, NU is also home to a number of musically talented staff members. Students may be surprised to find out that one staffer in particular –Isaac Peabody– is a recording artist currently signed to one of the biggest labels in Christian music.

Peabody came to NU in 2012 as a student and made his mark as a musician before graduating in 2014. He released a singer/songwriter EP entitled Steps a few months before his graduation.

Although Peabody was hired by NU as a graduate, that didn’t stop him from continuing to pursue his musical career. The aspiring artist continued to write and perform music, eventually leading to the release of a folk music EP entitled Indigo in 2016. Indigo earned Peabody recognition previously unprecedented in his career, even gaining some attention from Centricity Music A&R John Mays.

In a unexpected turn of events, Peabody was signed exclusively to Centricity, which is home to artists such as Lauren Daigle, Jordan Feliz & Jason Gray, after he put out a carefree, self-produced hip-hop mixtape called Healthy Snacks under the moniker “Peabod” in 2017. The label had the mixtape taken down to be reworked, remarketed and reissued as a full-length album last June.

Unsurprisingly, Centricity was able to take Peabody’s music to the next level and expose his distinct hip-hop sound to a much wider audience, with the album’s lead single “Shoot from the Hip” garnering over 400,000 streams between YouTube and Spotify. The signing also led the music video for “Summer of Fletcher” being featured exclusively on the popular YouTube channel Rapzilla.

Peabody’s sonic direction is self-described as being like “light and freedom and color and childlike wonder … the sounds of a kid in a candy store” in the album’s first track, “A PEAceful Introduction.”

Peabody noted that while he was writing the mixtape, he was heavily influenced by listening to Chance the Rapper, further explaining that he really enjoys the way Bennett incorporates joy into hip-hop and how he wanted to somewhat emulate that. Peabody also says he likes taking influence from uplifting bands, songwriters and producers like Coldplay, Jon Foreman and Peter Cottontale.

Peabody added that he initially felt very hesitant about expanding his horizons to hip-hop. “I want to be taken seriously … I’m so dorky and I have no ‘street cred’ or anything,” he said. Peabody described the process of beginning to make this style of rap music as “liberating, even though it was goofy.”

Though Peabody is a full-time marketing content writer at NU, his job hasn’t gotten in the way of his life as a professional musician. “My vacation days have covered all of my shows so far,” Peabody said, ”I’m really lucky to have a boss who’s super supportive of what I’m pursuing.” The rapper has performed at numerous camps, universities and music festivals throughout 2018, including Lifest and Liberty University.

To round out the year, Peabod will be performing a homecoming show to a sold-out crowd at the Crocodile in Seattle this Monday (11/26). Andrew Robertson and Jacob Weaver, who both worked with Peabod on the Healthy Snacks mixtape, will be opening the concert. More information on the show is available here.

Peabod will be playing a slew of new songs at the concert, including his recently-released holiday single “Neverending Christmas.” Listen to the song here and check out the music video below: