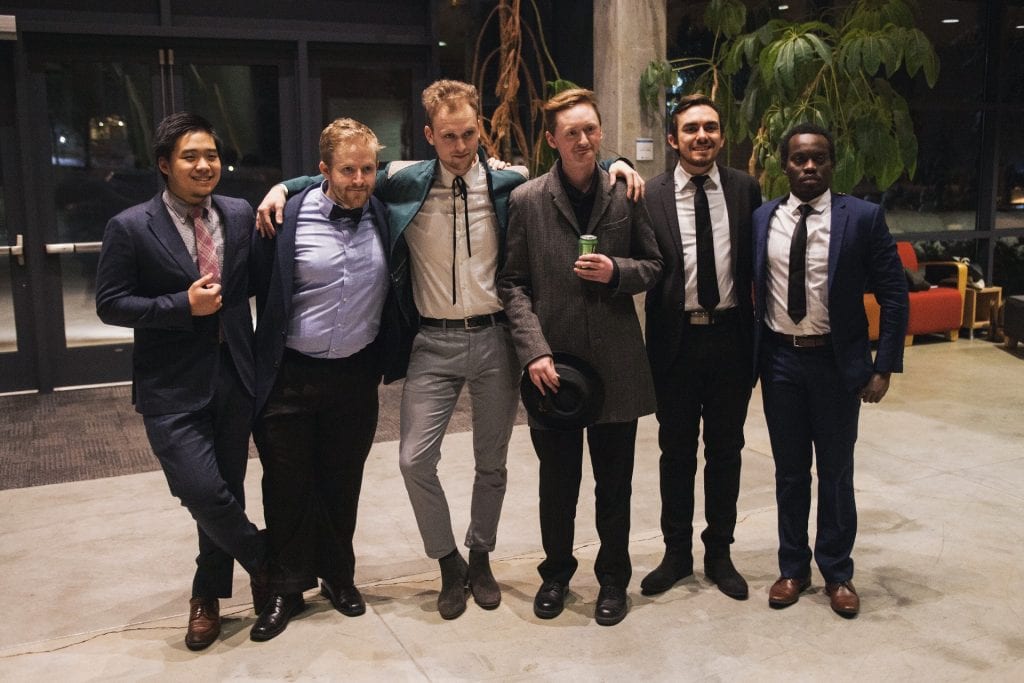 The event is designed to bring the NU community together to watch a fun and entertaining night as seven young men from each respective living area compete for the title of Mr. Northwest.

A twist this year is that of the seven candidates, three share the same first name.

The candidates from the Guy-Perks-Crowder (GPC) residence halls include Drew Robertson from The Brotherhood/Sisterhood, Kotaro Mito representing The Jungle, and Carson Wise from The Wolfpack. Gray-Beatty candidates include Jared Reynolds from The Hive, Jarod Wright representing the Ducks and Chicks, and Jared Rosas for The Pride. The last candidate for this event is Patrick Kimani Nyambura, who will be representing student apartments, the Firs, and off-campus housing (FOA).

The contestants will be judged in the following four categories; talent, interview, formal wear and choreographed dance.

Cowboy hats and boots will make an appearance on the night of competition and the contestants are already planning ahead for the western themed event. Nyambura said that he found his cowboy boots for the show for $1.79 at Goodwill. If ever in need of a bargain shopper, Nyambura may just be your guy.

When the contestants were asked about how they feel about being a part of Mr. Northwest, most expressed excitement for the upcoming competition.

Wright mentioned that he had a suspicion he would be the chosen one from his floor.

Nyambura said that he was both excited and nervous to represent the students of FOA after receiving a text from his RA asking if he would be willing to participate in the event.

“I am very excited, and I think it is very important to be a representative of a group and that it is a new thing for me to do,” Nyambura said.

Nyambura explained that a contest like Mr. Northwest is a new experience for him and how trying new things can be nerve-wracking.

“I am from Kenya, I do not want to do these things because they are all new to me. I am excited to be a part of an event that brings the NU community together,” he said.

Robertson on the other hand has a history of involvement in the Mr. Northwest contest. Robertson and a friend started Mr. Northwest by interviewing single students while cracking jokes, which eventually led to the creation of the male beauty pageant.

“This is my last year and I want to round it out and take the win and hold the crown,” Robertson said. “The whole purpose of Mr. Northwest is to take something weird and make it funny.”

Robertson also says he lives on a floor with mostly freshman guys and says, “it is a great opportunity.”

When asked why they think they should win Mr. Northwest, a few candidates expressed that the idea behind the crown and success comes from wanting to win for their living area.

Wright said he wants to win “to allow my floor to rise up above the others and be a wonderful representation of this campus.”

When asked about why he should win Mr. Northwest, Nyambura said that “based on the theme with all the western clothing, it would be interesting to have a winner who is not from a western country.”

Come out to support your favorite Mr. Northwest contestant on Thursday, Feb. 28th, at 8:00 p.m. in Butterfield Chapel.