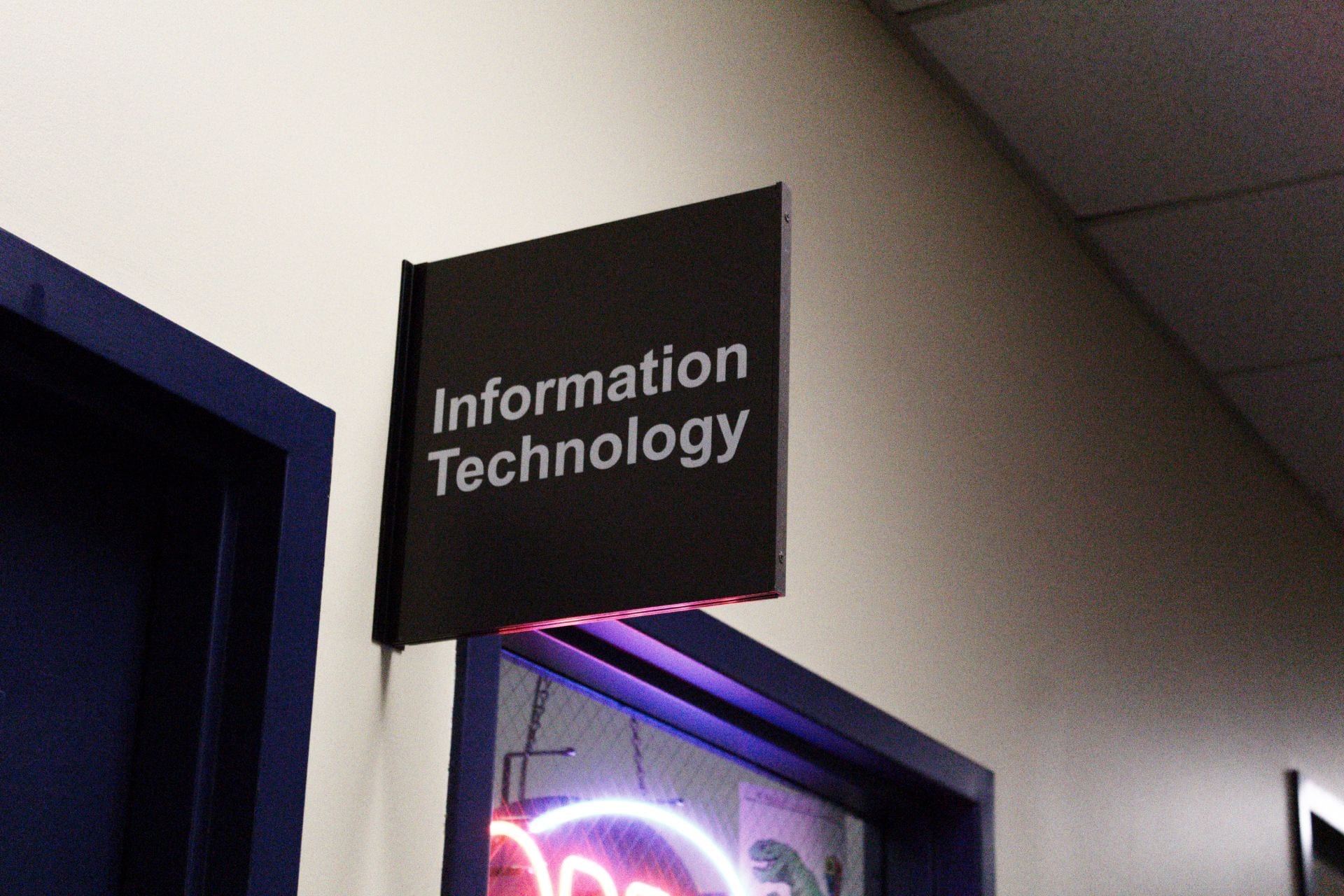 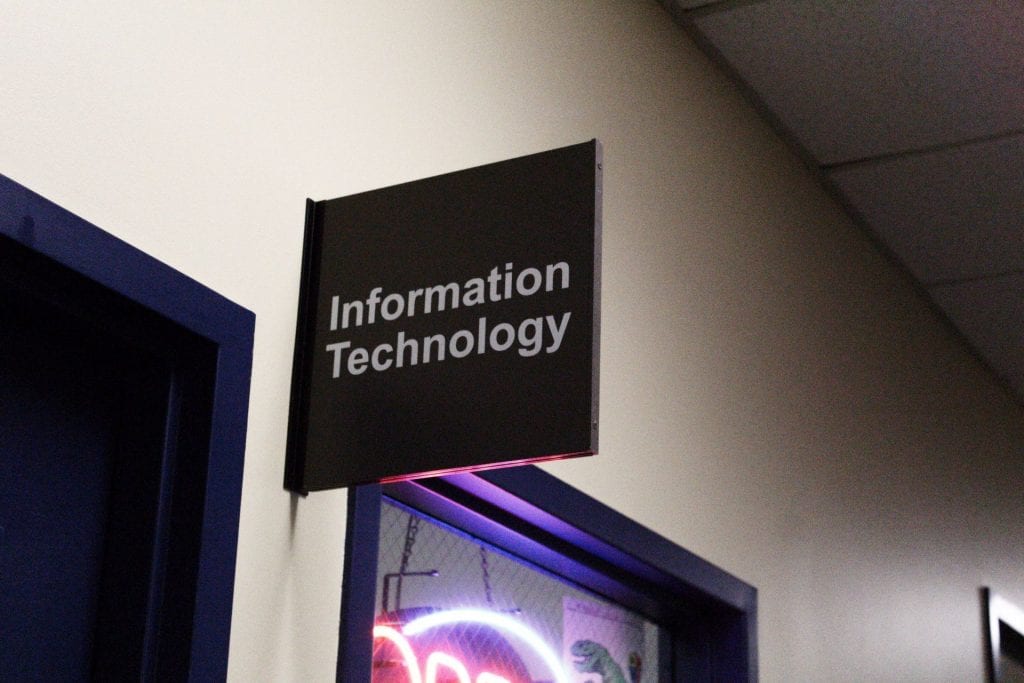 By Tyler Milligan and Danielle Nye

Editor’s Note: the following is an opinion piece based off of research and interviews conducted by the writers in Fall 2018 and does not reflect changes made since that time. Opinions expressed are the writers’ own, and do not necessarily reflect the opinion of the Talon as a whole.

Northwest University may offer a wider variety of programs and majors than other universities, but as students, we cannot help but notice the university is lacking programs in several important fields or “missing majors.” NU has come a long way since its beginnings as a bible college, and is now an accredited university that offers undergraduate and graduate degrees in multiple fields.

In a recent interview with the NU student podcast “The Screech”, NU president Dr. Joseph Castleberry has “aggressively [added] graduate programs,” and foresees a day “not too long from now, where Northwest University will have more graduate students than undergraduate students.” However, with the addition of new programs and majors come other issues and concerns for a small urban university like NU, including staffing, student interest, and enrollment.

There is a process involved in establishing a new major and making sure it stays popular enough to continually be offered. Through research into these topics and an exploration into one of NU’s newest programs, we were able to sort through some of the confusion surrounding the addition of new programs, and how the school could go about adding new majors in the future.

In March of 2017, NU announced a brand-new program being added to the university, a Bachelor of Arts in Information Technology. According to NU’s website, this new program would “help prepare students for a career in the information technology field and apply information strategies that address real business needs.”

The program was supposed to launch in the fall semester of 2017, but a category for the program was surprisingly absent from the course schedule for that semester.
In the semesters since its launch, only the fall 2018 and spring 2018 catalogs have classes listed under the information technology code, INTC. Although there have been classes offered that are requirements for the major, they have been listed under codes for the business department, which creates confusion for students who are interested in taking a class in the new program as an elective.

The NU website outlines the major requirements for the IT major, and after comparing the course listings for the last few years, the only classes that have been offered that the course catalog explicitly states are the classes that are listed in the attached infographic.

Student Christian Kopet, a junior business major with an information technology minor, is currently enrolled in Intro to Computer Science, an online class that was not listed on the official course catalog sent out by the NU registrar’s office. Further confusion circulates around the structure of the program; Kopet is unsure who is currently heading the program.

The announcement article states that Microsoft engineer and 20-year veteran of the technology industry Dr. Kiran Wilson, would be the head of the program, however Wilson’s name is now absent from the Eagle directory.

Despite the confusion, Kopet is optimistic about pursuing a minor in information technology. Kopet says that he enjoys “technology and learning how to use it [and] the classes are going well,” and that is enough for him.

Intro to Computer Science is taught by Professor Eric Johnson, an adjunct faculty member in the College of Adult and Professional Studies. Johnson said he designed the course over the summer, and is currently teaching the class online to his two students, Kopet being one of them.

Johnson says he is optimistic about the future of technology-related majors at NU.

“I think it will grow, but probably somewhat slowly, and it will likely be most popular among those seeking applications of computer science and technology in other pursuits (e.g. in medicine or business), rather than pure theoretic computational theory,” Johnson says.

Johnson noted that NU is definitely not attracting the computational theorists who would find themselves far better off in established programs such as UW, where he earned his bachelors’ in Computer Science.

“NU isn’t yet really a place interested students would necessarily seek out for this type of program, in the sense that it is for [programs such as] ministry or nursing, though we are trying to provide the relevant courses for those who take an interest,” Johnson says.

Johnson’s idea that IT and computer science courses are aimed at those interested in trying out these fields is a good approach for NU to take while the program is still in its infancy. However, this approach is being mishandled and there is obscurity and confusion surrounding the IT program and other smaller programs.

Without a dedicated section for the program existing on Eagle, confusing public facing information on the universities website, classes not being listed on course catalogs, and confusion surrounding the structure of the program, the information technology program appears to be in a state of limbo and interest in the major is still low. It appears that NU launched a program in fall of 2017 that did not yet have the groundwork laid for success and growth in the future.

When it comes to the actual process of adding majors to NU, there is involvement from admissions, marketing, and upper administration. NU Marketing Director John Vicory, who has worked for NU for the past decade, explained the process of adding a new major. Vicory said that often when a major is proposed by Castleberry or others, Provost Jim Heugel and Associate Provost Ben Thomas will assess exactly what adding the program in question looks like. Vicory said that they research which professors would be needed, student enrollment potential, and do market research on the sustainability of the major at NU.

Speaking about marketing’s impact on the process, Vicory said that once the new program is launched, marketing works to advertise it, creating webpages and brochures to showcase these programs online.Meanwhile, the admissions team goes to various schools discussing NU’s programs and talking to high school students about their interests and interest in these new programs.

Vicory mentioned one of the problems with launching new programs is when they are launched in direct competition to other universities, who may have previously established those programs.

Similar to Johnson, Vicory said that NU has a disadvantage when attempting to compete with already established programs at larger universities. If a program is introduced at NU solely in order to match other university’s variety – without focusing on actual interest from prospective students or our existing student body -it is apt to fail.
Another issue that Vicory notes is the difference in funding for the marketing department at NU compared to other universities. Vicory said that NU’s advertising funds for these programs (social media ads, print ads, and other mediums) is significantly lower than the funds used by comparable schools – such as Grand Canyon University – in “just a week.”

It is also difficult to promote programs while they are in their infancy, because the marketing department uses strategies for promotion that include of testimonies from alumni who have taken part in the program, and students interacting with professors in the classroom. Both strategies are difficult to use without alumni or consistent professors as in the case of the information technology program.

Through getting a glimpse into real stories from NU alumni about different programs, prospective students have better examples of what it would look like to graduate with that degree, and find a job in the same field.

There is not a clear solution to improving the process of adding majors to NU’s current selection. However, in order to encourage the growth and development of the student body, the school begin to move in the direction of offering programs that are being requested and talked about in high school.

According to NU’s admissions office, engineering, computer science, and more theater/arts programs are among the most discussed fields.

If the goal is to build NU into one of the most prestigious schools in the West, as President Castleberry said in his interview with “The Screech”, then there needs to be more attention placed on improving the variety and quality of programs, rather than attempting to match the opportunities offered by other schools simply by adding more and more programs. Johnson may be onto something when he said that NU isn’t the place for niche programs like theoretic computational theory, but perhaps NU doesn’t need that.

The university’s biggest strength is that we are a community of believers who hold God at the center of everything we do. Perhaps NU can be the place where students interested in sharing the Gospel can learn practical skills in computer science and technology, then find ministries of their own in tech companies around the world.
That is a dream that is achievable for Northwest, to leverage its excellent instruction in ministry and other fields, alongside programs that teach skills in computer science and information technology.

Where this dream could falter is if NU does not find a more sustainable and less confusing ways to offer these new programs. If it takes nearly 10 hours of research and several interviews with faculty and professors in order to reach a place where we feel comfortable in our knowledge of just the information technology program, something wrong is going on, and it is surely not setting up the IT program for success in the future.