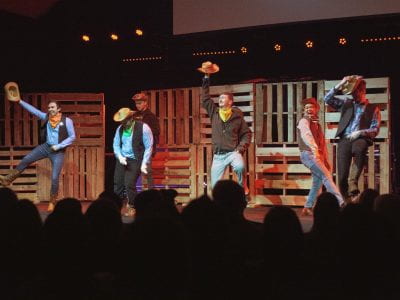 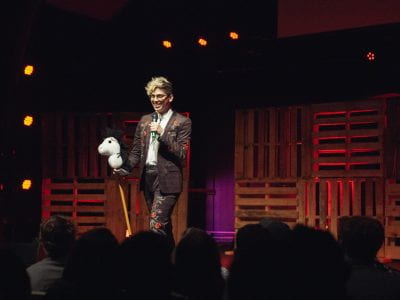 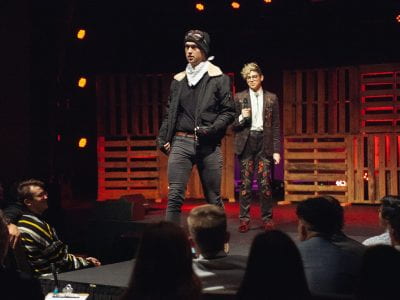 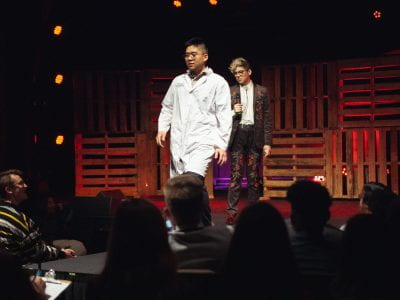 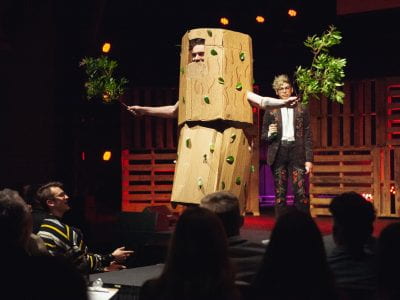 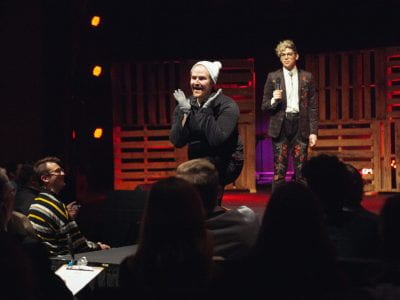 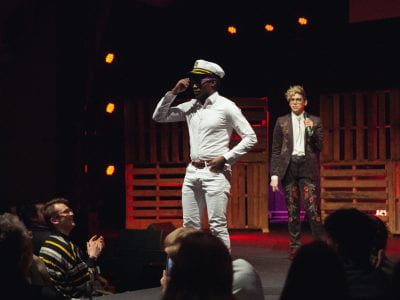 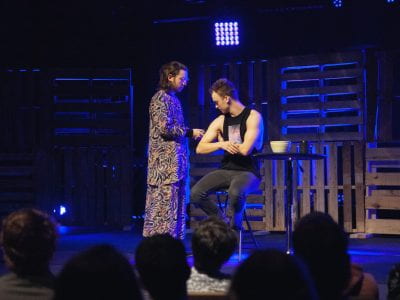 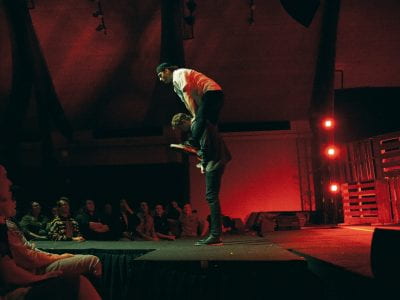 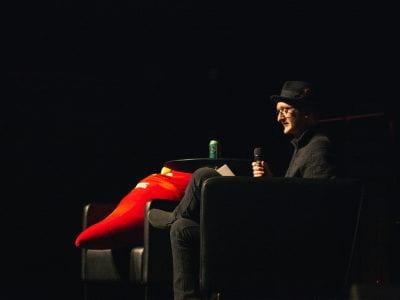 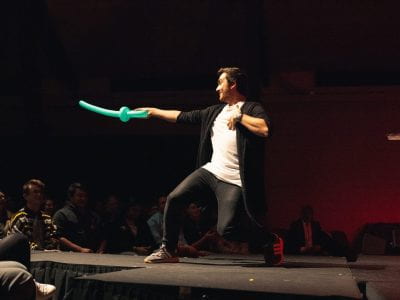 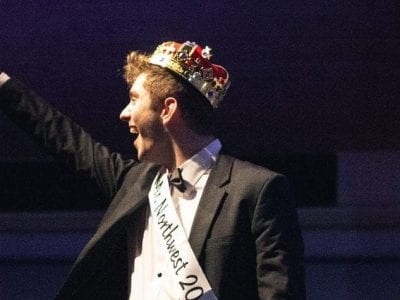 The evening started with a teaser trailer featuring the seven nominees playing a very intense game of Uno and an even more intense finger-gun shoot out. The chaos was stopped by NU’s very own Sheriff Rick Engstrom.

These candidates performed a group dance, which was choreographed by Emily Schlepp.

The competition was MC’ed by Chase Kolby, who introduced the next event — an exhibition of “runway looks” prepared by each candidate. From pilots to sea captains, winter looks to floor-themed looks, the nominee’s showed off their senses of fashion.

Next, each contestant was asked the question: “why are you on the wanted poster?” There was a variety of answers, from “tackling too many people in line for Costco samples” to the rebellious act of “singing Reckless Love after quiet hours.”

Afterwards, each candidate presented their talents, ranging from standup comedy and stories to jumping over humans and making armpit noises.

Abby Stovall, one of the judges for the competition, noted that there is a mixture of seriousness and lightheartedness to the event.

“It’s 4 years of tradition, so there is some competition.” Stovall said. “But it’s mostly just for fun, the winner only gets a plastic crown and a sash.”

Finally, Mr. Northwest was announced, with freshman Carson Wise taking the title. According to Wise’s bio for the event, “Carson is a freshman and contemporary music industry major, he is from North Bend, Washington and enjoys music and travelling. He is an NU ambassador and a presidential scholar.”

“I was very shocked.”  Wise said. “All the contestants had a lot to bring, any of us could have won.”

The tradition of Mr. Northwest was started 4 years ago by Andrew Robertson while interviewing single guys on the NU campus.

“It started as a video series focused on breaking the awkward tension around dating at NU,” Robertson said. “We got the attention of ASNU, and they asked us to host a male beauty pageant.”

This tradition will live on with the hard work of SAB and Student Development. The event was put on with the help of the chapel tech crew, Larissa Lilly, the judges, host Chase Kolby, Stage Manager Alec Peterson, and many more.