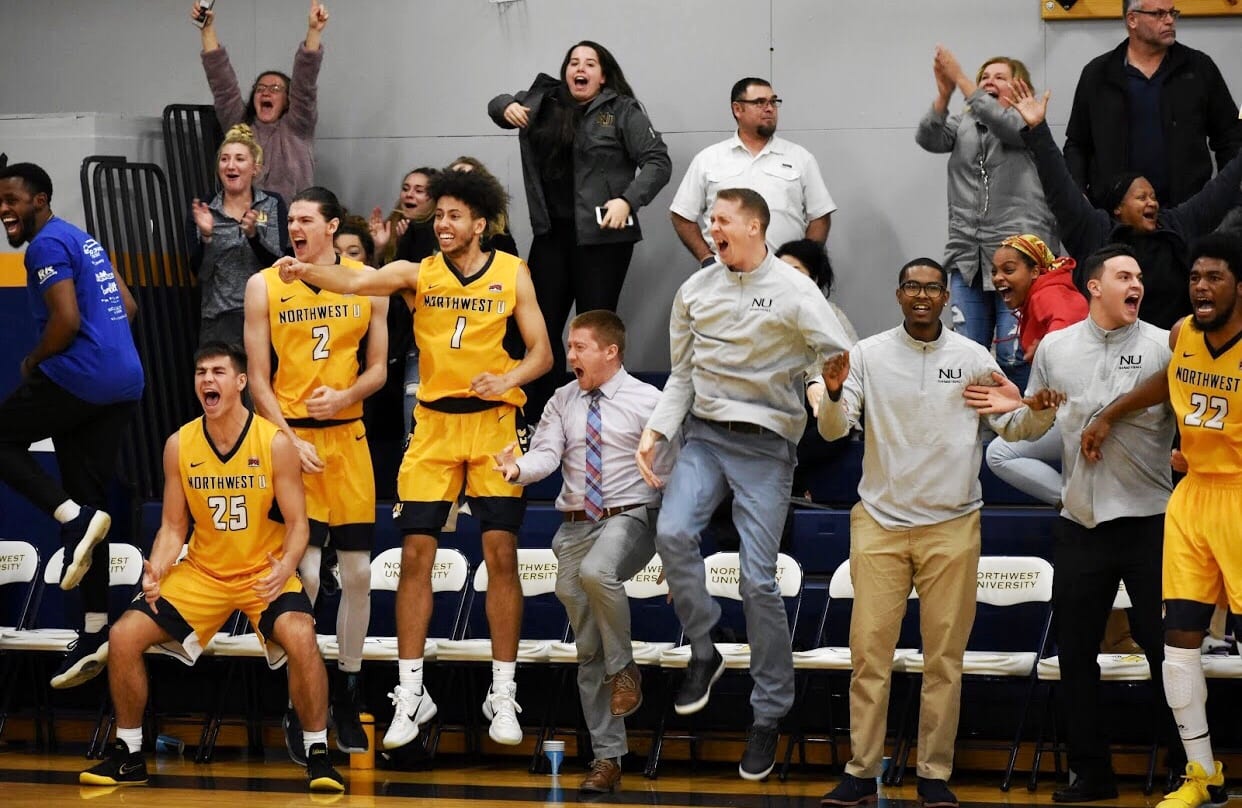 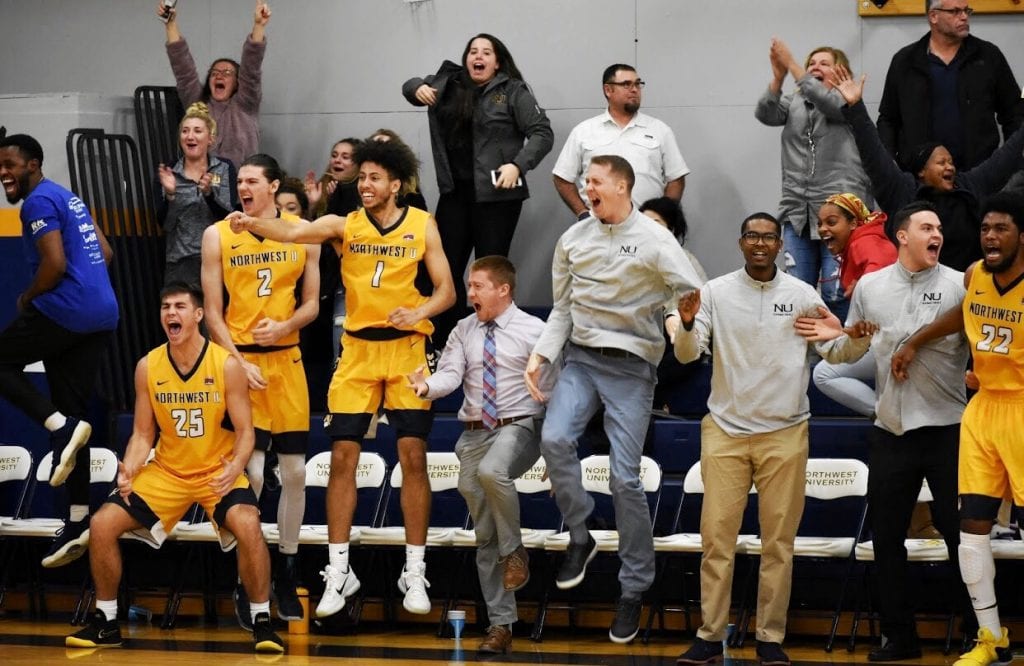 The Northwest University men’s basketball team wrapped up this year’s season with high hopes, finishing just one game short of a potential berth to the 2019 NAIA National Tournament. The Eagles finished eighth in the Cascade Collegiate Conference (CCC) league play (15-17), allowing them to compete in the CCC Tournament, as the eighth seed. After their strong finish in the first round of the CCC Tournament, where the Eagles defeated the number one seeded Oregon Institute of Technology (25-7), the Eagles capped their season in a well-fought battle against nationally-ranked College of Idaho (29-5) in the CCC Semifinal.

Going into their season, the Eagles started off with fifteen strong and healthy players. Senior guard Christian Hakilimali said that the team started the season hoping to make a run in the postseason.

“Our main goal this season was to make it to playoff’s and win some games along the way,” Hakilimali said.

Unfortunately, early on in the season, the Eagles suffered through six season-ending injuries, leaving just eight healthy players to continue their season. Out of the eight remaining players, a vast majority of the Eagles were new to the school and the men’s basketball program.

Sophomore wing Josh Meyer said that the team showed resilience despite the injuries.

“With all of the injuries that happened this year, the way we stuck as a team and battled every game was something we as a group are very proud of,” Meyer said.

Despite the Eagles’ unlucky circumstances, they finished the season with a competitive 15-17 overall record, an improvement on last year’s 13-18 performance. This record allowed the Eagles to finish eighth in the Cascade Collegiate Conference, out of the ten teams in the league.

Head coach Jeff Drinkwine said that even with the setbacks they suffered, the team competed to the level he expected.

“With a young team and a good handful of freshman and new recruits, I saw us finishing in the middle of the pack,” he said. “Our expectations never changed, despite the injuries and adversity that was thrown our way. Every player put the team before themselves, and rooted each other on along the way. Doing as well as we did this season, I couldn’t be more pleased and proud of this team.”

Going into next year, the Eagles are looking forward to a competitive season with the goal of reaching the NAIA National Tournament, while finishing high in the Cascade Collegiate Conference as well. With the experience this season provided to many new and young players, next season the Eagles will bring an experienced and talented team to the court.

“I’m looking forward to making a good run in the playoff’s next year,” Meyer said.

“I’ve been with a lot of teams over the course of my coaching career. I have never came across a team filled with such high character young men,” Drinkwine said. “They truly emulate what kind of character Northwest University attracts and represents. The unity, chemistry, and sense of family they embody is unmatched.”