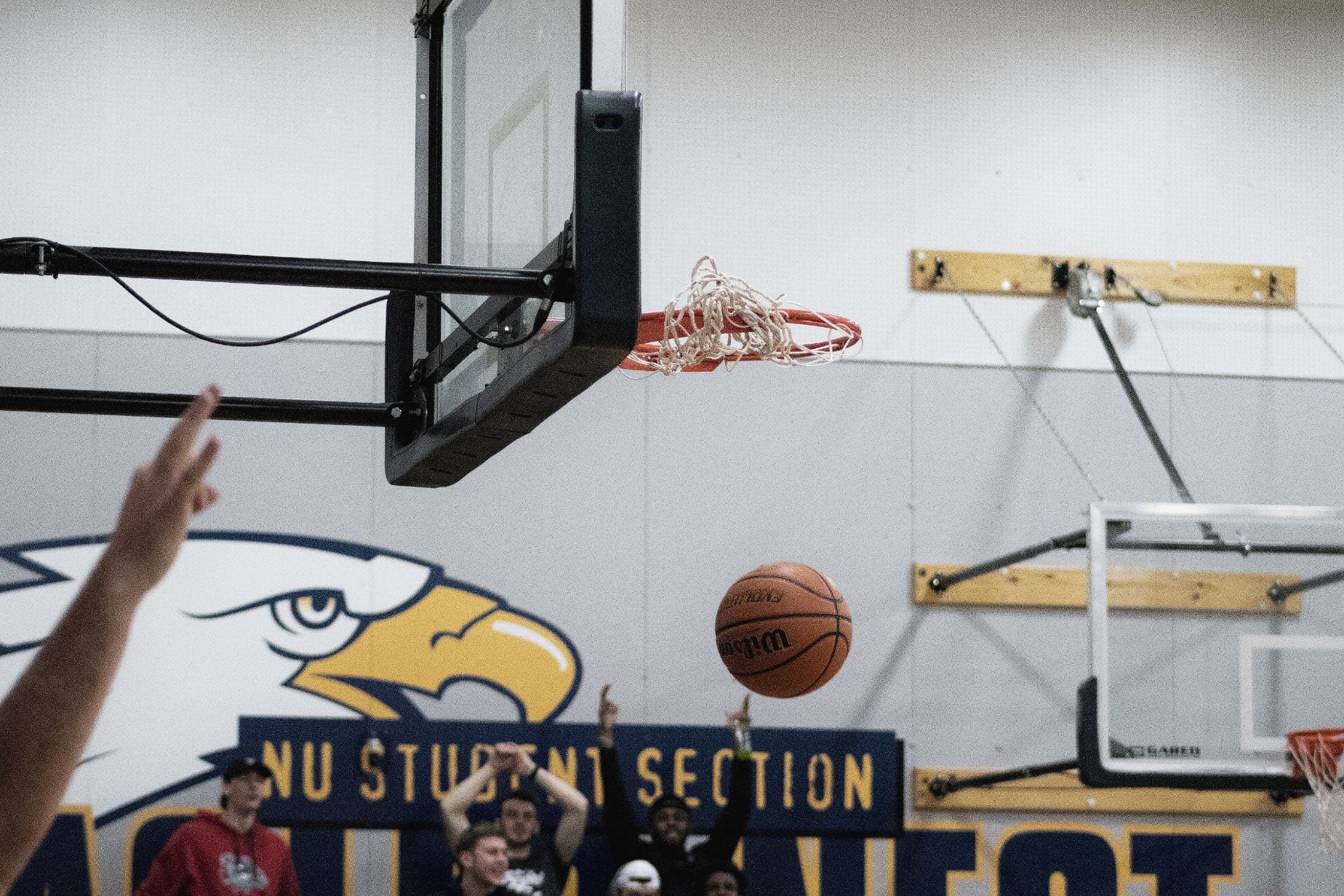 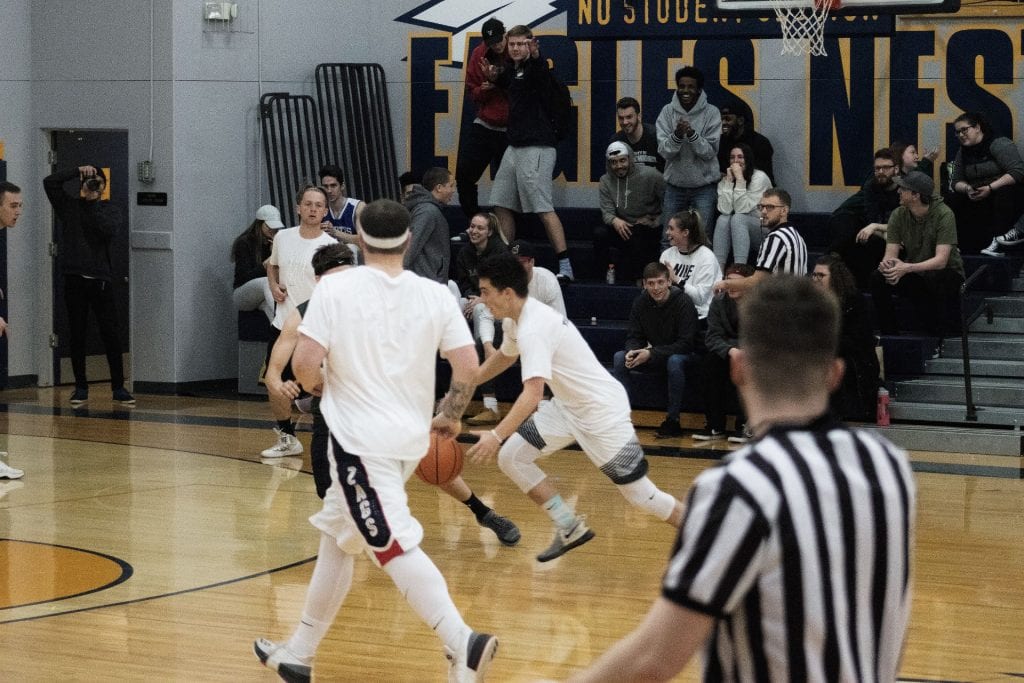 The intramural basketball season concluded on March 7 with a championship game between FOA and Ducks/Chicks. FOA, led by Jake Morse, Elijah Gordon and Jason Linnenkohl, were keyed in on taking the title home from the start. After a final-seconds three-point attempt by Ducks/Chicks, FOA came out on top with a final score of 57-60.

Fans from each side had a wide variety of pregame predictions. Many of these predictions focused on Clayton Hashley’s performance.

“FOA has a number of threats, but the main player to watch for is Clayton from the Ducks/Chicks,” student Jonathan Demacedo said.

“If we stop Clayton, we win the game,” Gordon said.

Hashley did not disappoint his fans or his team. He was putting the ball in the hoop at a high percentage and from a number of places, the three-pointer being the favorite. FOA’s Linnenkohl was quick to respond with threes of his own, going 3 of 3 from beyond the arc in the first half.

The second half was no different. Tensions were high as the game continued, and the scores remained closely tied. Both teams continued to compete basket for basket, but FOA began to inch ahead. The second half seemed to be in FOA’s favor, but Ducks/Chicks weren’t ready to go home just yet. Ducks/Chicks made a heroic run, attempting a last second three-point attempt, but came up shy of the win.

Fans were extremely excited and engaged throughout the game. Assistant Area Coordinator Jane Cooksley, a member of Perks 100 North and assists in numerous areas of the residence halls, expressed slight disappointment in the game’s outcome but was impressed nonetheless by the intensity of the game.

“As a representative of the residence halls, I was hoping for a slightly different outcome. However, I think its safe to say we have some pretty even competitors campus-wide,” Cooksley said.