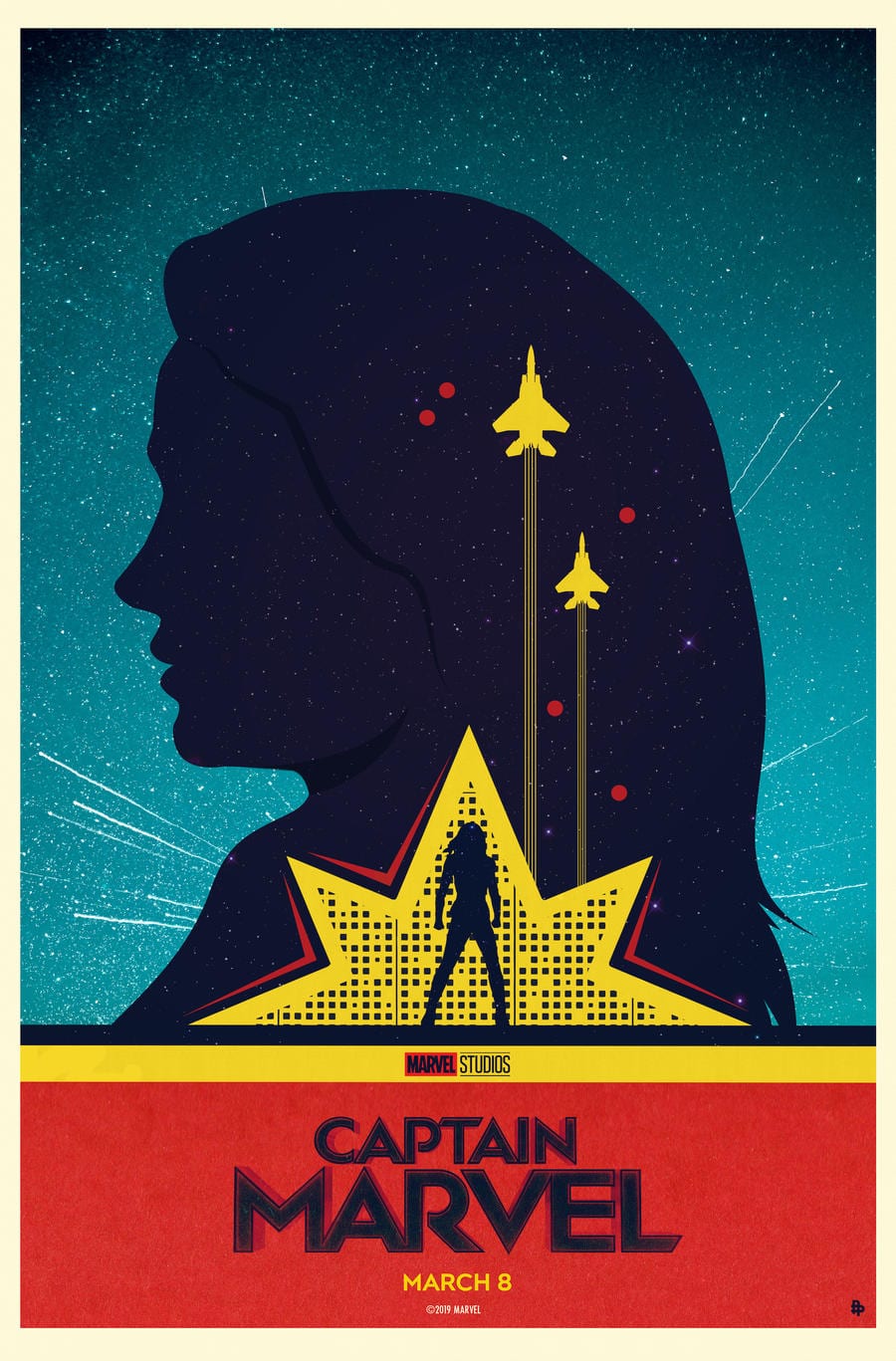 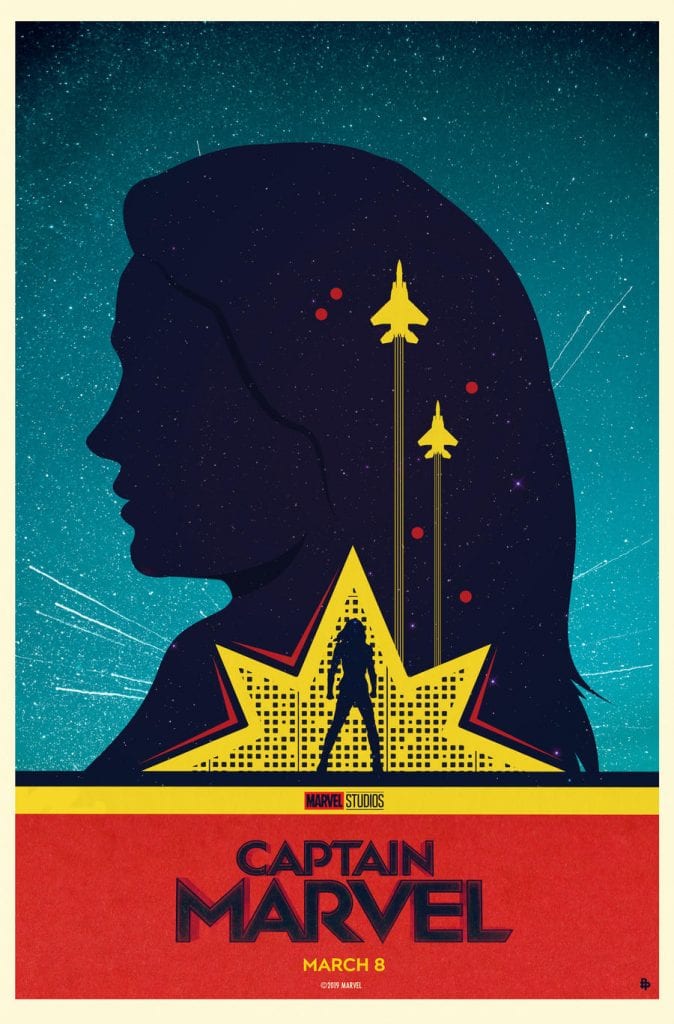 “Captain Marvel” (2019) is directed by Anna Boden and Ryan Fleck. The film stars Brie Larson as Carol Danvers (Captain Marvel), Samuel L. Jackson as Nick Fury, Jude Law as Yon-Rogg, Ben Mendelsohn as Telos and Clark Gregg as Phil Coulson. The film rests at a Rotten Tomatoes general score of 79 percent with a 62 percent audience score. Although these score are not especially high, “Captain Marvel” has easily out grossed other films released this year, grossing about $780 million worldwide. The film is expected to reach more than $1 billion, a feat only films like “Aquaman,” “Black Panther” and “Avengers: Infinity War” have managed recently.

The film’s success is surprising, given the controversial political climate that Larson stirred beforehand and the complaints of superhero fatigue mounting over recent years. I would have assumed this would be the film that tanked. I thought that for once the Marvel formula would get boring for audiences. I thought that not even this film could withstand the murmurs of fatigue with the genre. I was wrong.

Why has this film done so well? Although it is possible the film is so popular because it is an excellent film, I would suggest other probable causes for its box office success. The most obvious possible cause is the massive Marvel fanbase that the Marvel Cinematic Universe (MCU) has garnered over the last decade. Fans feel invested in the overarching story of the MCU timeline, and Marvel has proven through solo films, like “Black Panther,” that even largely unknown characters starring in a solo-movie role can be a huge financial success. Beyond that, “Captain Marvel” is the last film that Marvel will release before they release “Avengers: End Game.” No doubt, fans will want to be all caught up on the entire MCU before they go into theaters for the grand finale to this decade-long arc for so many characters. Lastly, this is Marvel’s first female-led superhero film, attempting to expand their fan-base to inspire girls to be strong and to go “higher, further and faster,” much like “Wonder Woman” and even “Alita: Battle Angel” have done.

I want to make one point clear before I move on to the actual movie. You do not need to see this film to understand “Avengers: End Game.” If you have seen “Avengers: Infinity War” and know what the pager is, that is probably all you need to know. The only details that might return would most likely relate to the Tesseract or to the cat, but even those are likely not big plot points in “Avengers: End Game” if they are in it at all. This leads me to why I think you can skip this film: despite the title, the story fails to sufficiently give Captain Marvel a personality or an arc, and neither does the film establish what her powers are or how they really work.

I do not know who Captain Marvel is. When it comes down to it, I do not know what Carol Danvers is motivated by, is inspired by, has convictions about, or even what her personality is. The film tells us that Danvers is an overly emotional character, but Larson’s fairly stoic performance as well as a lack of emotionally motivated plot points fail to support this character trait. Although Danvers is sometimes quippy and has some interesting dialogue with Nick Fury, she is not given the same careful character construction that previous MCU films have had. Characters like Tony Stark, Steve Rogers, Thor, Stephen Strange, Peter Parker, Ant-Man, and even the Guardians of the Galaxy have clearly distinct characteristics and motivations. The same cannot be said of Danvers. She is sometimes humorous, fairly stoic, often confused, occasionally emotional, but ultimately uninteresting because the film does not establish what she wants. The film certainly fails to create a sense of character development by the end.

“Captain Marvel” attempts to be like the “Guardians of the Galaxy” films in many ways, from balancing lots of ensemble characters, to lots of jokes, to a focus on personal identity, to a focus on bright visuals, to even a focus on incorporating music into the action. However, whereas in the “Guardians of the Galaxy” films the character work is excellent, the tone is consistently funny, the quest for personal identity is constantly evolving and intriguing, and the score is one of the best in the MCU, “Captain Marvel” fails in all those areas. The characters are ultimately uninteresting aside from the charisma of the actors; the jokes are few and far between; the amnesia plot about seeking personal identity is anti-climactic; the visuals are mostly uninteresting; and the score is a bit of a disappointment. I have no idea what would have happened if James Gunn also directed Captain Marvel, but I imagine these problems would at least begin to be fixed, if not made significantly better.

Captain Marvel also attempts to be like “Memento” by centering its main character around recovering memories. Christopher Nolan’s “Memento” is based on the premise that the protagonist has no short-term memory and struggles to trust himself, much less what other people say is true about him. There, the tension comes from figuring out whether what the protagonist believes is true, and he is constantly introspective of whether he can trust his own thoughts, notes, and tattoos. You would think that the introduction of shapeshifting Skrulls in Captain Marvel would be a creative and wacky means of introducing doubt into a narrative already centered around doubt, memory, and discovering truth; however, the shapeshifting aspect of the Skrulls is diffused rather quickly, and Carol Danvers never questions what she believes. The alternative story is presented as definitive truth that she accepts quickly, wholeheartedly, and with little resistance or emotional weight. This is a real shame, because it removes all the tension within the character and the story. The final fight with the Kree would be much more tense if Carol did not want to fight the Kree because they are her friends that she trusted, but all that is tossed aside as if they never knew each other. The film forgets that this should be a groundbreaking and emotionally wrecking moment and opts towards rushing the end of the film so that Captain Marvel can glow in space. I would much prefer an emotional conflict to a physical one, but the filmmakers chose the latter, and Carol’s arc suffers for it.

Although the film is a letdown in those ways, the bright spot and most fun part of the film is easily the chemistry between Larson and Jackson.  Jackson is good in just about everything, usually because he basically just gets to play himself. His charisma blends well with the quippy remarks of Larson and allows for an enjoyable ride and even some memorable lines. Plus, the film manages to push a fair amount of exposition about the Skrulls and how they work, without doing so in a way that would be boring to most audiences, since watching Danvers and Fury bounce ideas off each other is consistently entertaining. This allows the film to incorporate Skrulls into the plot without feeling too overwhelming or confusing, even though such an introduction could really shake its structure if handled poorly.

Before we conclude, it is important to note that this film is not nearly as bad as many reviews were predicting it would be. Larson made comments about more diversity and against white males controlling such narratives, and many fans reacted very negatively to her comments, threatening to boycott and predicting the film would be full of sexist feminism, diversity propaganda, and pro-war propaganda. Such claims could not be further from the truth. Although there are two comments that relate to feminism (namely, a comment about women smiling more and a comment about why it’s called a “cockpit”), these were all. The film does not go overboard with political propaganda, and the story actually has one of the most anti-war messages in recent memory. All that to say, if you are going to read reviews about films, at least wait until that film is released before trusting them.

Overall, if you are looking for nothing more than a fun buddy-cop story with decent comedy and sufficient action, “Captain Marvel” will satisfy you. Unfortunately, the film is disappointing compared to most other MCU entries. Wait until DVD rentals are available.