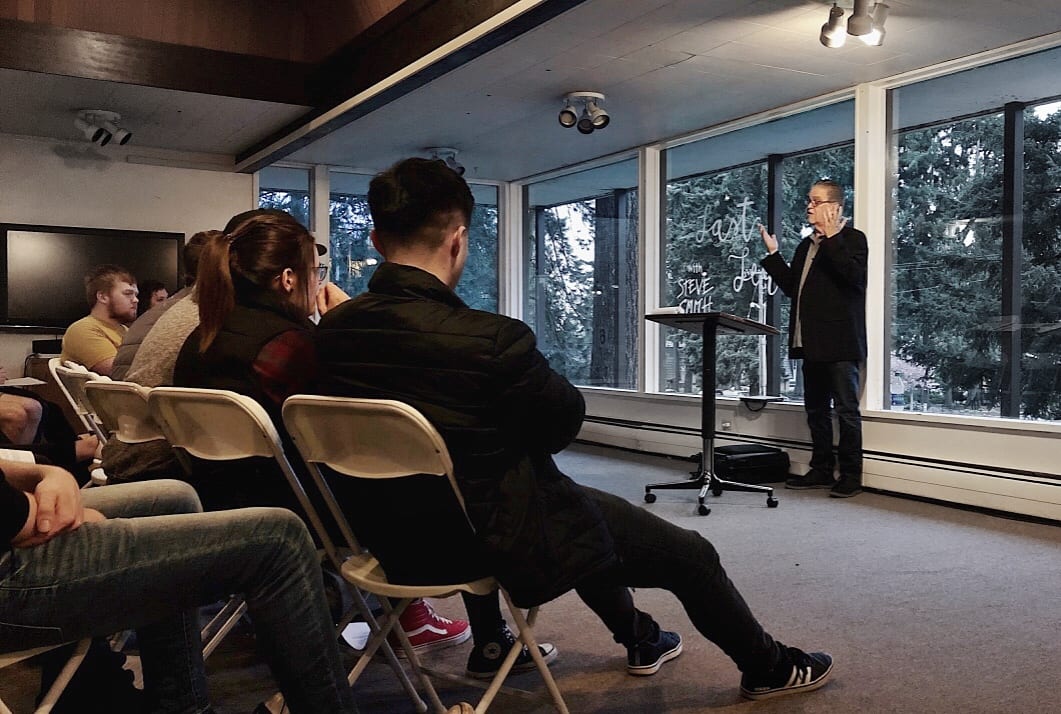 Steve Smith Closes out Last Lecture Series for the Semester 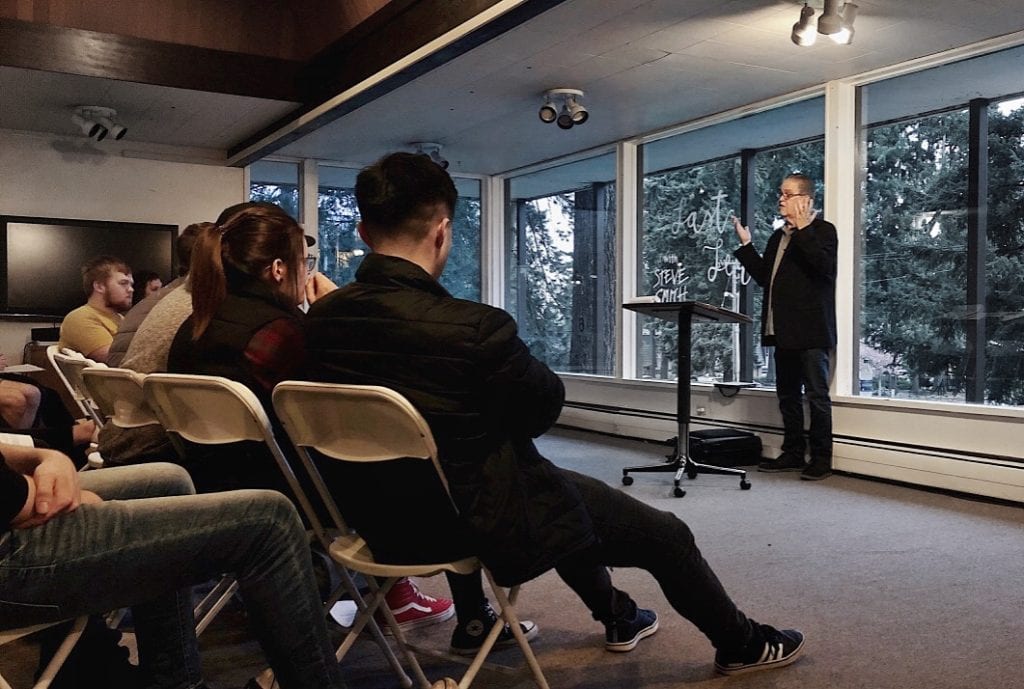 Grammy Award-Winning Founder and Creative Director of Creatio Studios, Steve Smith, spoke to students during Northwest University’s Last Lecture on April 11, speaking on the four words he lives his life by: gratitude, humility, honesty, and courage. Smith’s Last Lecture marked the end of this semester’s series. Smith shared about his life’s adventures throughout his career, where he began as janitor for a Los Angeles recording studio.

Smith spoke about the importance of having gratitude, and explained how gratitude alone brought many great opportunities into his life. His first opportunity in the studio was (unknowingly) with American singer, songwriter, and musician, Stevie Wonder. In the studio for the first time as an engineer’s assistant, Smith explained how gratitude and a positive attitude led him to the opportunity of working with Wonder throughout all of his sessions at his studio and around California. Smith also spoke of how gratitude for his friends and mentors attributed to much success throughout his career.

“Sometimes that instrument of God is the person sitting right next to you,” Smith said.

Smith emphasized the importance of being honest and humble, and how these qualities have led him to follow Christ exceptionally. Additionally, Smith discussed how honesty and humility have opened doors for other great opportunities throughout his life as well.

“It’s an incredible thing to believe that the God of the universe cares for us so deeply. That in all of His vastness and grandness, He continues to care for each of us individually. That is an overwhelming concept to get your head around,” Smith said.

Smith explained that the main pillars of his life are honesty and trust.

“Being honest with not only others, but yourself, is so important” he said.

Smith shared stories of when he was honest with his workload, stresses, and faith, and how that honesty led him to many different opportunities throughout his life and career. Smith spoke on how his testament of honest faith lead him to a career with “Queen of Disco,” Donna Summers, whom Smith openly shared his faith with. “This type of honesty was simple, but led to more opportunities to work with her throughout my career, and helped me grow in my faith as well,” he said.

Smith’s last portion of his talk focused on courage, as he also poured out overall encouragement to the audience.

“Be courageous. Our courage comes from a courageous and powerful God. A life lived trusting in Him, can in itself be courageous, because we know God is miraculous God” Smith said.

Smith spoke on the importance of living a non-judgmental, kind, and friendly life.

“God loves each and every one of us right where we are at, so who are we do judge others where they are?”

Smith not only brings a level of expertise and wealth of experience to NU’s Creatio Department, but also a sense of empowerment to push students to success in leadership in their respective fields. Smith, a recording veteran, a testament of gratitude, humility, honesty, and courage, left students with a sense of hope and encouragement at his Last Lecture.

Commentary – Burned Out: Dealing With Stress as a Full-Time Student