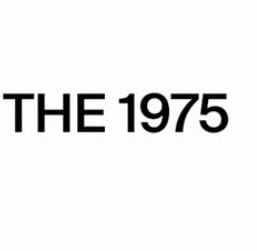 Screencapture of The 1975’s Spotify page.

The 1975 are coming to Seattle this Thursday, April 25. The pop-rock band is well-known in the NU community. Campus Pastor Christian Dawson is a fan of the group, and has followed the band since they were playing at smaller venues.

“I like the classic rockstar vibe that meets with the jazz guitar rhythm and tonality of someone like Paul Jackson Jr. It’s such a unique style,” Dawson said in an email.

“Every time is great,” he said, “They are fantastic musicians who have an eye for detail.”

The band was formed when its members met in high school, and they performed under several names before settling on “The 1975.” They have always sung about topical issues, but the most recent record, “A Brief Inquiry into Online Relationships,” explores current political issues in more depth than ever before. With tracks that quote explicit remarks made by President Trump and multiple references to hot button issues, there is no shortage of controversy.

Dawson sees importance in what lead singer Matthew Healy is doing by bringing these issues to light.

“He has an ability to see and sift through culture and worldview. He not only sees but he says something about it…He is working to both reveal those things and call society to live differently,” Dawson said.

Dawson says Healy is, in a sense, speaking prophetically.

“Not in that he is speaking on behalf of God,” he clarified, “but that he is calling a society to have a different vision of the good life. I wish there were more people doing that, with the vision of Jesus’ Kingdom in mind.”

The 1975 uses much of their newest album to reflect on the effect technology has had on our lives. The track “The Man who Married a Robot” is a poem narrated by Siri that comments on this subject by telling the story of a lonely man who is addicted to the internet. At one point, the man quotes Matthew 4:4 (“Man shall not live by bread alone.”) to justify his Internet usage.

“‘Man shall not live by bread alone’ is immediately followed up by ‘but by every word that comes from the mouth of the Lord,’” Dawson explained, “My interpretation of what they are saying is that…instead man shall live by the Internet. The Internet is our new source, our new provision, our new god.”

Dawson emphasizes the importance of personal connection in the midst of our increasingly technology-centered world.

“Connecting is not the same as seeing a post or sending a text,” he said, “There is something about hearing a voice or giving a hug or crying with a friend that technology can’t do. We have to realize that being social is not actually being relational. We are relational beings.”

Among the political controversy and commentary on modernity, there is also content in this music that could conflict with a Christian worldview. Many songs reference drugs, alcohol, and sexual activity. Dawson does not believe that simply listening to the music itself is sin, but encourages us to be aware of how it affects our lives.

“The real question is what does this music do to my love for God and love for people,” Dawson said. “That’s our test. I think just be aware and make those choices consciously.”

“I have to take it in doses,” he added, “I have to know what it is doing to me because nothing is neutral.”

Healy is an outspoken atheist. Several of his songs deal specifically with his lack of faith and struggle with the idea of God. Dawson believes that although Healy has a different worldview, there is still a lot that Christians can learn by listening to his music.

“Followers of Jesus should hear people like Matthew Healy and gain deep empathy. Every time I hear his music and listen to the words, I hear a man who is really searching for God. He sounds so broken and sad,” Dawson said.

“He’s really asking questions, wrestling with hard things, and really trying to process it. It’s one reason that I am so intrigued by them. I can hear his thoughts. He’s writing real questions and issues that he has and as a follower of Jesus, I want to know those questions and wrestle with them too” Dawson said.

The 1975 are playing this Thursday, April 25, at the WaMu theater in Seattle. Pale Waves and No Rome are opening the show, which begins at 7:00 p.m. Tickets are still available through Ticketmaster here.

A Christian Preview to Avengers: Endgame