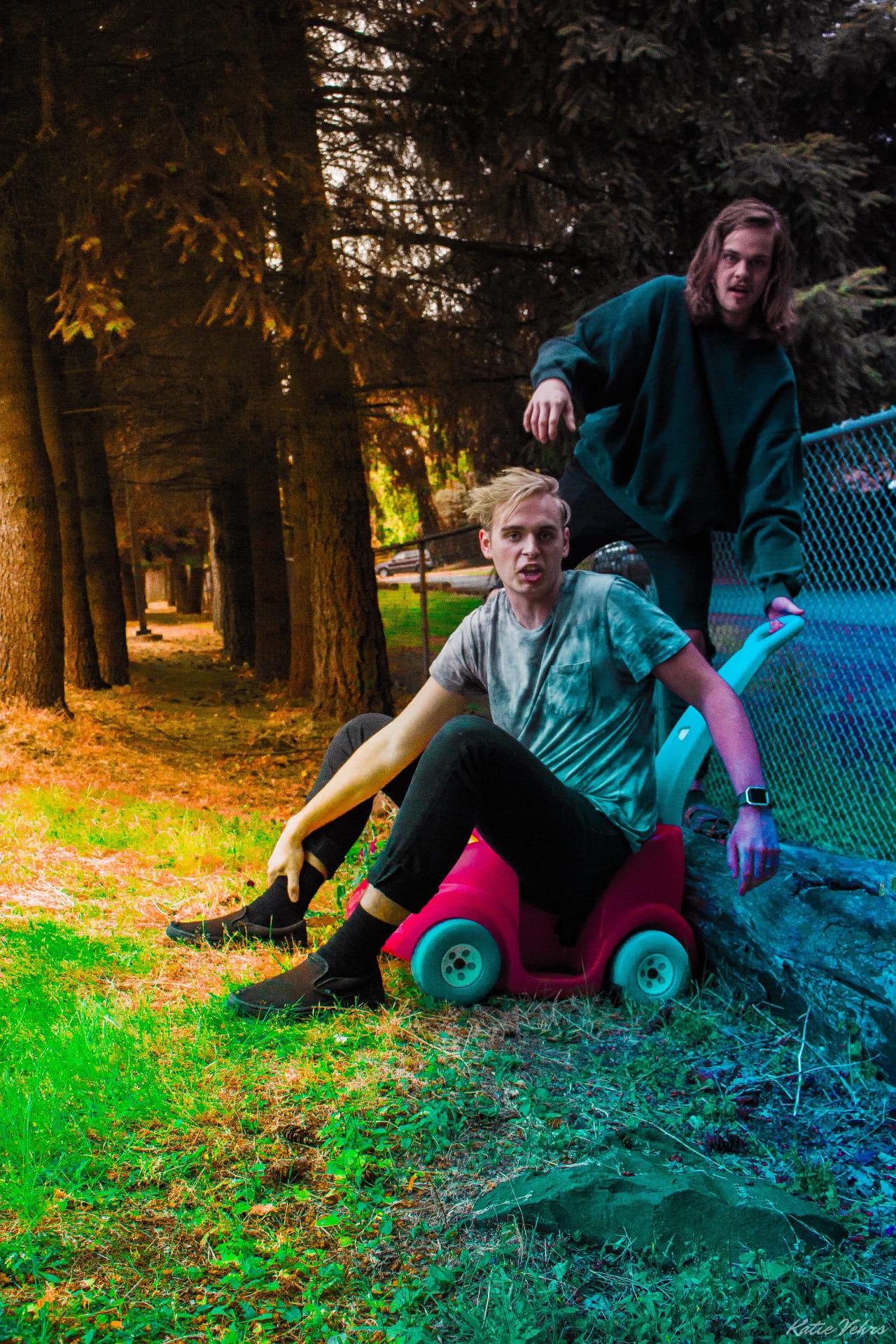 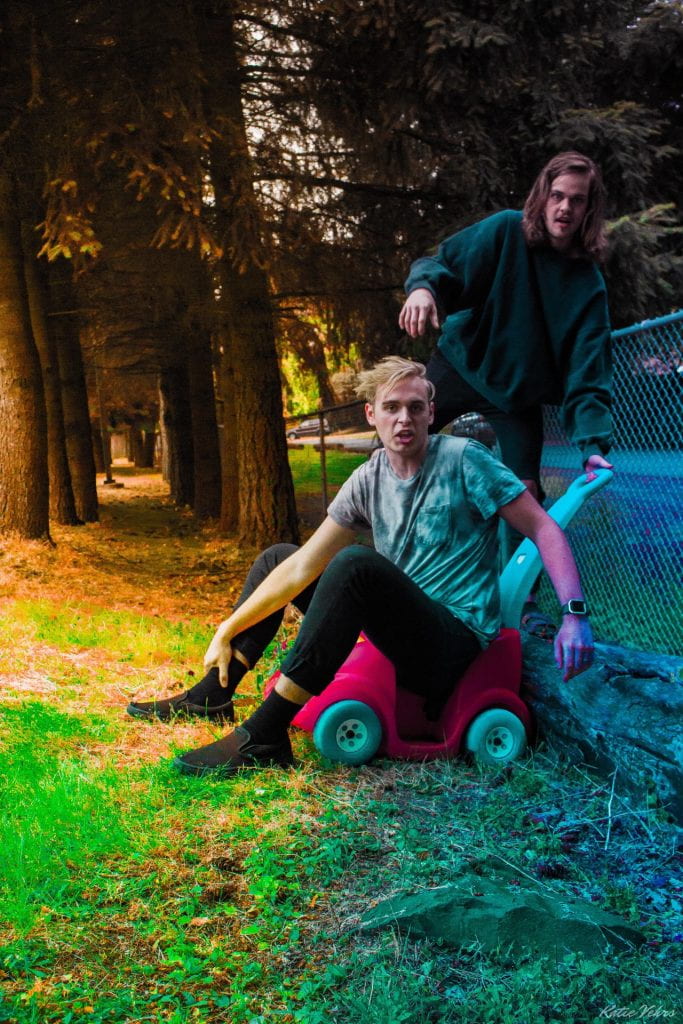 If you are unfamiliar with the power duo known as PSAP, here’s a basic summary: they are best friends, they make rock music, they are two of the most comical students at NU, and they might have some questionable scientific beliefs.

Andrew Skillern and Bryce Vehrs started PSAP, which stands for “Pluto’s Still A Planet,” in 2015 after previously doing music together for several years. The two met while attending Parrish Middle School in Salem, OR, and funny enough, they weren’t always as chummy as they are today.

“We were not friends at all,” Vehrs said.

“We both had a mutual friend named Tanner,” Skillern added, “and one day Tanner and his friend Matt were like ‘we’re gonna start a band, we need a bassist and a drummer.’”

Thus, Skillern and Vehrs’ friendship –and a band known as “Crusader’s Anthem”– was born.

Years later, the two formed a new band called “The Dead Giveaways” with members of the previous band. While they were originally contemplating names for the band, Skillern came up with “Pluto’s Still A Planet” and brought it to Vehrs, who loved it.

“We told the other guys in the band and they were like ‘that’s the dumbest thing I’ve ever heard,’” Skillern said, “we were like ‘well there has to be a band out there called Pluto’s Still A Planet, and if there’s not one, then we’re gonna make one and it’s just going to be bass and drums’…so that’s what we did.”

During the first couple years after its genesis, PSAP focused almost entirely on instrumental music, comprised simply of drums and bass (with occasional obscure recordings thrown in for good measure). This era of the band’s career saw the releases of two extended plays –LABELS and □○△□– featuring such masterpieces as “Philosurfers” and “22SECONDSOFMYCATPURRING.”

Journeying together to Northwest University, Skillern and Vehrs quickly became a local sensation doing the most outlandish things thinkable, such as performing concerts in their dorm room. Their first couple of years at NU also saw the birth of Car Accident, a more traditional rock band they formed with fellow student Evan Nemeth.

During their time with Car Accident, both Skillern and Vehrs began writing more “serious” –as loosely as that term can be used– music individually, with Skillern citing that writing instrumental music wasn’t satisfying for either of them.

Refreshed and more confident than ever, PSAP came back strong last July with the release of “Beer and Loathing in Las Vegas,” featuring both Skillern and Vehrs on vocals. The duo later recorded a live version of the song in a submission for NPR’s Tiny Desk Contest, which can be viewed here.

PSAP is currently gearing up to independently release their debut album Get Over Yourself, which is slated for a summer 2019 release. The duo recorded 16 songs for the album, but slimmed the tracklist down to the nine that were the most important to the project’s theme.

“I think everyone would be a little happier if they got over themselves a little bit,” Skillern said, “these songs that are a little bit depressing … probably would’ve had different endings if we would have gotten over ourselves in the midst of these trials.”

In anticipation of the album’s release, PSAP recently put out a short collection of singles –fittingly titled Singles Only– here on their Bandcamp page. The collection includes “Beer and Loathing in Las Vegas,” as well as “I WANT U (so I tried to kidnap your boyfriend)” and the airport-inspired song “Breathing.”

PSAP will be opening for the Sacramento punk outfit Addalemon on the Olympia stop of their “Knock Your Socks Off!” tour next month. More details here.