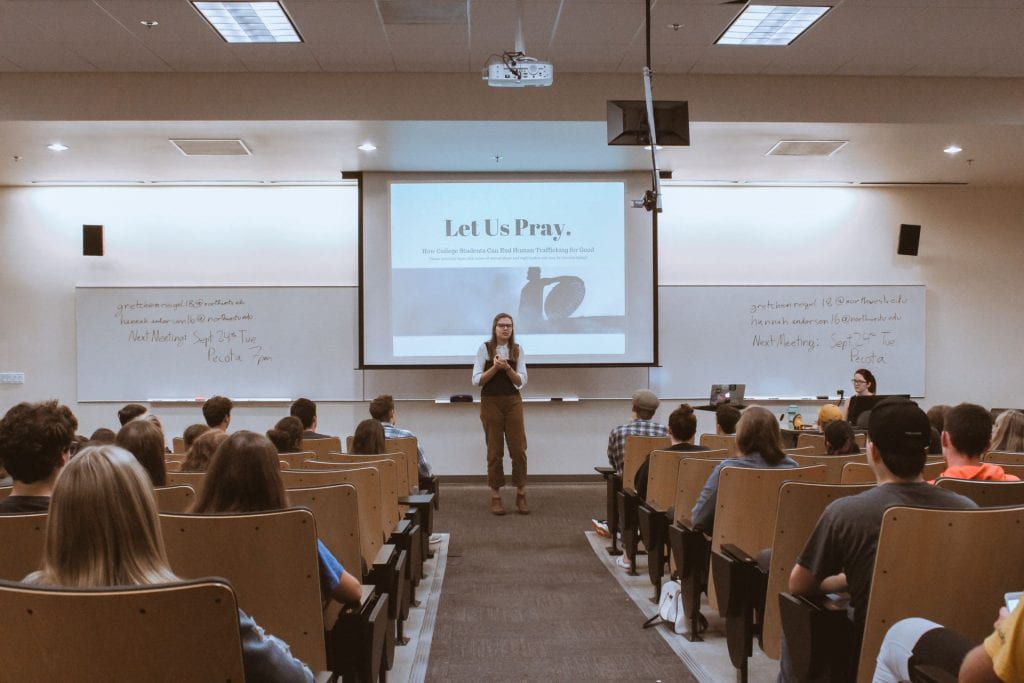 By Morgan Long and Anna Tallarico

Upon returning to their dorms after a long day of classes on September 17, many students found a note of encouragement tucked under their door. These notes, created and delivered by Hands to Outreach, were one of several events and projects that went into 2019’s Local Outreach Week.

Northwest University’s Local Outreach Week ran Sept. 17-20. The week was dedicated to serving members of the NU community and beyond.

Campus Pastor Christian Dawson explained that the series of events were created to foster spiritual vitality outside of chapel services.

“Spiritual vitality is also going into the world outside Northwest to partner with Jesus in His mission to restore the world,” Dawson said in an email. “To love, trust, and follow Jesus is to be engaged with what He’s up to outside of NU.”

The first event of the week, “Thankful”, was hosted by Hands to Outreach (H2O) on Tuesday.  Over 60 students participated, handwriting notes to faculty and their peers and delivering them all over campus.

H2O President Alexis Savary explained the idea behind the event.

“Overall, H2O seeks to engage with the NU community and beyond in meaningful ways.

“[Our purpose is] to be a student club that responds to community needs and brings students, faculty, and staff together who are willing and able to do what is needed at a given time,” Savary said. “We hope to provide opportunities for empowered engagement through outward action both on campus and in the community.”

Savary added that the club organizes and carries out a variety of service projects, based off a focus on student input, community service, and fellowship time throughout the school year.

“We are hoping to experience growth in our club through creating opportunities for students to embrace and develop their love for serving others,” Savary said.

Jessica Anderson, a member of the club for two years, encouraged her fellow students to join H2O.

Editor’s Note: Alexis Savary is also the Assistant Managing Editor of the Talon.

“For you have delivered my soul from death, my eyes from tears, my feet from stumbling; I will walk before the Lord in the land of the living.” Psalm 116:8-9.

Shockingly, slavery is a bigger problem now than it was in the 1800s—over 45 million worldwide are trapped in the gruesome industry of forced labor and human trafficking. Established in 2014, Northwest’s local missions club Embargo actively fights this widespread problem by making a difference through awareness, interception, and activism—not only on a global scale, but at the local level, too.

At Embargo’s Local Outreach Week event on Wednesday, Sept. 18, President Hannah Andersen said that slavery isn’t something that is only prevalent in third-world countries. Andersen used a recent major sex trafficking bust that occurred in Bellevue—only a few miles away from NU to illustrate her point.

“We see the need in the Seattle area, so our goal is to really dive into our neighborhood and go on prayer walks, work with local shelters, and overall recognize that this is a local issue,” Andersen said.

Anderson frequently referenced the Psalm 116 passage in her presentation. She encouraged students to not only pray for victims, but the abusers, too – as difficult as that is.

“Our goal is to restore dignity to humanity…bringing all of those involved out of darkness and into the land of the living,” Andersen said.

If students want to get involved, there are several options available. Embargo meets every Tuesday at seven o’clock, alternating between Pecota Lounge and the president’s apartment. Andersen also urged students to simply be aware of the problems in their own communities and pass on the message. There are resources available, such as books and documentaries (Andersen recommends “City of Joy” on Netflix), but above all, prayer is crucial. Christians play a part through faith and works, but ultimately, it is only God who can truly heal the brokenness seen in human trafficking. 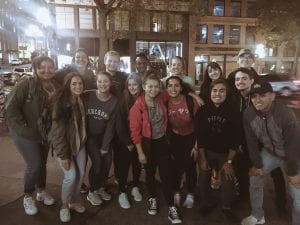 Lighthouse, NU’s student-led ministry to Seattle’s homeless community, also held a meeting during the week on September 19 in Perks Lounge. They explained safety tips about how to interact best with homeless people, then prayed and lead students out to minister to the homeless population of Seattle.

Lighthouse strives to meet needs of those who are in poverty and those who are marginalized by society. They say they want to be a fruitful ministry who doesn’t only impact the lives of the Seattle homeless population. The group says they want to impact people at other campuses through their mission, to encourage them start ministries of their own.

The event began at 6:15 p.m., and by 6:30 p.m. students were headed out for Seattle. They took public transit into Seattle to hand out some sandwiches and hot food that had been prepared by volunteers a couple hours before departure. They prayed for the homeless people, gave them food, and had conversations with them until it was time to head back. Lighthouse says they really just want to let people know that they are cared for and not forgotten. They say they don’t value the quantity as much as they value the quality of the conversations they get to have. This night ended around 8:45 p.m.

The leaders of Lighthouse are advisor and ministry assistant Megan Netherton, student leader Blessing Gasela Mhlanga, and Isabel Hoiem, who acts as a liaison between lighthouse and campus ministries.

If students are interested in getting involved, all they need to do is show up to Lighthouse’s meetings on Thursdays at 6:15 p.m. in Perks lounge. Lighthouse advises students to bring a backpack and warm clothes, and said that everyone is welcome – the more students that are involved, the more people they can effectively minister to.