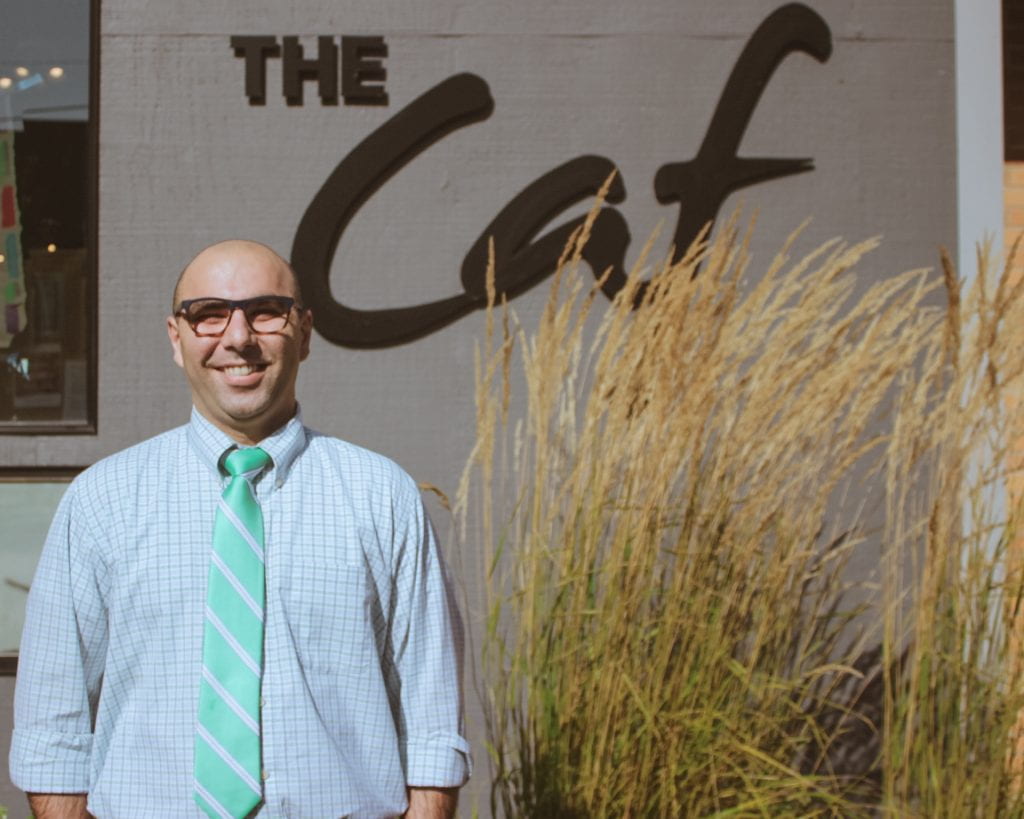 Northwest University’s Food Service Director Ali Hamze is officially resigning from his position, effective Oct. 6. Hamze has served in this position for the past two years, where he worked diligently with his team to improve the Caf’s menu and customer service. Now, he is leaving this phase of life to invest in his family.

Hamze’s resignation was announced through an all-campus email from NU Chief Financial Officer John Jordan. Hamze informed Jordan and his immediate supervisor Brian Messer of Pioneer Caterers of this decision on Thursday, Sept. 19.

“Ali has told both Brian and I that his resignation has nothing to do with dissatisfaction with Pioneer or NU, but everything to do with this being the right decision at this point in time for his family,” Jordan said in the email. “Ali and his wife will be moving to California to live with his wife’s parents.”

Jordan also explained some of the upcoming decisions Pioneer Caterers and NU will have to make in finding a replacement for Hamze. The candidates will be interviewed by employees from both Pioneer and NU, and Jordan anticipates a new Director will be in place prior to upcoming Board meetings in November.

“Pioneer is already searching for a new food service director for NU,” Jordan said. “There will be a group of Northwest University employees who will be part of the final interview process for the next Director. Pioneer hopes to have that person in place before the November Board meetings.”

Before he came to NU, Hamze left his family and home in Lebanon to complete his master’s in Business Administration, making him the first generation of his family to both come to the U.S. and compete a master’s. Hamze said that after coming to the U.S., leaving NU is the hardest decision he has made. Hamze said the students and staff have become like family to him.

Hamze’s words “I’m a family man” describe him well. His actions have been driven by serving those whom he loves, from traveling to the United States for his education, to serving at NU, to supporting his family in this next phase of life.

When Hamze came to the U.S. for his MBA, he did not know God. Hamze met his wife while serving in the school cafeteria, where they were both completing their college education. Their school was Christian, but he did not know that when he applied. Now, Hamze said life is captured by both Christ and his wife.

“He is a working manager,” Neufeld said. “Sometimes, I need to remind him to go home. He is a very hard worker.”

“The Caf can be a rough place to work, but he is really good at uplifting his workers,” Kaur said.

Hamze expressed mutual appreciation for his staff. “My team makes me look good, too. I stand behind them at any time,” Hamze said. “We built a team called family.”

To students facing transition in their own lives, Hamze encourages them to trust God. “Embrace what’s coming up, and trust the process, because I believe in any situation, God will put you in the safe hands,” Hamze said. “God will send the right people towards you, and embrace those people.”

Northwest University is grateful to have partnered with Hamze, and we are excited to support him as he transitions into this next phase.