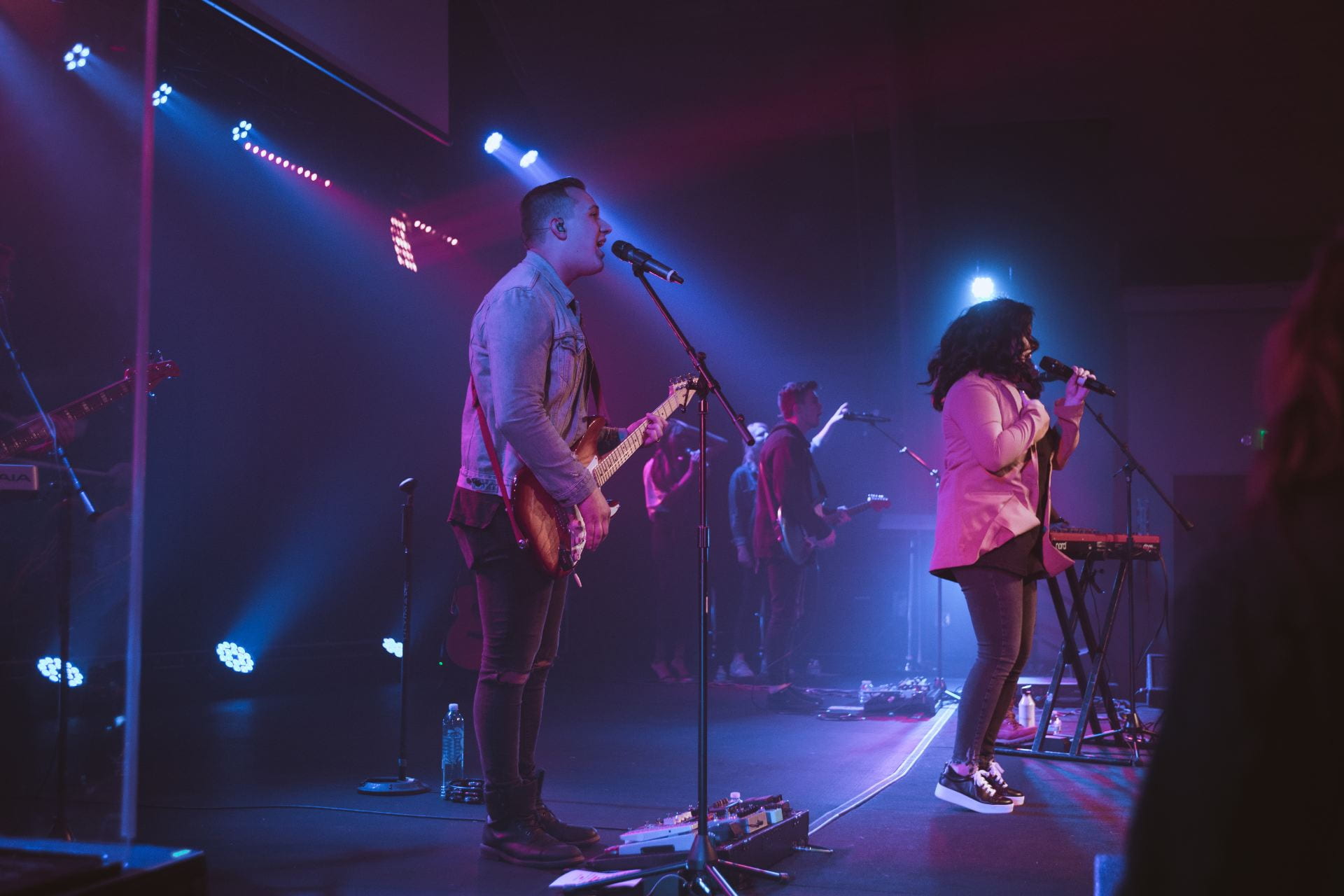 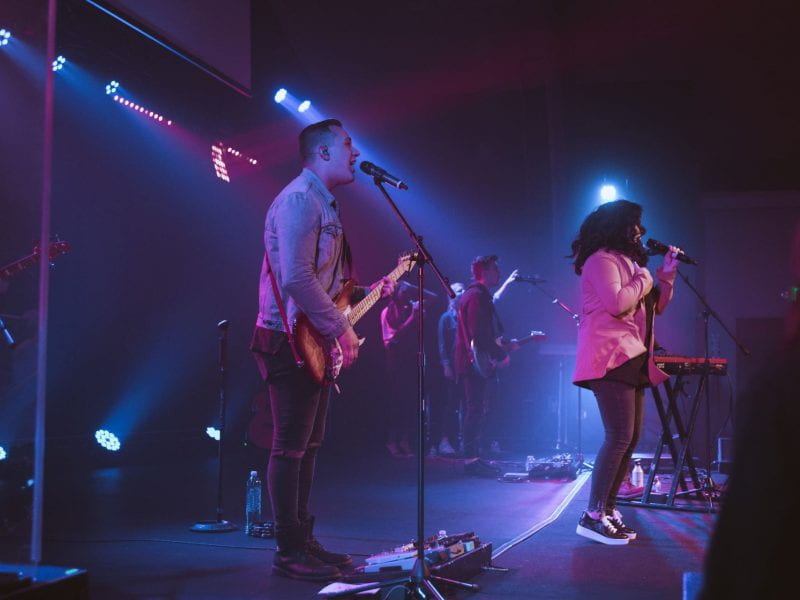 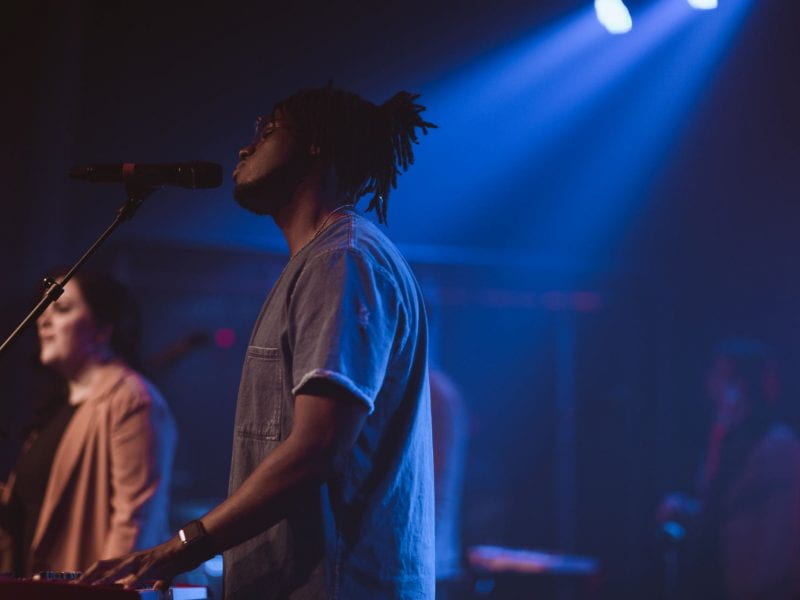 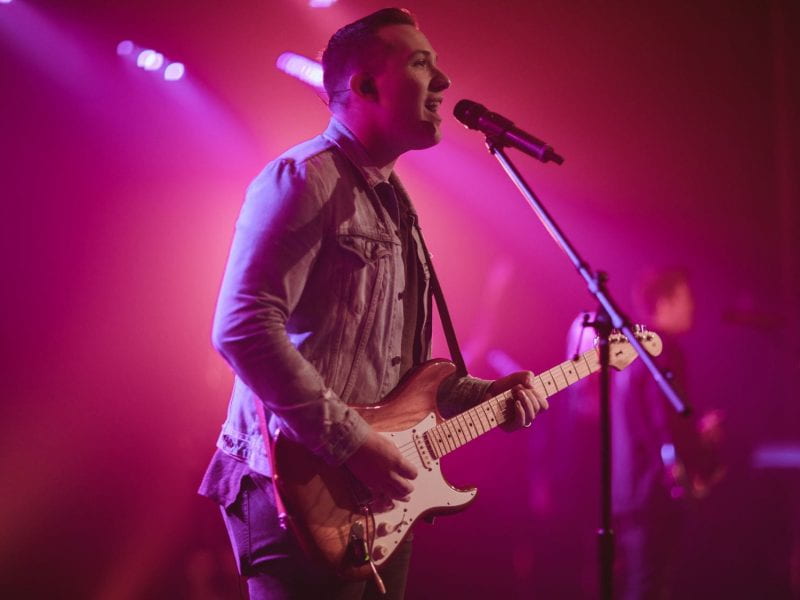 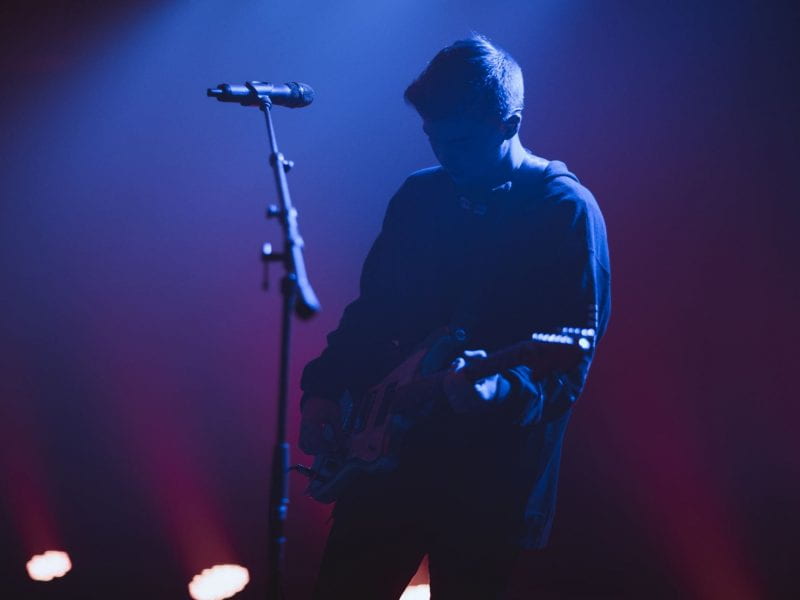 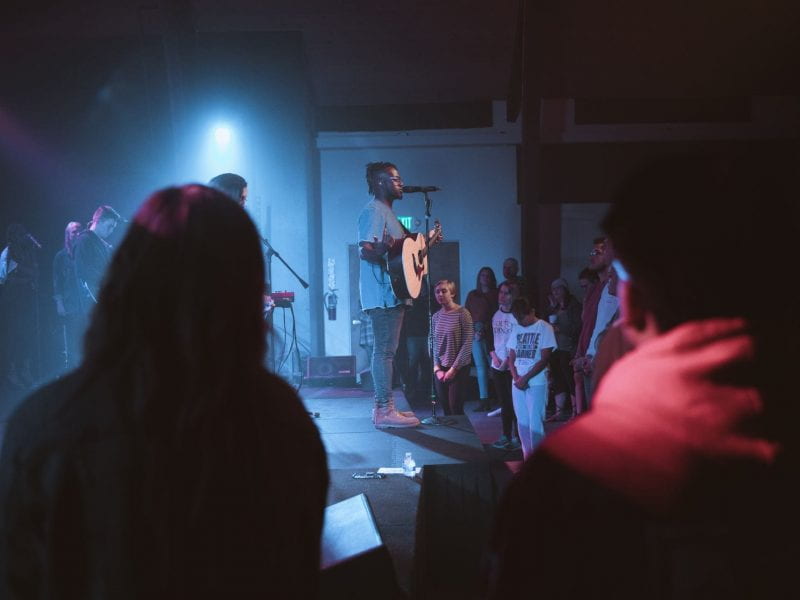 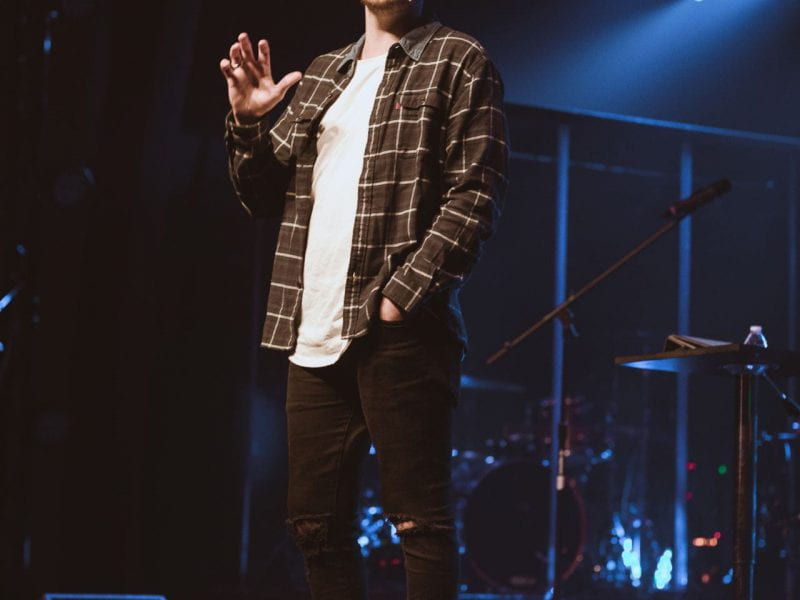 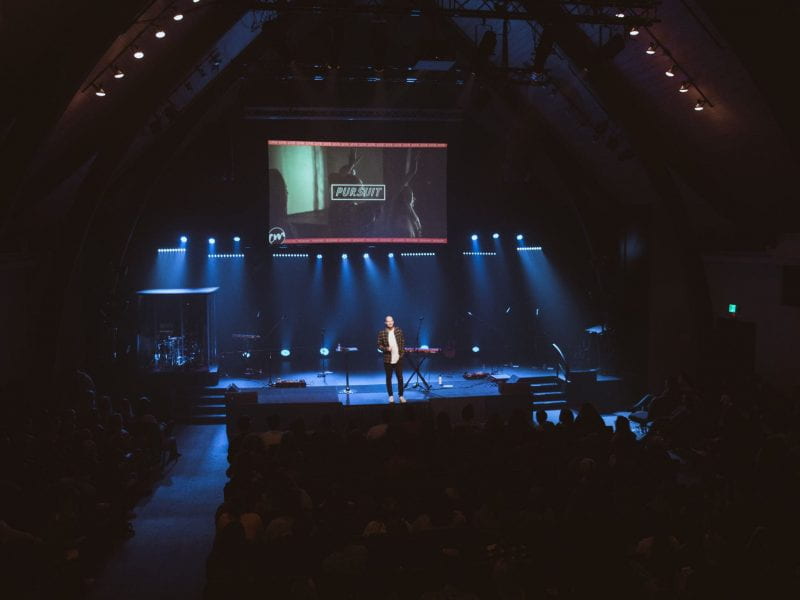 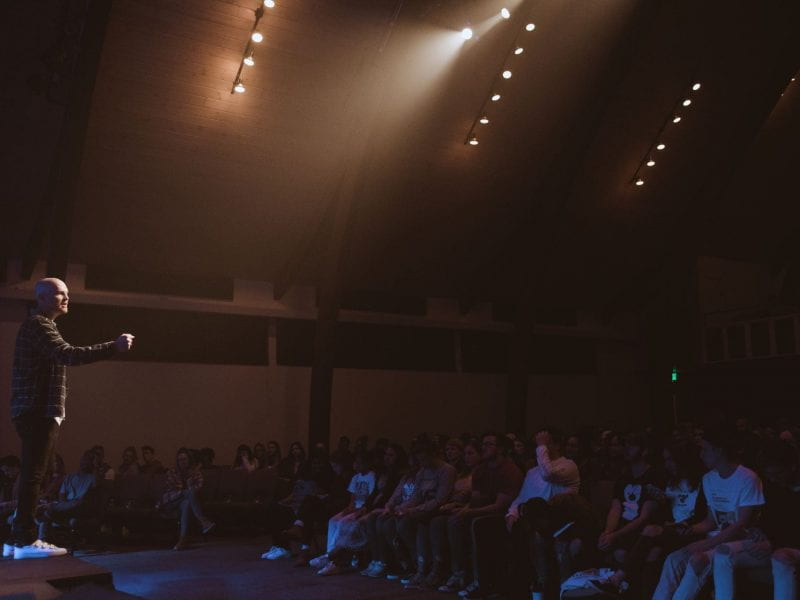 Editor’s Note: This story originally ran in the 2018-2019 print edition of the Talon. It has been updated to reflect the recent release of new music by McKinneyDawson, and the time that has passed since the article’s original, print publication.

At Northwest University, musical talent thrives far beyond the realm of the music department. At the same time, many musically-minded students and staff, such as marketing content writer Isaac Peabody and IT director David Bazan, Jr., tend to be secretive about their abilities, with the people they know personally generally being the only ones who are aware of them. The university’s campus pastor, however, is not one of these individuals.

For Rev. Christian Dawson, music does not serve only as a hidden talent or a means of expression; it is a pivotal and crucial piece of his life’s work. Whether it be serving as the keyboardist for Choralons, infusing song into his chapel messages or leading worship on the road, music seems to be the driving energy behind everything the pastor does.

Beyond his pastoral duties, Dawson has written and performed music with several worship groups. His most recent endeavor is a project co-led by fellow NU alum Kaitlyn McKinney, aptly named McKinneyDawson.

The group was formed in 2017 and spawned songs such as “Lead Me” and “Found” (two pieces many NU students will recognize from weekly chapel services and Choralons performances). Both songs were featured on the larger Above All extended play, which was released that same year. On the EP, Dawson and McKinney cemented their signature sound, creatively blending worship with elements of pop and electronic dance music.

Above All is somewhat of an evolution of the sound showcased on an older group Dawson and McKinney previously took part in: Crossing. The band was formed while Dawson and McKinney, along with Connor Hedge, Ulises Ponce and Alex Rosas, were still attending NU as students. The band had an undeniable chemistry, crafting memorable, heart-wrenching worship cuts like “In Love” and “Kingdom Reigns.”

Thankfully, the eventual split of Dawson and McKinney from the rest of Crossing did not occur with any bitterness or animosity.

“Kaitlyn and I are both pastors in different church communities, and we were feeling more of a call to do music towards that focus,” Dawson said, “the rest of Crossing had some other things that they were doing with music, which is awesome!”

McKinneyDawson is a project that is hyper-focused on pastoring through music.

“Everything is kind of based on a scripture,” McKinney noted, “if we’re reading scripture, focusing on that … whatever I see in that moment, you know, then we’ll write based off of that.” Fittingly, every song McKinneyDawson has released thus far is titled –or subtitled– to reference a specific passage from the Bible.

According to McKinney, her and Dawson first met in one of Professor Mizue Fells’ Ear Training courses, where they were assigned partners for an exam. “I made him plug his ears –in the same room with me– because I was too embarrassed to sing in front of him,” McKinney said. “That’s kind of how our friendship started.”

Despite some ongoing rumors of a forthcoming McKinneyDawson album, Dawson was hesitant to give an official confirmation.

“We’re not sure yet,” Dawson said. “We at least have four singles that are almost finished…we think we’re going to do a covers project, and then we have some originals we’re working on, and then we did live versions of a bunch of our songs a couple weeks ago.”

These “live versions” were recorded at a Monday night Pursuit –featuring McKinneyDawson– earlier in the spring .

While the project’s namesake is a combination of its lead vocalists’ last names, Dawson made it clear that McKinneyDawson reaches far beyond himself and McKinney.

“We actually have about eight or nine musicians who are part of McKinneyDawson,” Dawson said.

Matthew Lee –who is currently an undergraduate at NU– is one musician that writes and performs with the band; he co-wrote one of Dawson’s recent favorites, entitled “This I Know.”

Of this group, several musicians –including students like Jeffrey Adami and Darrick Strauss– accompanied McKinneyDawson on tour down under last semester as a part of Australia for Christ Church’s Breakthrough Conference. When asked how this opportunity came about, Dawson explained that a pastor’s daughter came across McKinneyDawson on Spotify (on which the group currently has several thousand monthly listeners).

“They listened to it and they just felt like that’s who they were supposed to have [at the conference],” Dawson said. “It was a really bizarre opportunity and it was so great.”

Here’s to hoping for many more bizarre –yet rewarding– opportunities for McKinneyDawson in the not-so-distant future.

McKinneyDawson recently released their new EP Chapters, which features covers of several popular worship songs like “Lion and the Lamb” and “Reckless Love” in McKinneyDawson’s signature electronic-infused style, as well as remixes of their songs “Lead Me,” “Found,” and “Only He Could Claim.”

The group also performed in Pursuit on Monday, Oct. 9, with Kaitlyn’s husband Jared giving a message about his and Kaitlyn’s journey through his cancer diagnosis and ongoing treatment.

“Life doesn’t have to be good for me to know that God is good,” McKinney told students. “I can trust God even when my future is fuzzy.”