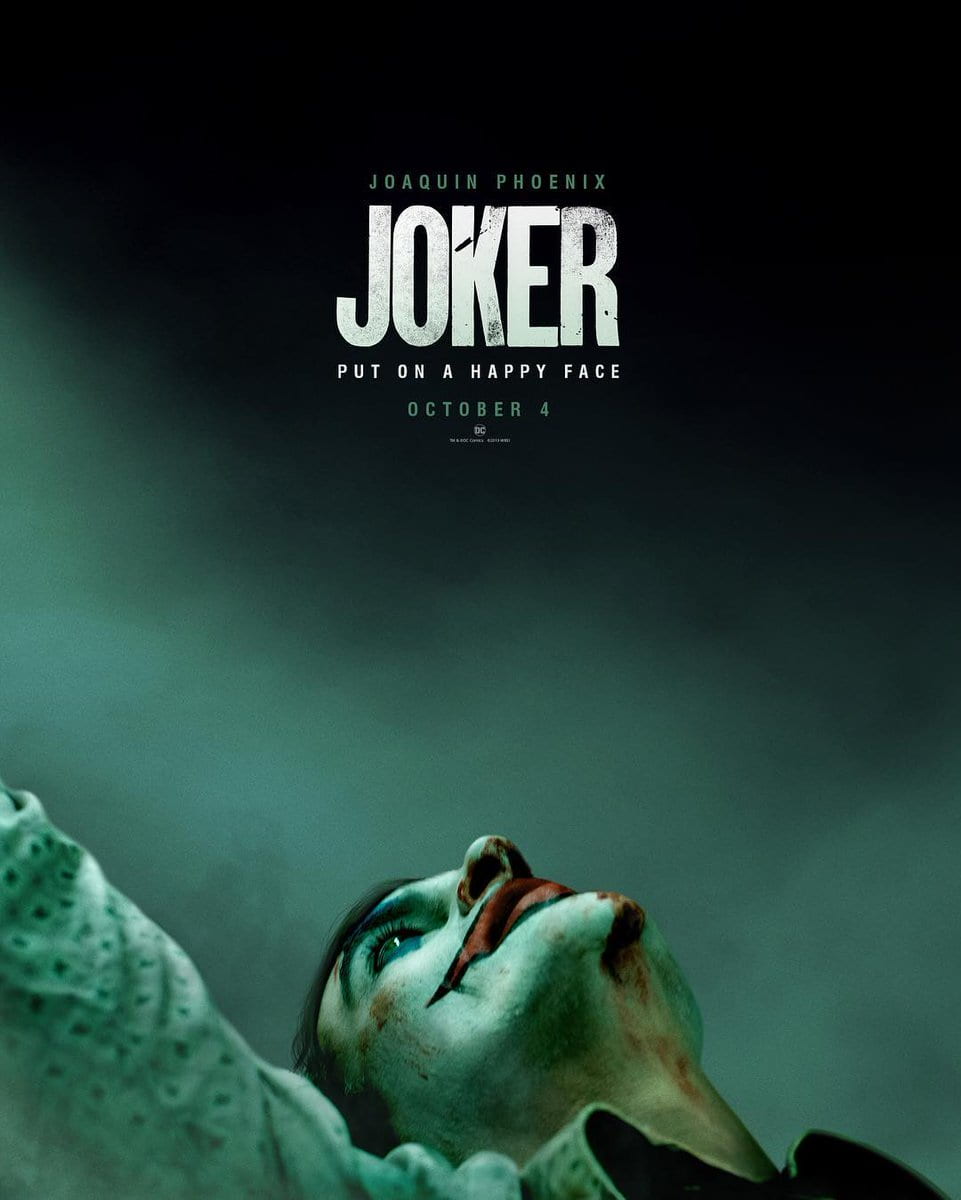 Film Review: “Joker” and the Questions and Opportunities it Presents to Christians 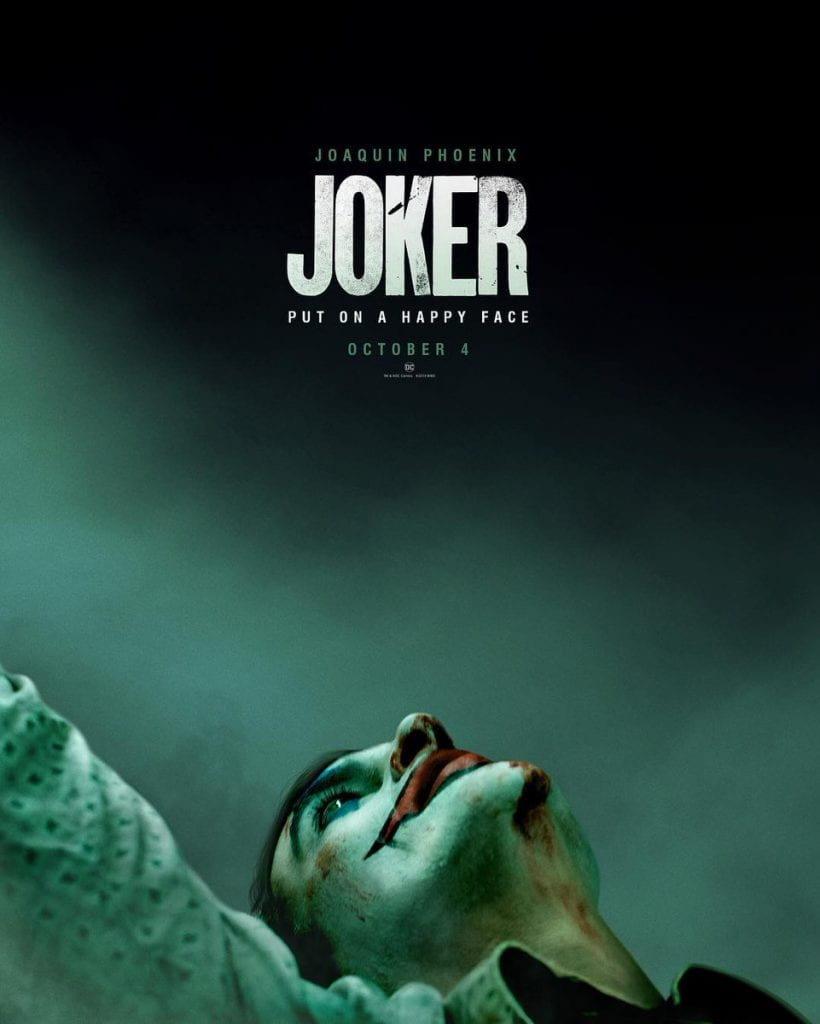 “Joker” (2019) is directed by Todd Philips and stars Joaquin Phoenix as the Joker, Robert De Niro as Murry Franklin, Brett Cullin as Thomas Wayne, and Zazie Beetz as Sophie Dumond. After opening weekend, the film maintains a 90% audience score and a 68% critics score, and it has already garnered just under $100 million domestically – surpassing Men in Black: International and Alita: Battle Angel’s entire box office runs.

Clearly, audiences are already responding pretty positively to this film, even though controversies have been swarming around most discussions of the movie. Although certain precautions for mature films should be taken, this film aims beyond where most mainstream films often aim, and it should be taken seriously and engaged with.

Because of the content of this film, this review warrants a broader discussion about the role that Christians play in culture and in mature content. For a discussion on how Christians should engage with mature content, please read the abstract to last week’s interview with Dr. McQueen about that very topic, specifically as it relates to R-rated films, and listen to the interview as well.

Although we often hear the perspective that Christians must keep our minds pure by meditating on what is good and pure and noble and by taking our thoughts captive, we also need to hear the perspective that Christians are really good at pointing out vulgarity in art because we are not good at pointing out much of anything else. If all we can do is point out vulgarity, we distance ourselves from engaging with the world in a much more meaningful way.

Of course, there are hard and fast lines to draw with mature content, and different people have different levels of sensitivity to different kinds of content, but we must not let our faith lead us away from engaging with the culture in meaningful ways when we can.

This review will engage more specifically with productive ways that Christians can “plunder the gold of the pagans” and glorify God in everything that we see and do.

How can Christians engage with this film in that light? We can agree or disagree with the values of the world that the film portrays. “Joker” presents a world in which people are searching for meaning and cannot find it in a world without religion and without personal human connection. If the protagonist’s journey of nihilism is due to an absence of faith, surely Christians can point out that his insanity could not just be avoided but mended by a pursuit of higher meaning, namely the meaning that belief in spirituality brings to followers of Jesus. Ultimately, Christians should point out that the Joker’s nihilism and lack of moral principles actually should lead people to find meaning in something higher than themselves if they want to avoid his descent into insanity.

Christians similarly should be aware of how this film offers constructive critiques to the social fabric of our political economy. The opening shot shows Arthur, the name of the man who would become the clown, pulling his mouth into a smile while he listens to radio stations lament the poor living conditions of the city of Gotham. Eventually, the pressure of that smile is broken, his hand releases, and his smile disappears while a black drop of makeup rolls down his cheek.

This opening shot summarizes Arthur’s struggle to be happy in a world that is unfair and cruel. Politically, this is a critique of the utilitarian approach to politics that only engages policies on universal needs rather than by empathizing with the unique needs of each individual. This extends to everyday encounters; Arthur often is shrugged off by unnecessarily rude strangers when all Arthur wants is a brief moment of personal connection.

Through the rudeness of strangers in this film, Christians can be reminded of the importance of showing a simple, kind gesture to a stranger, because we don’t know what difficulties other people are going through, and we can witness to Christ by something as simple as choosing to be kind.

Christians should also be aware of how this film portrays the materialistic and universal approach to mental health that can be mended by the outreach of the church. Due to various circumstances which I will not spoil, Arthur struggles with mental health problems, including a constant onslaught of negative thoughts. The film often portrays this build-up of mental clutter through the constant presentation of literal trash in the corners of many frames of Gotham city. No matter where Arthur goes, he cannot escape the torment of his mind.

The film makes clear that the materialistic and impersonal approach of his mental health therapist ignores Arthur’s unique mental needs and his struggle for meaning and identity. His societal invisibility manifests literally when his therapist ignores one of his rare comments about himself. He complains that the routine of the mental health checkup is not helping, and Christians should be quick to point out that this has nothing to do with pills and everything to do with the soul.

The materialistic approach that a pill will solve a person’s identity crisis or mend their need for spiritual meaning should be obvious to us believers. In fact, the church should be inspired to present itself as the only true source of mental rest. In the words of Augustine, “our souls are restless until they rest in You.” The church needs to recognize its unique role in bringing rest to a younger generation that is deeply consumed by restless anxiety and depression. Although pills may help for a time, true rest for our souls can only be found in faith in Jesus and in His transforming work in our hearts and our souls.

Crucially, “Joker” presents the absence of a father figure as a fundamental cause for his descent into madness. Of course, God makes clear in Scripture the importance of both fathers and mothers in their children’s lives. It is no accident that most of Scripture refers to the ruling Person of the Trinity as God the Father. Without going into spoilers, the film makes clear that Arthur desires the affirmation of his father. However, this love of a father is not exclusive to that of a genetic father or even of a father figure. Indeed, learning to accept the love of God our Father serves as the ultimate source of love and affirmation that all restless souls desire. If the absence of a father only accelerates Arthur’s descent into madness, the presence and love of his father and of God our Father would set his mind at ease and restore meaning to his life again.

Christians should recognize that just as Arthur is drawn to aesthetics to craft his own meaning, so our hearts are drawn most to beauty for spiritual fulfillment and a sense of identity. Hopefully, Christians have some understanding of the transcendentals: goodness, truth, and beauty. Each of these traits find their fulfillment in the fullness of God. Thus, all goodness inhabits God’s goodness; all truth finds its origin in its source in God; all beauty participates in God’s beauty. Of these, beauty usually draws our hearts the strongest, which also means it can be corrupted and twisted from the true pursuit of God’s beauty.

Such is the case with the Joker. The film presents two key elements of aesthetic beauty that Joker is drawn to: the makeup and clothing of the Joker persona and the Joker’s love of dancing. Arthur’s love of dancing is well accentuated by the film’s beautiful score. Although the world presented in the film is ultimately broken, music and dancing act as the only escape from its pain. Although he believes that society is so broken that there is no longer any truth or goodness within it for him, he finds nihilistic meaning through a twisted pursuit of beauty. The church could learn much from this focus on beauty; imagine how many lost souls would find meaning if they could connect the beauty they have already connected with to its origin in God. What if we taught that our pursuits of beauty could participate in God’s divine beauty? The church can more easily focus on truth and goodness, but a greater focus on God’s beauty could draw the hearts of believers and unbelievers alike.

Despite its violence, “Joker” ponders crucial questions that point to the importance of religion for finding personal identity and meaning; how we could represent Christ better through simple acts or random kindness, how relationship with Jesus provides the only true rest for our restless souls, how the role of earthly fathers and our heavenly Father provide important affirmation and meaning, and how beauty draws our hearts to provide spiritual fulfillment and identity.

I hope that Christians recognize the important role that the Christian faith offers in providing individual identity and meaning, as well as providing a mental safe haven from a society that often feels like it is completely devoid of any spiritual meaning. Although Christians could write this film off as a one-note presentation of an individual’s descent into madness and violence, doing so ignores the lessons that the church could learn from such a displaced individual and neglects the possibility that the church could learn to love our neighbors better tomorrow than we do today.

Perhaps learning how people are hurting the most will provide the Church with a more empathetic means of calling people back from their corrupted hearts to a higher name as chosen, adopted children of God.

DC will not release their next film, “Wonder Woman 1984,” until June 2020, but for now watch out for “Gemini Man” this weekend.