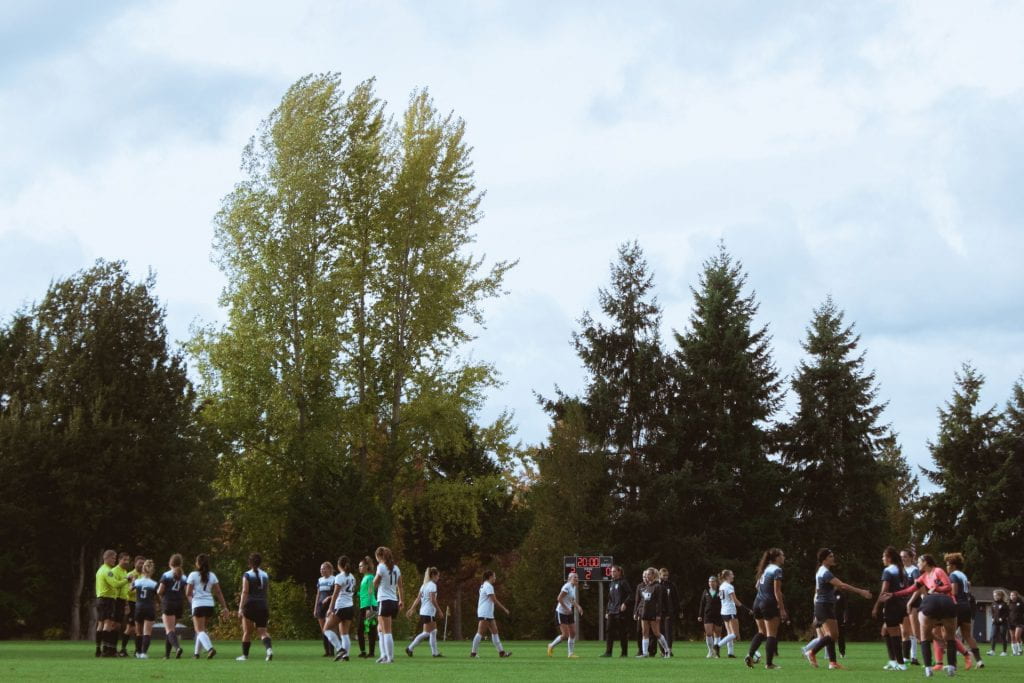 The weekend kicked off with an alumni improv comedy show on Thursday night in Millard Theater.  A special chapel service was held Friday morning in which the Alumni of the Year award was presented to Pastor Kevin Geer, who was also the guest speaker for alumni chapel. Geer presented a sermon he wrote while attending NU, and he was pleased to officially have its original C+ grade changed to an A+ by NU President Joseph Castleberry himself.

Students, families and alumni were treated to a sports triple-header with the volleyball, men’s and women’s soccer teams all having home games on Friday and Saturday. Men’s soccer was first, battling Corban University to a tight 2-3 loss. Women’s soccer was next on the pitch, earning a 2-0 shutout of the Corban women. Volleyball wrapped up the night with a sweep of Oregon Tech, winning in straight sets.

The families of current NU students also joined in the festivities for a post-vollleyball game bonfire, alumni college reunions, and a  tailgate lunch.

Athletics action resumed on Saturday morning, with men’s and women’s soccer both defeating the Northwest Christian University Beacons 2-0 and 5-0 respectively. Volleyball was back on the court that night against Southern Oregon University, currently ranked #10 in the NAIA. Every set was close, but the Eagles would fall to the Raiders 3-1.

Homecoming and Family Weekend drew attendees from significant distances—some families traveling across the country to be reunited and enjoy the festivities.

“It was so great to see my parents,” said freshman Halie Brown, whose parents flew all the way from Maryland to attend the event. “Six weeks has felt like forever—I really needed that.”

To cap off the weekend, SAB hosted Bingo Night in the Caf for current NU students. The event had high attendance, and many students packed the Caf as prizes such as Seahawks tickets and AirPods were awarded.

Most importantly, this weekend showcased the importance of bonds—families and friends in all walks of life reuniting to renew relationships and celebrate as a strong, loving community united by NU.