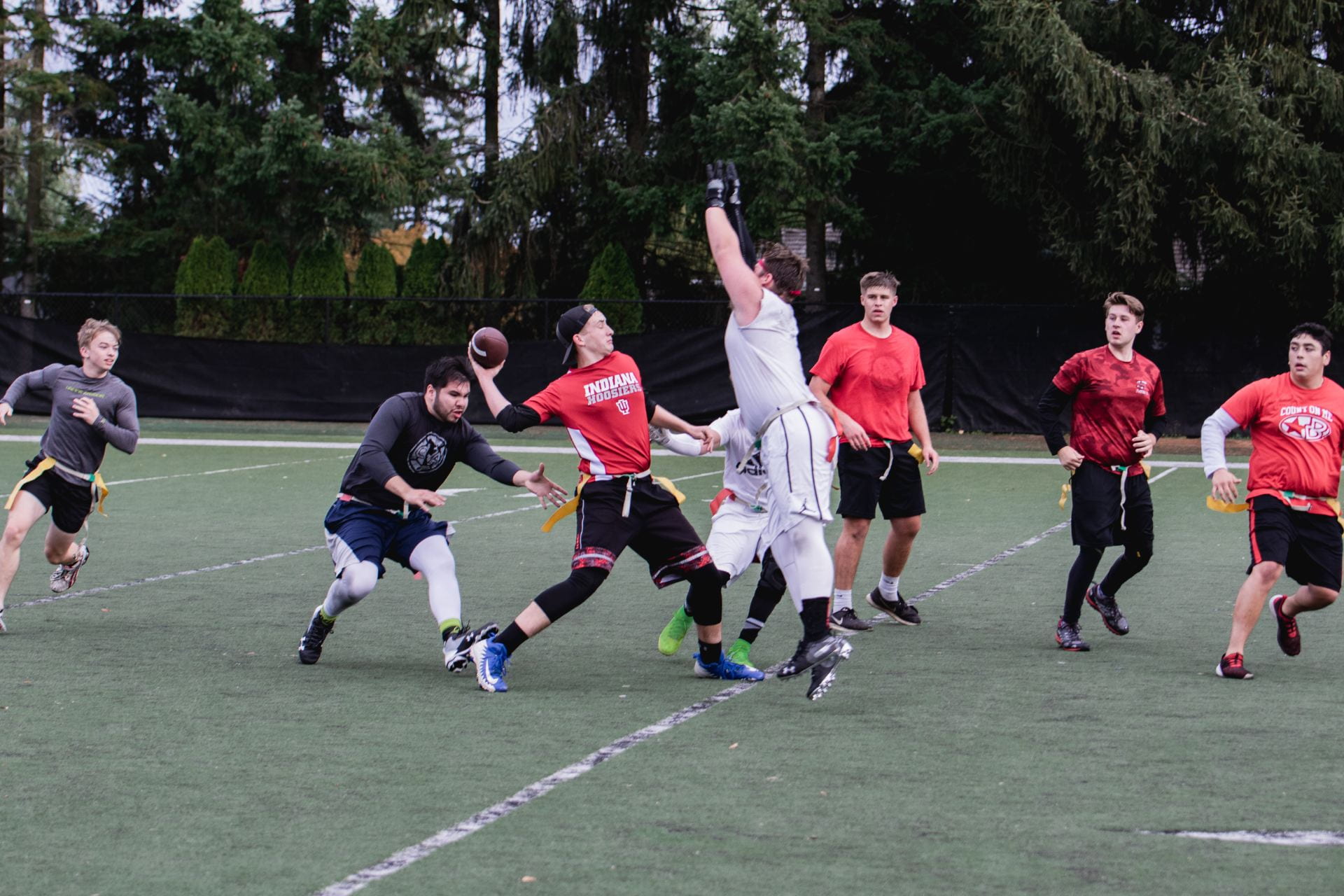 The Wolfpack and Pride battle for intramural gridiron supremacy. Photo by Walter Borbridge. 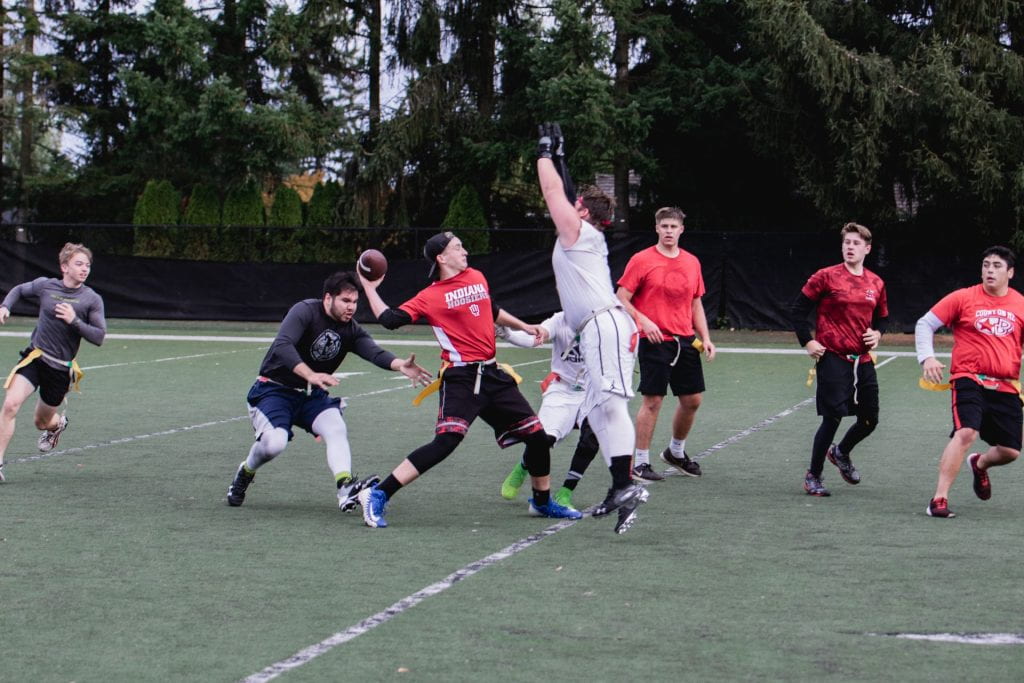 The Wolfpack and Pride battle for intramural gridiron supremacy. Photo by Walter Borbridge.

The Intramural Flag Football season concluded on Oct. 5 with a championship game between the Pride and the Wolfpack. The game was noteworthy for a variety of reasons, one of them being that FOA failed to reach the championship for the first time in at least four years. The game was closely contested, as the teams were tied at 20-20 at the end of regulation. The Pride would emerge victorious in overtime, winning 26-20, to claim the throne after a frustrating streak of runner-up finishes in the last few seasons.

Intramural Sports Recreation Coordinator Olivia Ragland reflected on the season, which she says drew more people than she had anticipated.

“The more people, the better!” she said.

The volume of students participating brought forth added competition between the different living areas.

This season of Intramurals wasn’t without its share of controversy; at the start of the season, a student was injured. The teams had been actually tackling one another, rather than using the flags. Ragland explained that this was due to a misunderstanding of the rules.

“There was a little bit of miscommunication in the beginning of how the game was supposed to be played,” she said, “a lot of people who haven’t played football will sometimes picture it being like professional ball.”

Ragland sought to corrected this misconception, noting that the intramurals are meant to be more recreational.

“It’s intramurals, so it’s really chill,” she said. “We have to make sure everyone knows that before the games.” Fortunately, she said, the rest of the season went smoothly.

Ragland invited students to join the next Intramural season, which kicks off Oct. 23.

“We will be starting Intramural Volleyball,” she said, “you can sign up on imleagues.com.” Games will be on Wednesday nights at 10 and 11 p.m. Students can sign up in teams, or be assigned a team, depending on their preference. Ragland encourages students to take part in Intramurals, as it offers more than just a chance to exercise.

“It’s not just sports, it’s the idea of community. It’s really cool because people from all different living areas and majors come together and do community together like Christ calls us to,” she said.

Film Review: “Joker” and the Questions and Opportunities it Presents to Christians