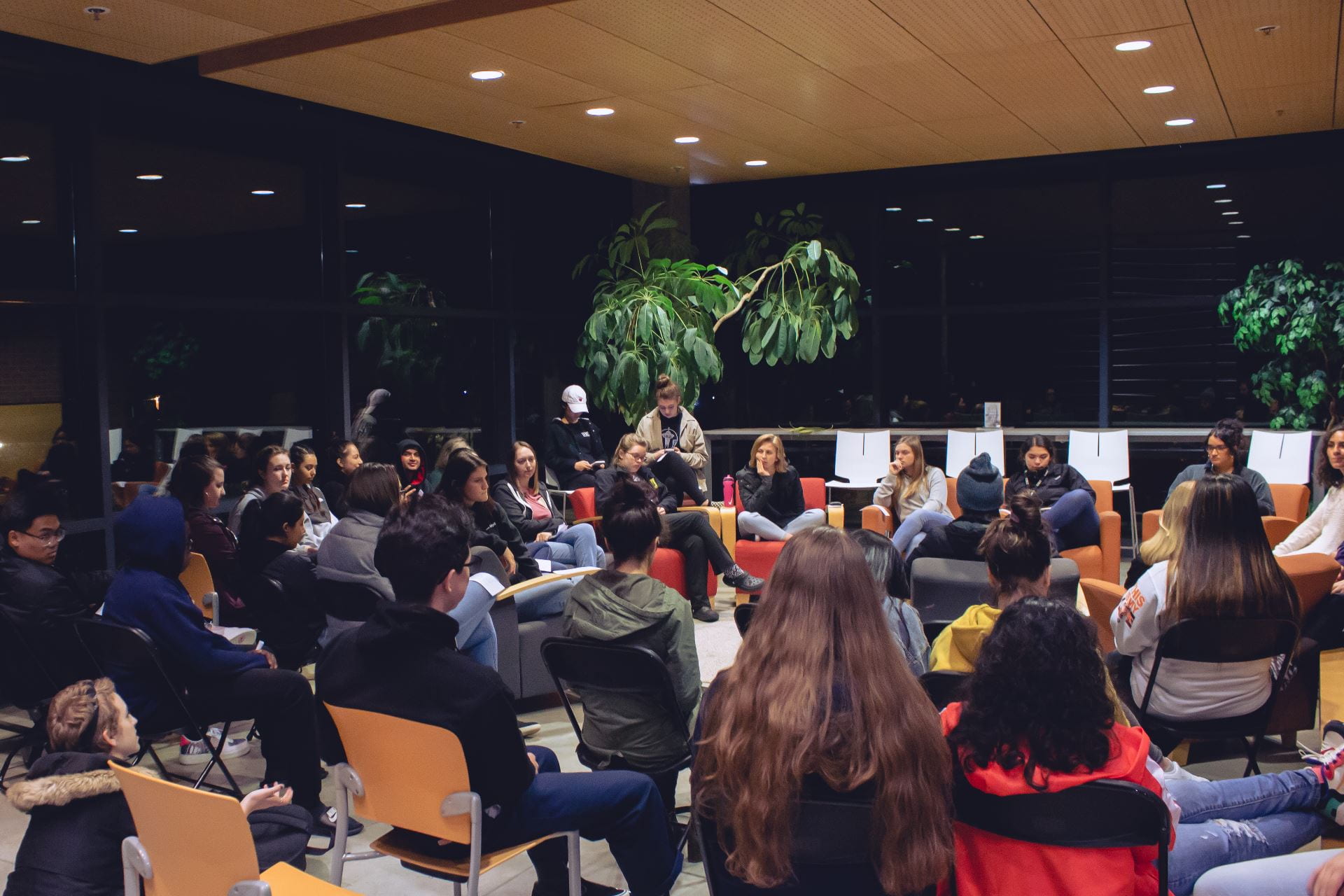 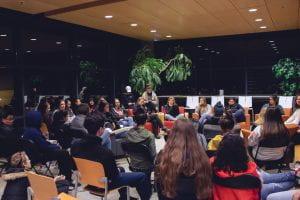 Cancel culture, a movement popular on social media, refers to the complete withdrawal of support for a public figure as the result of his or her offensive actions or behaviors. While the movement is argued to create public accountability for societal influencers, the debate as to whether or not it creates a desire for the public figure to change remains ongoing. As Christians, how do we deal with this movement? MOSAIC created the opportunity for NU students to discuss this movement from a Christian perspective at Courageous Conversation.

On Oct. 8 at 7 p.m. in HSC fireside, the MOSAIC team held a Courageous Conversation to talk about cancel culture. Students were given the opportunity to learn about cancel culture prior to the event through a link to an article by Cait DeLucchi. DeLucchi’s article “Cancel Culture: Too Late to Learn from Past Mistakes? Where is the Line?” provides a definition for cancel culture, addresses some common arguments for and against the principles of the movement, and discusses the necessity of focusing on a shared sense of humanity through it all.

“Cancel culture is, essentially, when people who have said or done problematic things, either now or in the past, are decidedly ‘cancelled,’ and people no longer support them or their endeavors,” DeLucchi said.

MOSAIC student director Natasha Vederoff led the conversation throughout the evening and opened with a reflective question: Would you buy an artist’s work even if they committed a violent crime? Almost immediately, students began talking with each other about how they determine whether or not to engage with the work of someone who had committed crime or lived a lifestyle the student did not agree with. While there was a wide range of opinions on the topic, Vederoff challenged students to reflect upon how the engagement with the work impacts others or embodies the hurt others have experienced.

“What are we willing to give up if we knew that other people were hurt as a result of it?” Vederoff said.

Students then broke off into smaller groups to define cancel culture and its impact on society. Josh Ice, another member of MOSAIC, spoke to the group as a whole regarding the presence of cancel culture in society. Ice described the movement as a symptom of a society engaging in gossip, where the secrets and mistakes of people with influence are spread without a second thought and people choose to “cancel” them without direct interaction with the situation.

The conversation soon drifted into a focus on societal impact. The group was asked how cancel culture is both beneficial and detrimental to society as a whole. In response, Ciara dela Cuesta talked about how cancel culture impacts a multitude of people. While the focus is on the influencer being cancelled, the cancellers are also impacted by the decision.

“Not only does it affect the person who was cancelled, it also affects us as people too, who are cancelling the person,” dela Cuesta said.

The event concluded with a prayer by MOSAIC Student Coordinator Joseph Gomez De La Mora and an encouragement for students to continue reflecting upon the topic of cancel culture in their dorms and with their friends.

MOSAIC will host Reel Talk on Tuesday, Oct. 22, at 7 p.m. in HSC 104. This event will include a showing of “The Book of Life” and a discussion on themes from the movie, such as family expectations and the Hispanic tradition of celebrating Día de los Muertos.

Editor’s Note: Alexis Savary is the logistics coordinator for MOSAIC, and the assistant managing editor for the Talon.