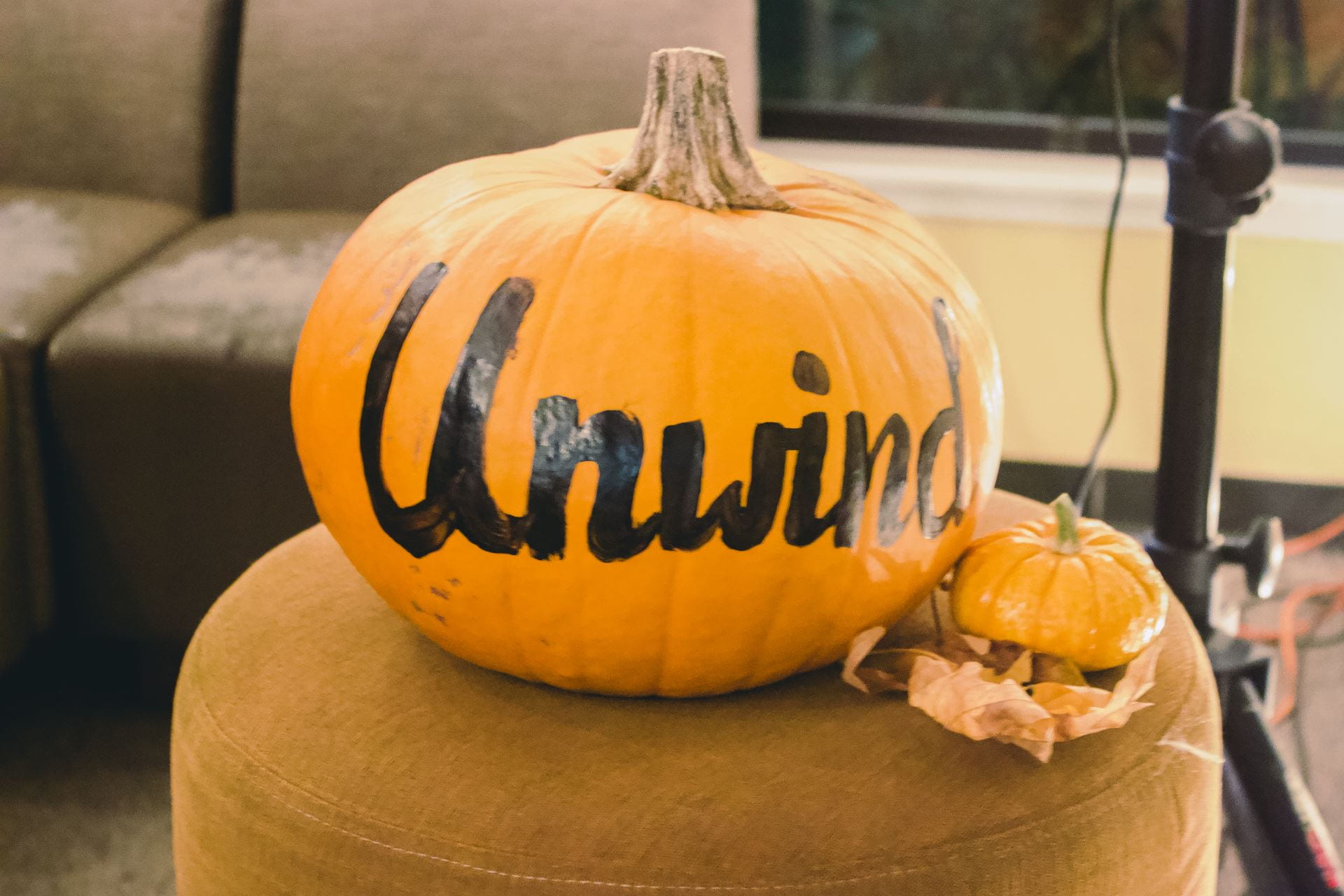 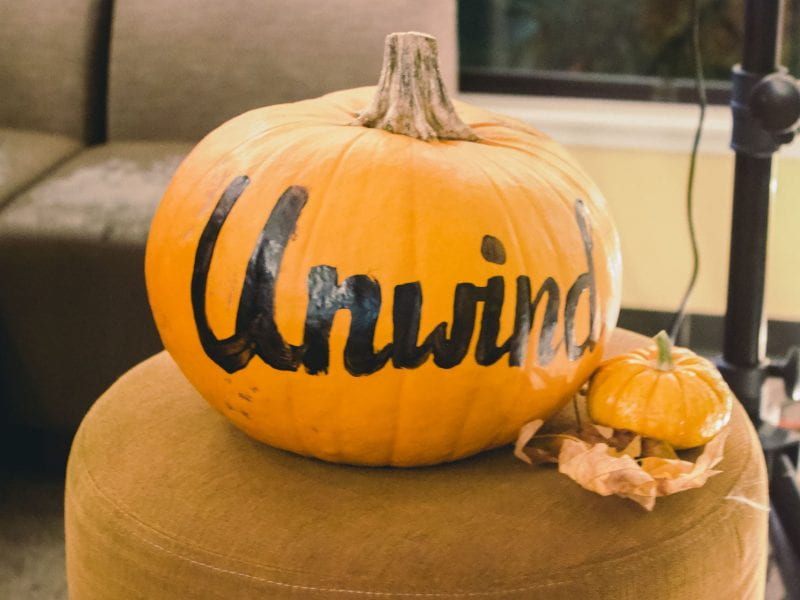 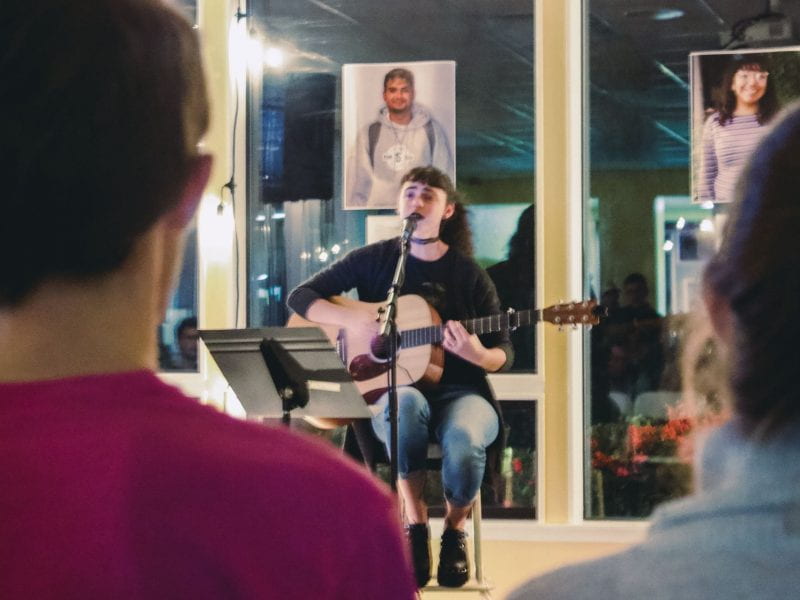 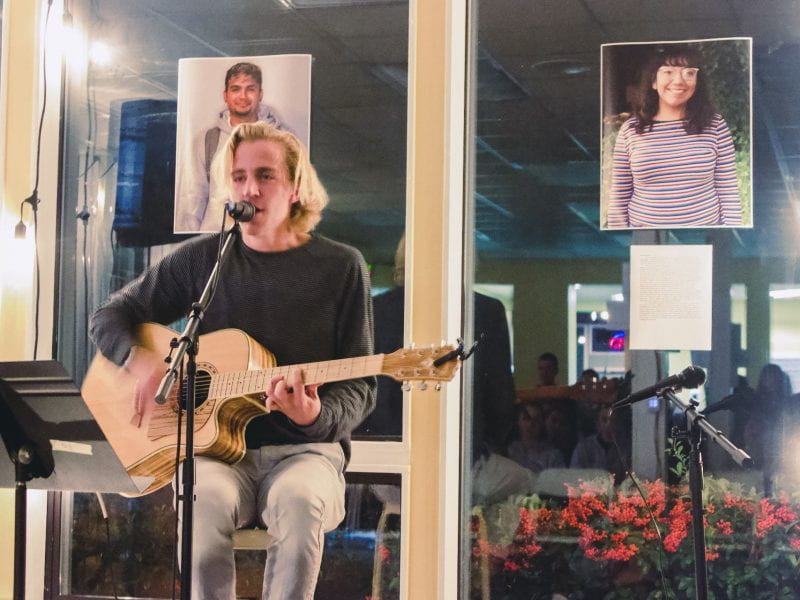 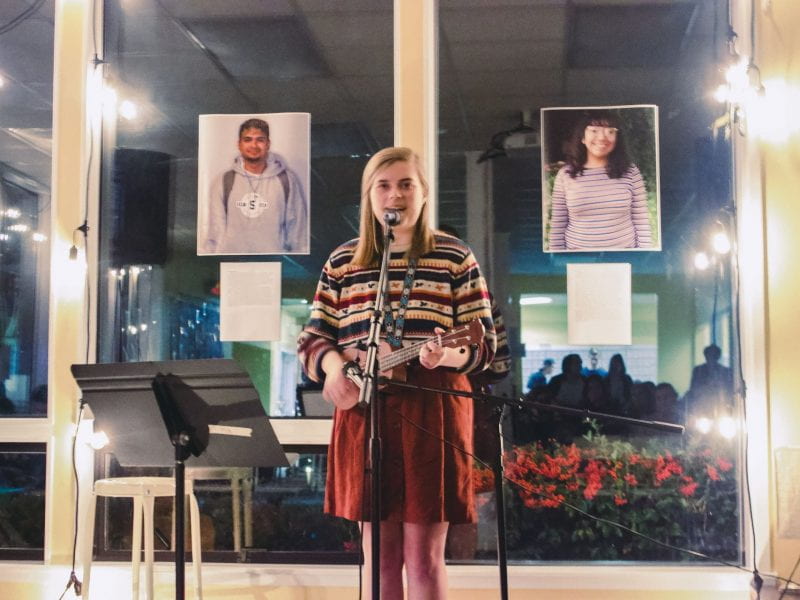 SAB hosted Autumn Unwind this past Tuesday, Oct. 15, and featured performances from Allison Elliot, Corban Phillips, and Asriel Kerr. The event was held in the Pecota Student Center, which SAB transformed into a cozy fall-themed venue. Pumpkins were painted with information about the event, including performers’ names as well as greetings to the students who attended.

Students who attended the event said they appreciated the atmosphere that SAB had created.

Lindsay Walden also had good things to say about the event.

“It’s relaxing,” Walden said, “and it feels so cute and cozy in here!”

Elliot performed first, kicking off the night with an original song called “Springtime.”

“Get ready to be in a mood,” Elliot said before starting her set. The song was a wistful goodbye to a younger self, beginning with soft fingerpicking, escalating, then quieting down again at its conclusion.

She followed up with a second original, “Roses.”

“You had me smelling roses, and pushed my palms into the thorns,” she sang. She then shifted to her only cover of the night, “Have You Forgotten” by Red House Painters. Elliot concluded her set with an unnamed song she’d written a few days prior.

Phillips, lead singer of the band SITC, followed Elliot. He opened his set with two covers: “2/14” by The Band Camino and “Boyfriend” by COIN. He then transitioned to an original song.

“I wrote this song for my girlfriend, Emma,” he said. The song, “Stay with Me,” was a peppy love song, filled with cute clichés. Phillips’ final song was an original worship song he’d written a few weeks ago. He spoke briefly about the season he was walking through in his own spiritual life, a season of wanting to know God more.

“We lift our hands in eternal praise, in awe, face to face,” he sang.

Kerr took the stage last. Armed with her ukulele, she led the audience in a few well-known tunes.

“Sing along if you know the words!” she said brightly. She performed her own renditions of “Hey Soul Sister” by Train, “Photograph” by Ed Sheeran, and “A Million Dreams” from The Greatest Showman.

She closed her set with a mashup of “Classic” by MKTO and “I Want You Back” by the Jackson 5.

As the night came to a close, students mingled and enjoyed coffee and pastries.