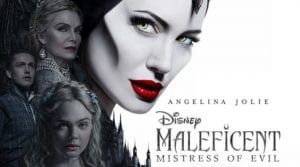 “Maleficent: The Mistress of Evil” (2019) is directed by Joachim Ronning and stars Angelina Jolie as Maleficent, Elle Fanning as Princess Aurora, Michelle Pfeiffer as Queen Ingris, and Harris Dickinson as Prince Phillip. The film has garnered about $155 million globally during opening weekend, meaning that it should profit from its $185 million budget. The film currently holds an impressive 95% approval rating from the audience but holds only a 40% rating with critics. In other words, the film is enjoyable but forgettable, even if it is far from a failure as a film.

What is there to learn from this film? Surely there can be little to glean from a fairly average sequel that few people asked to see in the first place. Although the film itself may have little to offer, new Disney stories and sequels like this should be supported and seen more so than Disney’s remakes of their own classic films. The remake of ”The Lion King” earlier this year, for example, has gathered over $600 million worldwide on just a $260 million budget. Should audiences be more interested in and supportive of a remake of a classic film or of a unique take on an otherwise ordinary fairy tale? On the surface, films like “Maleficent” should look more appealing to audiences who do not want copies of already beloved films. Although the film does not succeed on its own merits, I fear that positive audience reactions to unoriginal film ideas will make the market less inviting to visionary directors and to creative story ideas.

As much as I hoped this film could prove to bring new story ideas and narratives a bigger voice in the movie market, “Maleficent: The Mistress of Evil” remains largely dull primarily because it strips most of the agency of the title character: Maleficent. As much as Jolie does her best with the very few lines she is given, Maleficent as a character does very little, grows very little, and learns very little. The original Maleficent film attempted to complicate the motivations behind Maleficent as a character by crafting a tragic backstory that informs her cold exterior and character. Unfortunately, Maleficent is not allowed the agency to further establish her identity. For most of the film, characters around her provide exposition to the audience about how things are or about how things could be, and she rarely has any opportunities to freely choose a side or make important decisions as a character on her own. The film does give her agency in the final act, which I will not spoil, but the impact of that action is quickly forgotten, and any possible emotional connection is completely abandoned. By focusing too heavily on a complicated plot, the film neglects to build any emotional weight or growth to its title character.

Just as Maleficent is given insufficient character growth, Aurora and Phillip are given insufficient character growth. At first, the concept of the union of the prince of humanity with the princess of nature, or the “Moors” in this universe, could appeal to a more nuanced discussion of how humans interact with nature. The film could present two radically different perspectives on cold isolationism from nature and on naïve, unsafe views of nature that lead to an abandoning of human connection. The film could have attempted to reach a synthesis or harmony between two radically different perspectives. Instead, the film opens with all character differences already resolved: Prince Phillip and Princess Aurora say that they love each other, but the audience never gets a sense of why, and more importantly, the characters never disagree or struggle with each other’s differences. The film abandons any sense of finding synthesis in an otherwise heated binary in favor of less interesting plot conflicts.

The main conflicts of the film involve the stance of the winged creatures who look like Maleficent. While one leader wants to find harmony with the human race, another leader seeks violent revolution as the only alternative to total extinction. The film presents Maleficent with a difficult choice: does she give into her evil desires and her lust for revenge or should she side with protecting her daughter and her future family by hoping for a time of peace? Instead of allowing Maleficent to answer this key question, the plot forces Maleficent to choose a side in a fairly contrived way. Instead of allowing Maleficent to have personal agency in order to choose a direction for her character to develop, one of the leaders is suddenly killed, allowing the other leader to carry out his plan and effectively forcing Maleficent to join him. The film could elevate this plotline by making Maleficent choose a side or by making the surviving leader switch positions because of the other’s death. Instead, the death of one leader eliminates the tension of that decision, stripping Maleficent of any emotional weight in the final act.

Only one question makes watching this film worth seeing: who is the mistress of evil? Before seeing the film, most audiences who are familiar with the character of Maleficent would assume that she is the mistress of evil, since that is the origin of her story in the first film. Trailers for this movie would suggest that Maleficent continues to be the villain, which is not inaccurate. Even so, viewers may find a more worthwhile pursuit in viewing Queen Ingris as the true mistress of evil. As the story unfolds, the queen indirectly or directly presents herself as the villain of this story. I cannot go much further because of spoilers, but for viewers who may want to see this film, look for how elements such as camera movement, musical score, framing, body language, tone of voice, and even shadows portray the queen in a negative light. Pfeiffer is the saving grace of this film; without her, the story lacks tension and emotional weight and would probably not be worth seeing.

In the end, as much as some of the tensions and revelations of the plot may be forced, as much as the pacing of the first act feels strange, and as much as characters lack real emotional development, the commanding presence of Pfeiffer and the prospect of a newer story from Disney make “Maleficent: The Mistress of Evil” worth considering as a rental, but ultimately the film remains largely forgettable.

Reel Talk: “The Book of Life”