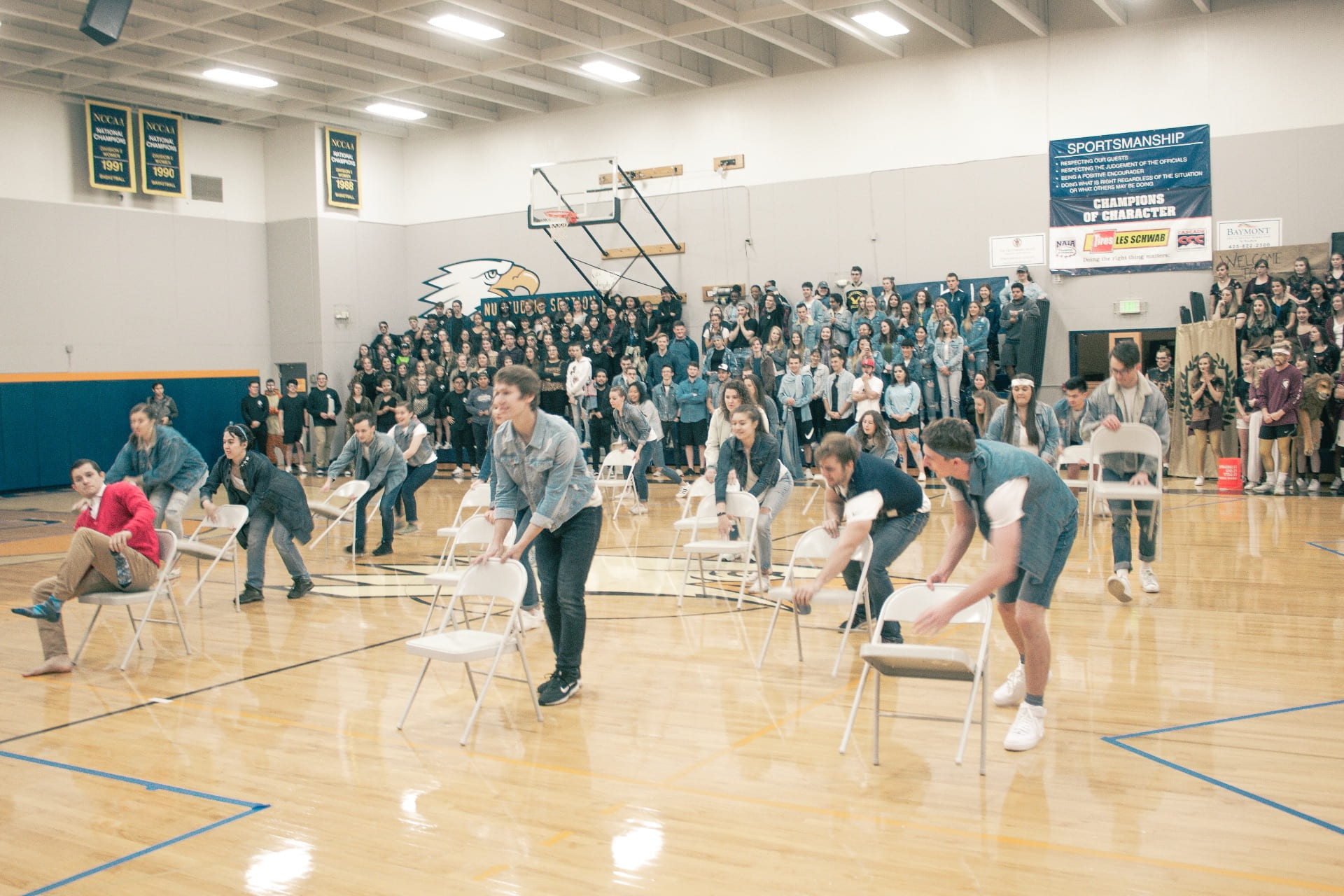 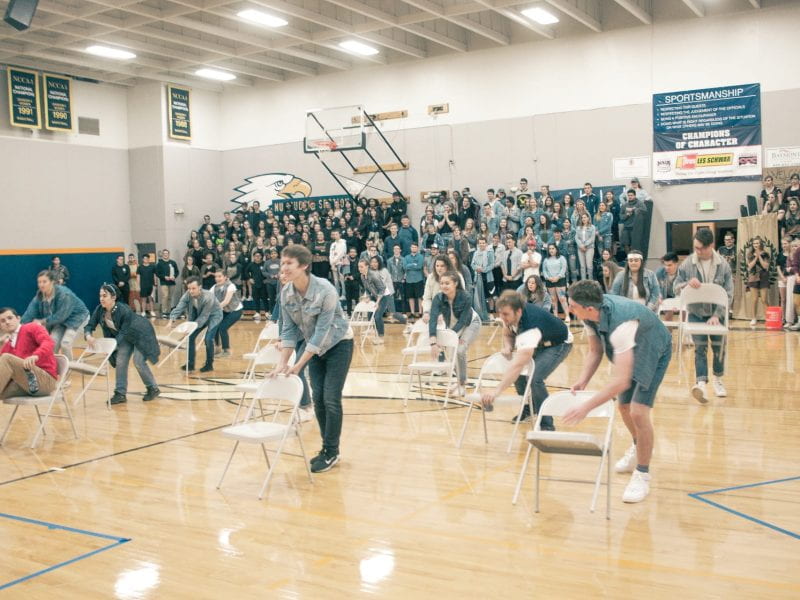 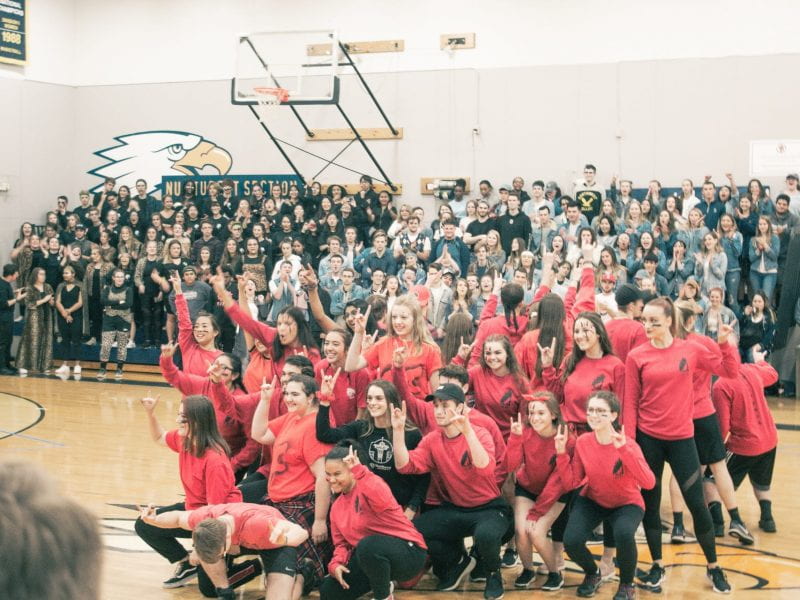 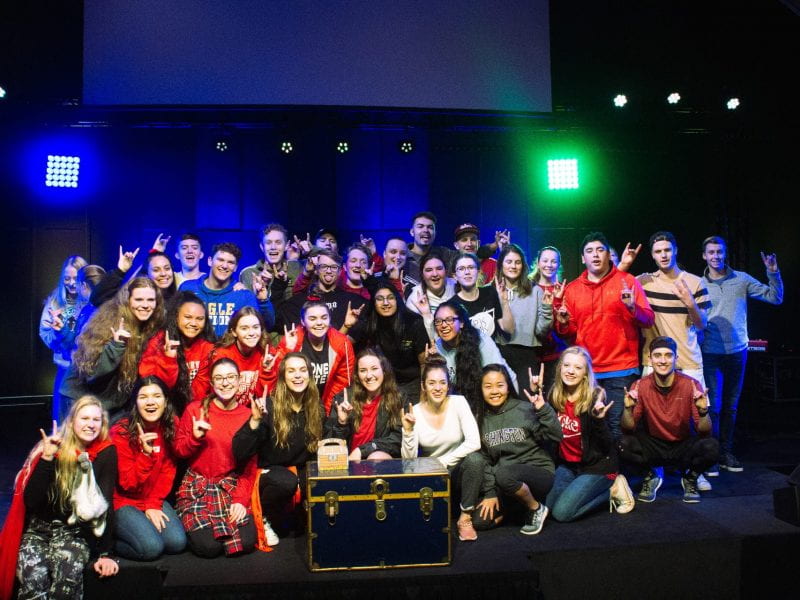 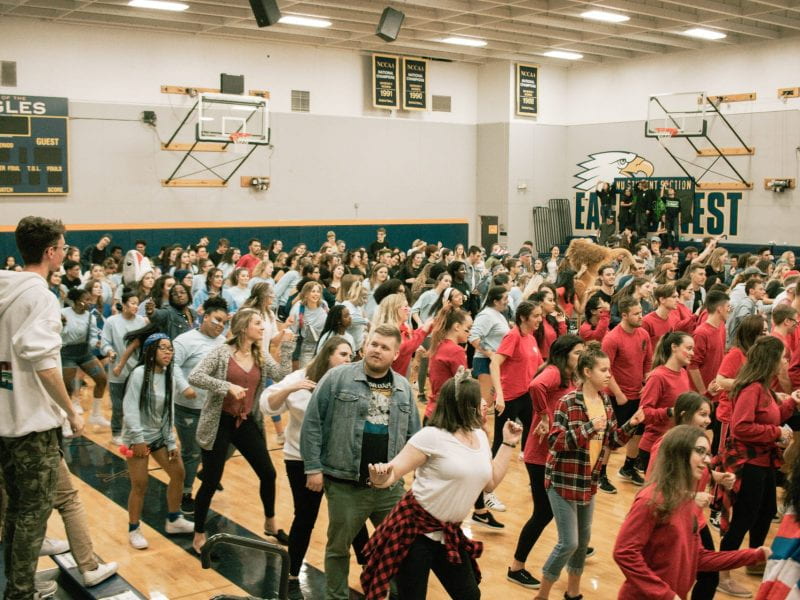 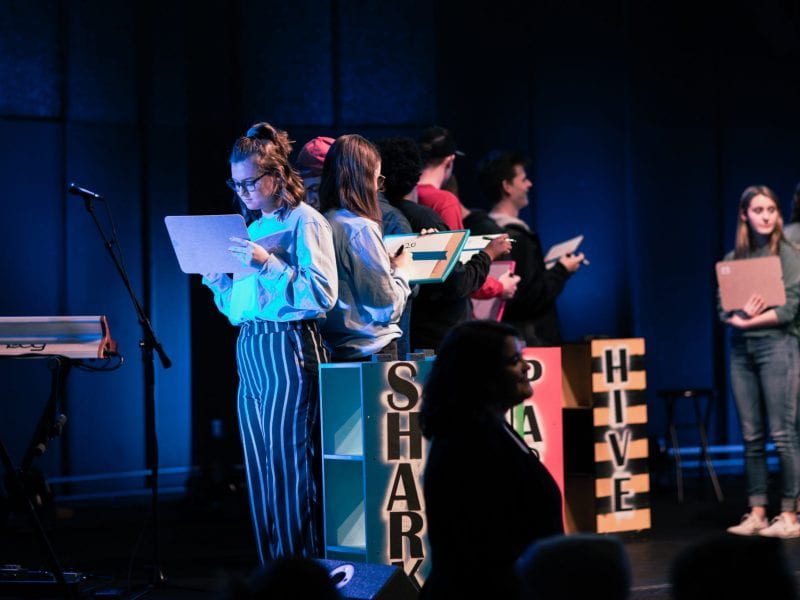 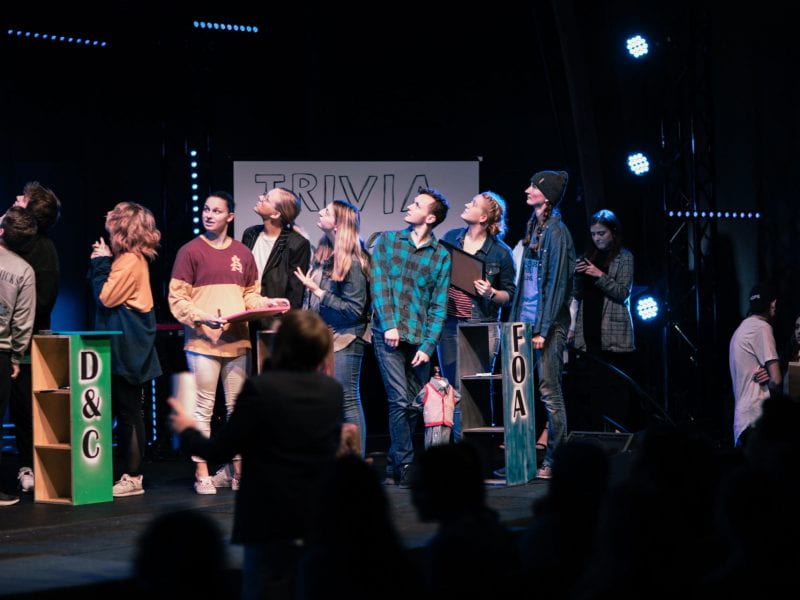 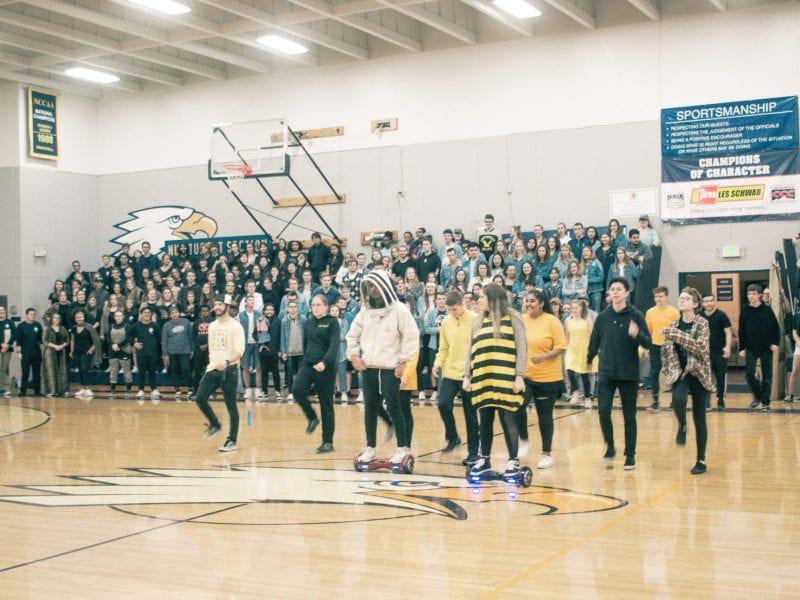 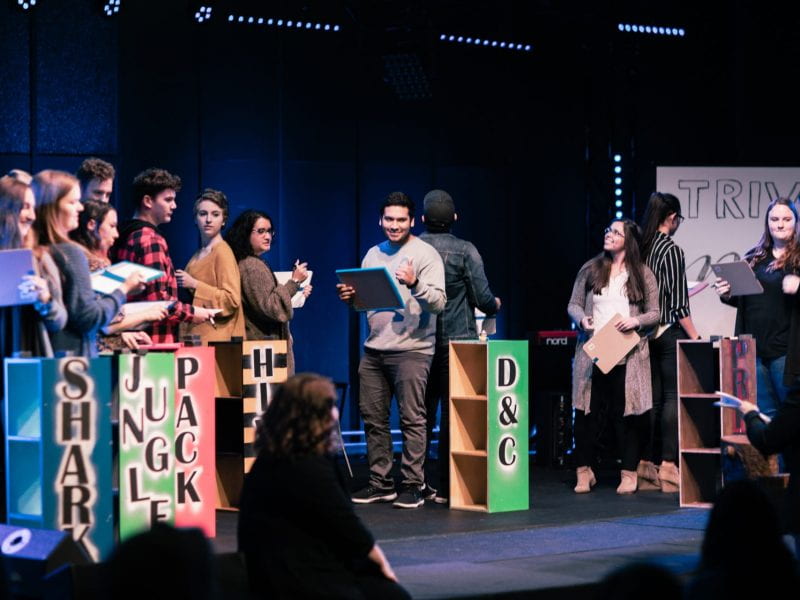 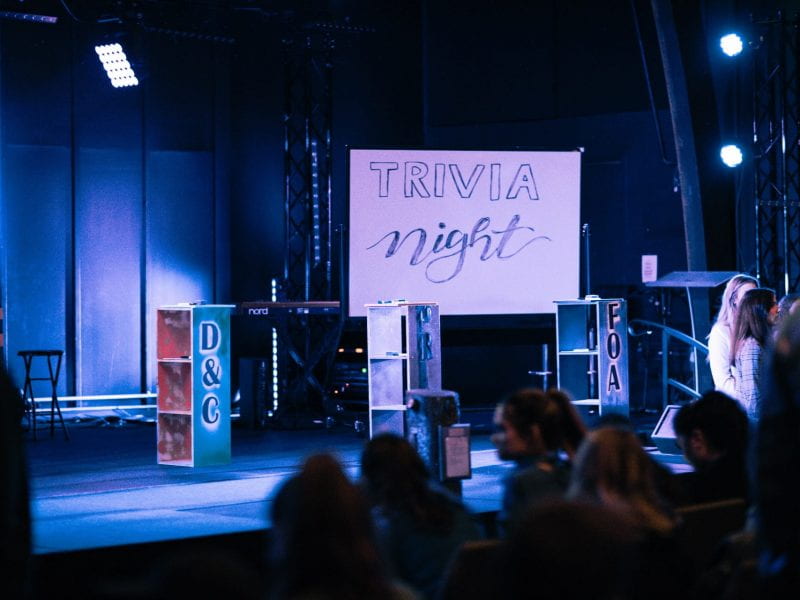 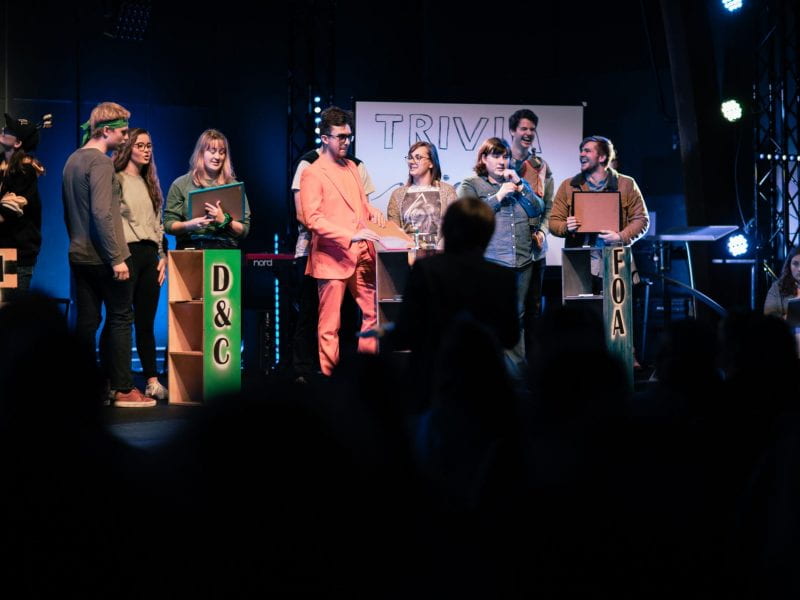 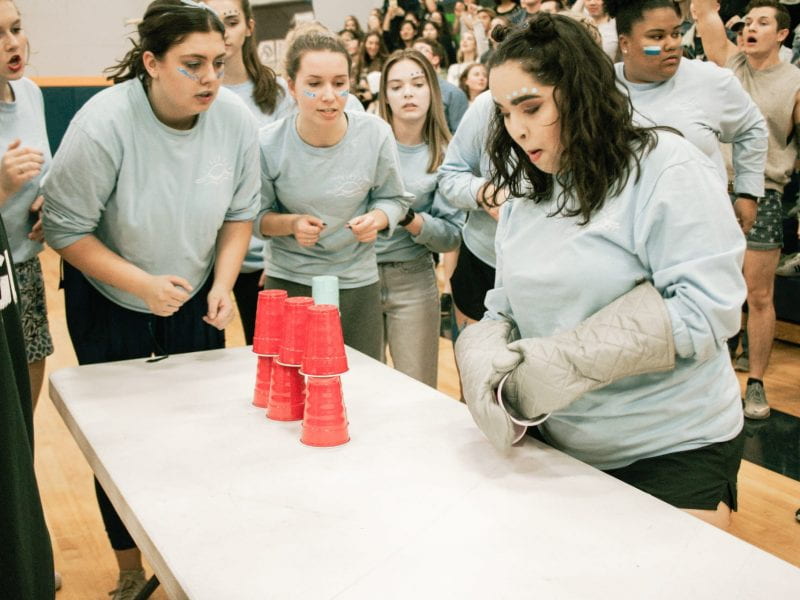 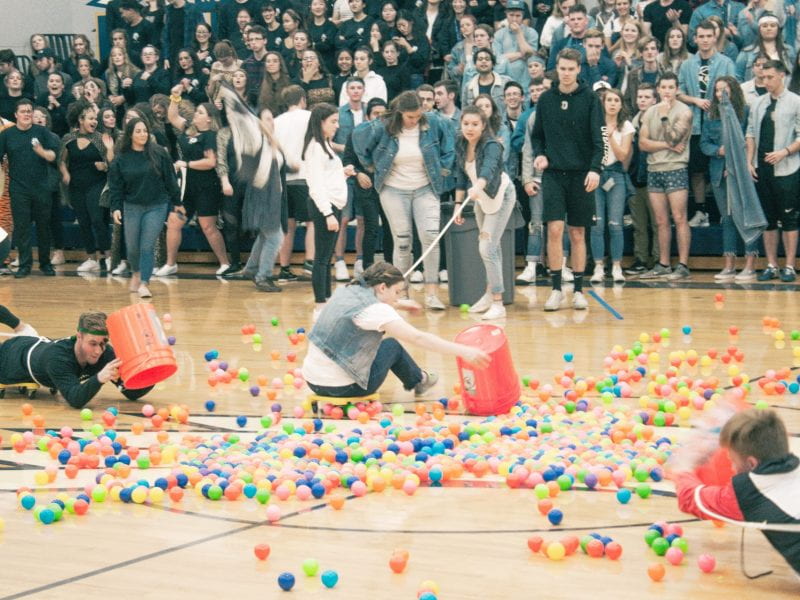 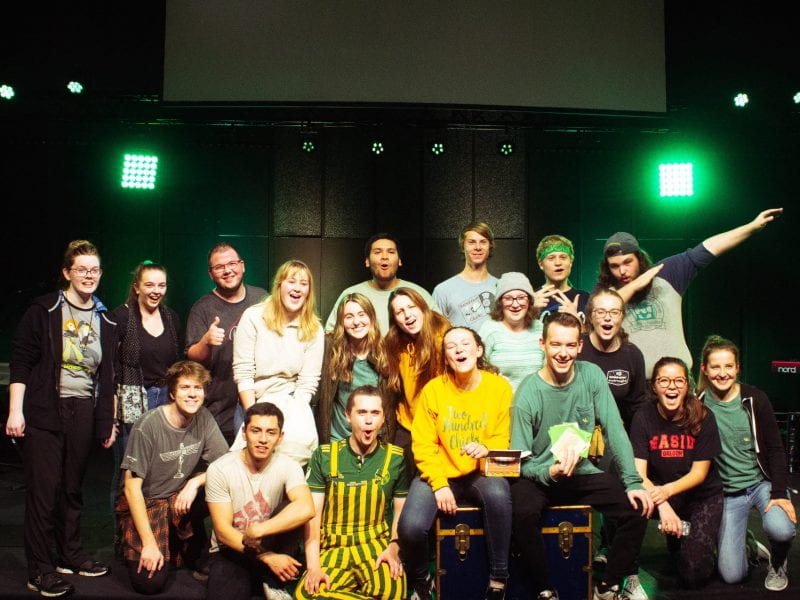 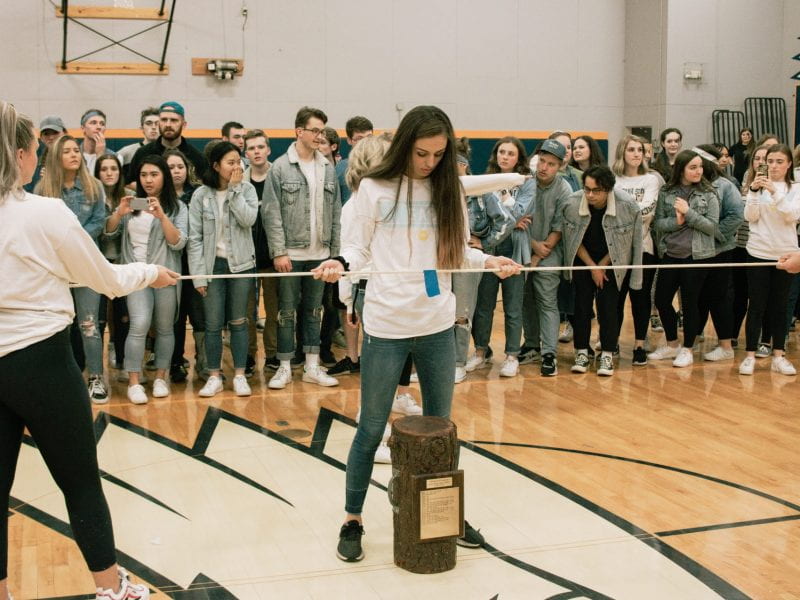 The 2019 edition of Screaming Eagles Week took place last week, and for the second year in a row the competition came down to a tie at the end of the Eagle Olympics on Friday night. SAB had a tie-breaker prepared for this year, however, and FOA won the Stump for only the second time in the 19-year history of the competition.

On Monday, the day began with the first of five daily challenges. Each living area had to create a floor crest, photograph it, post it on Instagram and tag SAB. That evening, the groups competed against each other in games of dodgeball. FOA, recently rebranded as “The Neighborhood,” faced the Pride in the championship round. FOA won, beginning the week in first place. The Jungle came in third, followed by the Wolfpack, the Ducks & Chicks, the Hive, and the Sisterhood.

The daily challenge for Tuesday was to create a TikTok. These short videos, created and posted on the social media app of the same name, were judged based on creativity. Tuesday night’s event was Trivia Night, with representatives from each floor answering general trivia questions, participating in “Floor Feud” and the “Newlyroommate Game.” The Hive triumphed in this event, but FOA still led the pack in the overall standings.

On Wednesday, each living area was tasked with decorating a floor-themed cake for the daily challenge. The top three winners were the Pride, the Sisterhood, and FOA. Wednesday night was the much-anticipated music video night. Students dressed up in formal attire to view the videos they had been working on all week. Faculty judges chose the Pride’s music video as the winner, which pushed them to first place overall. FOA dropped to second, followed by the Jungle, the Wolfpack, the Hive, the Ducks & Chicks, and the Sisterhood.

Students woke up on Thursday morning to find little pink army men hidden all over campus. Drawings of the SAB staff were hidden as well. Army men were worth 1 point each, and the SAB drawings were worth 25 points. Items were turned in at Secret Night. This year’s Secret Night was a treasure hunt named “Northwest Treasure,” where students ran around campus finding clues and playing games. The Pride emerged victorious once again, maintaining their first-place position as the floors headed into the final day.

The final daily challenge was to recreate a photo from an old Northwest yearbook. Friday night brought the final event: The Eagle Olympics. The night began with each floor performing a choreographed floor entrance dance. Faculty judges awarded the Pride first place for this event. The Pride also won the next event, Tic-Tac-Toe. Floors then competed in a game of Hungry Hungry Hippos, where the Wolfpack triumphed. The Jungle won the next event, the Chariot Races. The final event of the night was a relay, including table surfing and cup stacking. SAB took a break to tally scores while students danced and socialized.

When it was time to announce the winners, SAB revealed that the Pride and FOA had tied for first place. To break the tie, the floors competed in a final round of tug-of-war. FOA beat the Pride, securing the Stump for the first time since 2015, the only other year FOA has won Screaming Eagles Week.

The Sisterhood took third, followed by the Ducks & Chicks, the Wolfpack, and the Jungle. The Hive came in seventh, winning the Golden Plunger.