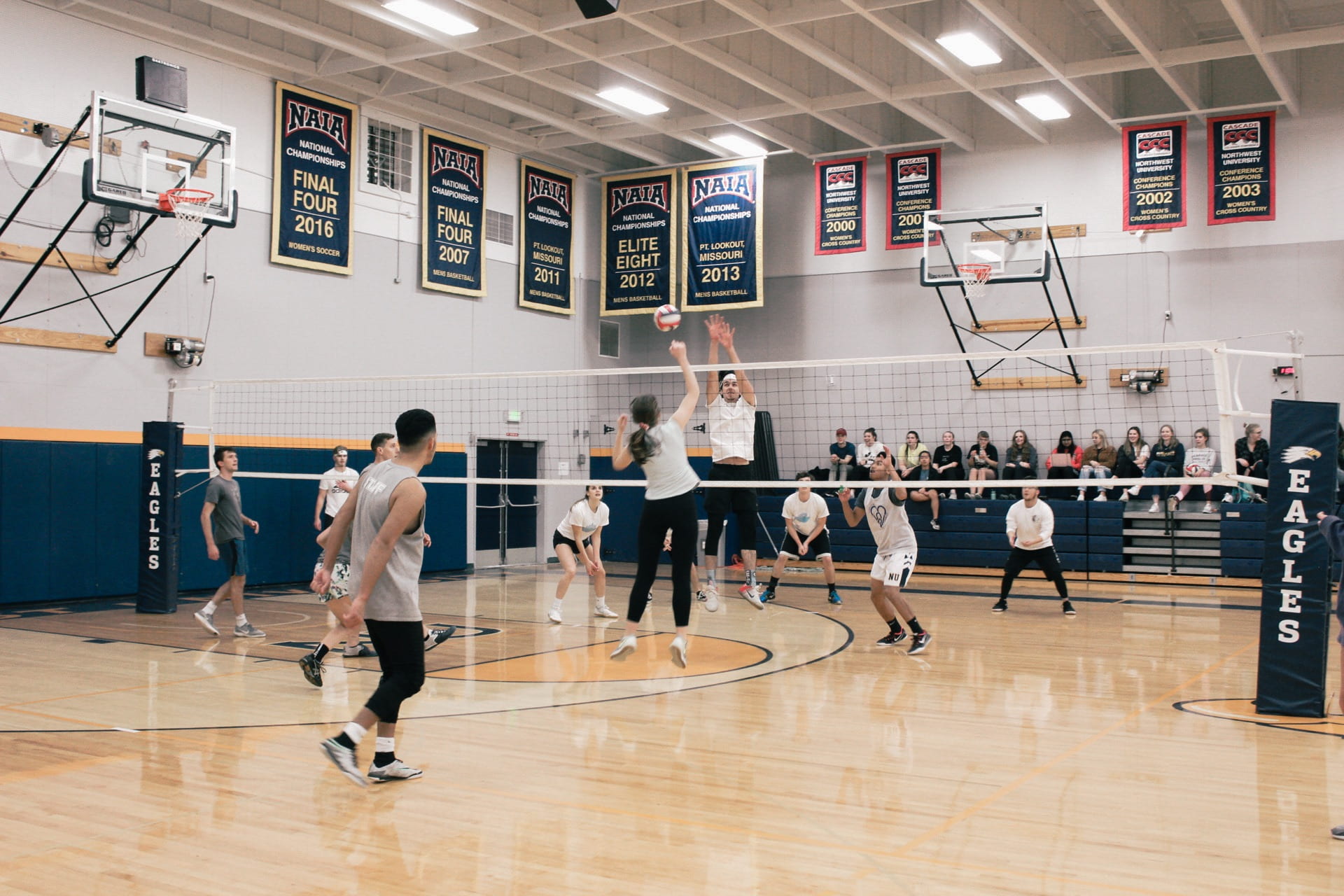 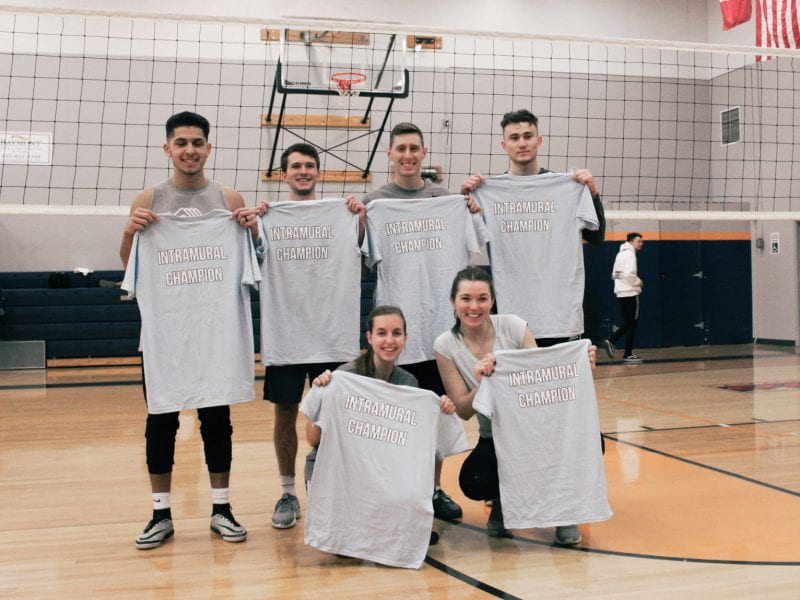 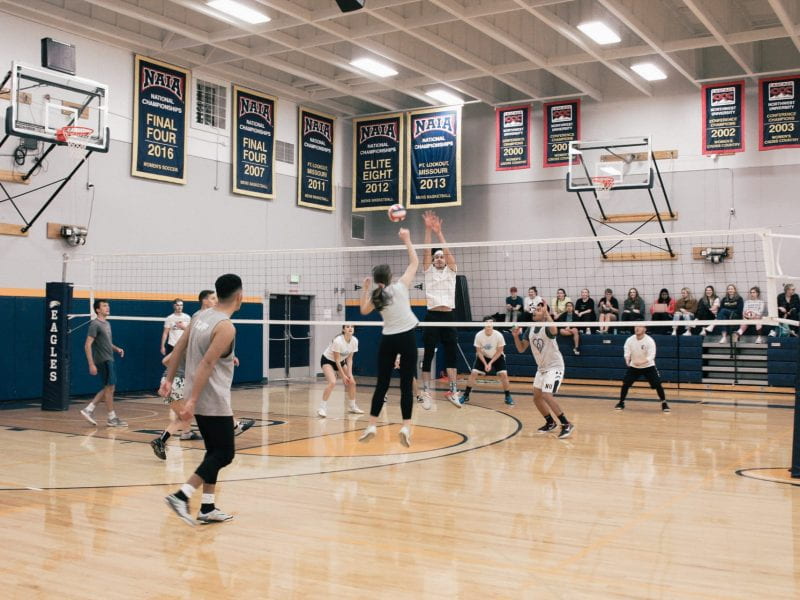 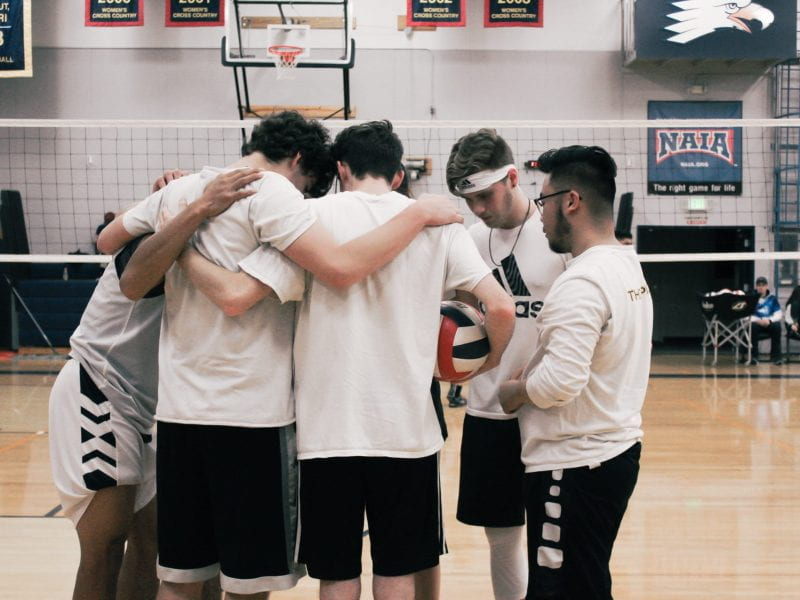 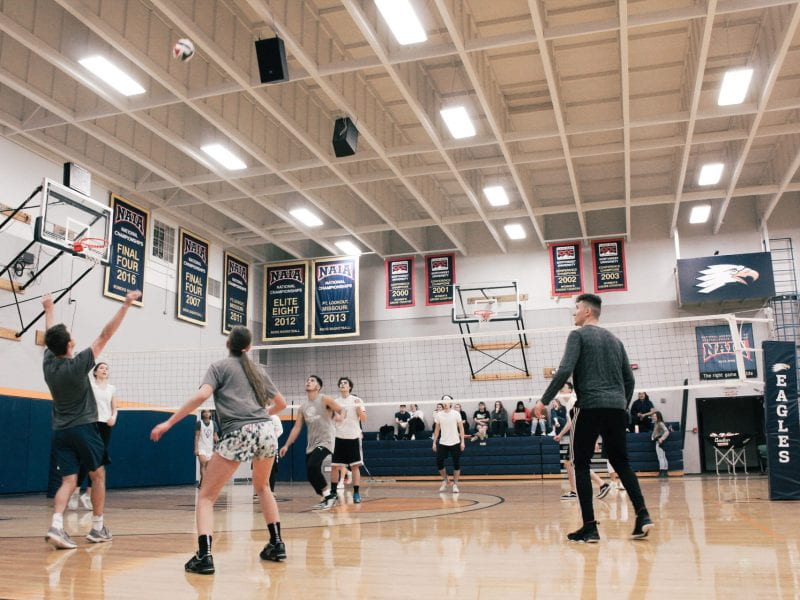 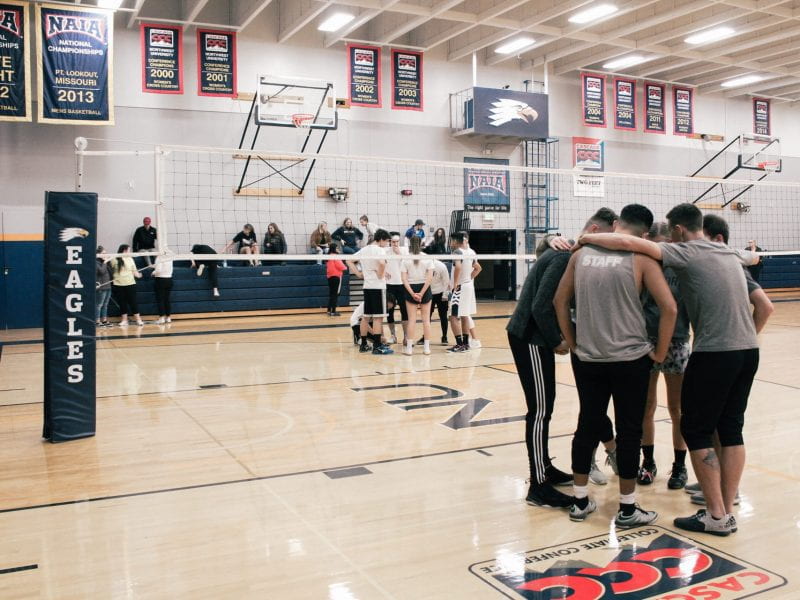 Over the past several weeks, Northwest University’s Student Activities Board (SAB) has hosted Intramural Volleyball in the Kristi Brodin Pavillion from 10 p.m. to midnight. The teams played every Wednesday night from Oct. 23 to Nov. 20, with a bye week on Nov. 13 due to Screaming Eagles Week and the championship match held Nov. 20.

Unlike other intramural sports, volleyball allows players to create their own teams, rather than playing with others from their floors. There were seven teams in total: How I Set Your Mother, Net Ninjas, That’s What She Set, 2 Legit 2 Hit, Notorious D.I.G., The Empire Spikes Back, and Ex(spike)tation Violation. Each week, they played a different team in the bracket, and gained points towards playing in the championship.

On Nov. 6, Olivia Ragland, the Intramural Sports Coordinator for SAB, made the decision to make this night a fun, scrimmage night.

“Not very many people showed up the week before [Screaming Eagles Week], so I just wanted to give people a space to have fun and be able to enjoy volleyball,” Ragland said.

Since all of the games on Nov. 6 were scrimmages, points were not counted towards the bracket. The decision was made to instead hold one last round of games for all teams and the championship on the same night.

“The two teams that are in first place are tied right now: Notorious D.I.G. and How I Set Your Mother, and those teams are going to play off tonight” Ragland said.

The teams appeared to be rather evenly matched, which made for a close game for spectators to watch. In the end, Notorious D.I.G. took the victory and received t-shirts for winning.

Due to the popularity of this semester’s games, hosting intramural volleyball again in spring semester next year has been considered.

SAB Photographer and Event Coordinator Brandon Jones explained that student participation was more than he expected.

“The turn out and support has been surprising, especially [when it’s] late on a Wednesday night,” Jones said.

Ragland said that she was considering playing volleyball again next semester.

“So many people got involved, more than I thought would, and I think it’s really neat to see people having fun and playing volleyball together.”

Whether volleyball intramurals happen again next semester or not, this season boasted unexpected levels of student involvement and provided a fun outlet for students to play a sport they enjoy with their peers.

“When You Can’t Go Home” – Book Tells the Story of NU Student, Refugee Families Who Live in the Pacific Northwest