“When You Can’t Go Home” – Book Tells the Story of NU Student, Refugee Families Who Live in the Pacific Northwest 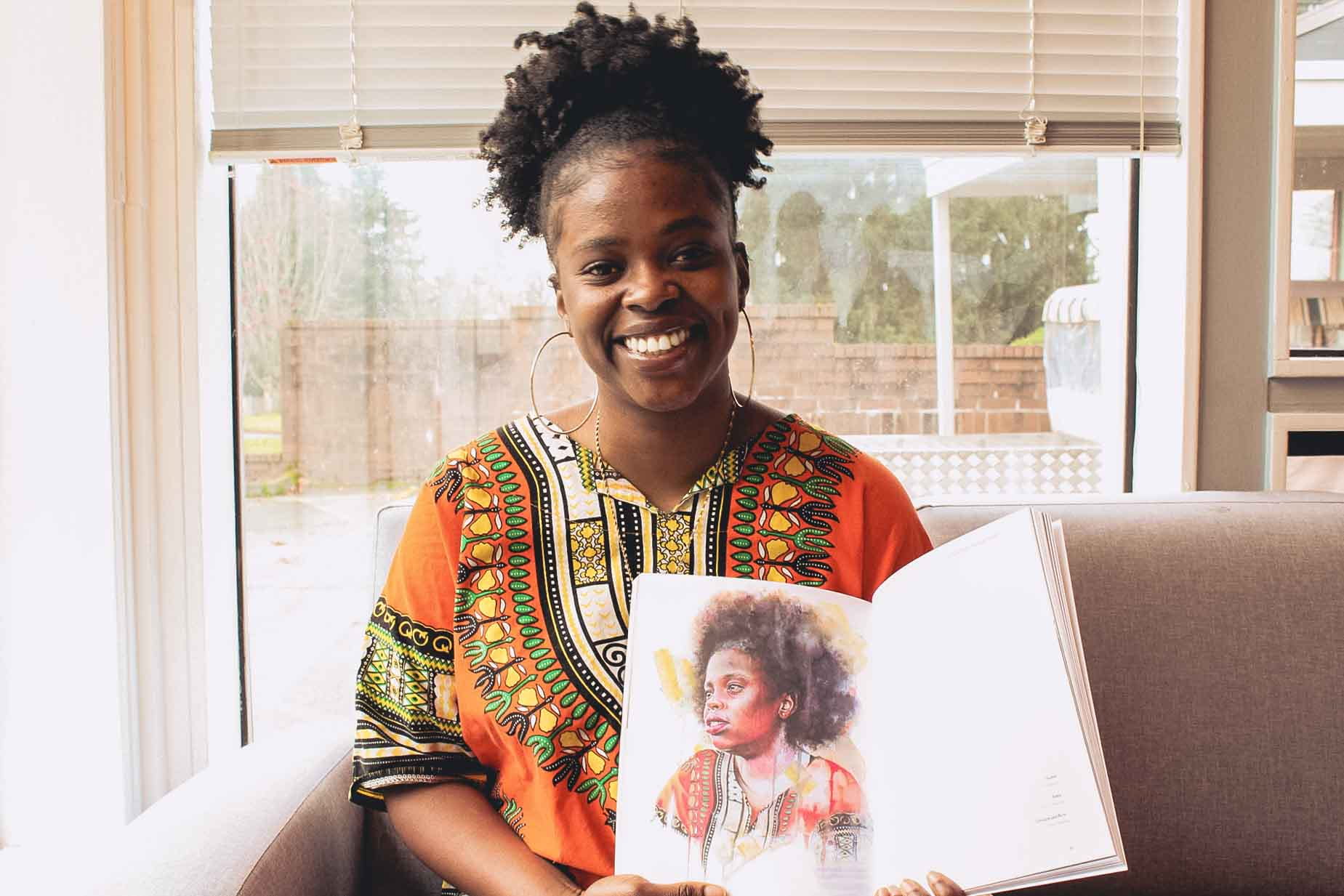 It all started when Karisa Keasey was sitting in bed scrolling through Facebook, and she came across an article about the Syrian Civil War. Keasey’s heart broke. Her husband asked what they were going to do about it; Keasey saw a need and set out to meet it.

Keasey realized the stories of the refugees needed to get into people’s hands.

Keasey says she hadn’t realized the severity of the refugee crisis until five years ago.

“It is the world’s largest refugee crisis since World War II and there are 70.5 million people who are displaced right now with the number rising. Currently, the U.S. is taking the least amount of refugees out of all the countries,” she says.

Keasey is a full-time artist who has degree in studio art from George Fox University. After traveling to India, following her senior year of college, and having lots of thoughts about social justice, she realized what she wanted to do with her life. Keasey said she wanted to “use art for philanthropy and tell people’s stories.” Keasey self-published “When You Can’t Go Home” with help from her husband, Jordan Keasey, who did the layout and countless other parts of the book. “When You Can’t Go Home” took two years to finish, and was released in September of this year.

Through the non-profit organization World Relief, Keasey got connected with refugee families. World Relief provides a wide range of programs for refugees like soccer camps and English classes. This is how Keasey met Aimee Ingabire, a junior at Northwest University. Keasey formed relationships with these families through shared meals and picnics.

“Aimee is amazing, and I want to be her when I grow up,” Keasey says. “Her family was so welcoming to my husband and I, and their family taught me more than I could ever help them.”

Ingabire’s mother and four brothers moved to the United States six years ago in 2013. Ingabire is from the Republic of Congo. Before Ingabire was born, her mother, who had a one year old and was pregnant with her second son at the time, fled the Rwandan genocide of 1994. She then became a refugee in the Republic of Congo. Ingabire’s mother is now in school to become a case worker at World Relief, and three of Aimee’s brothers are currently in school at various universities across the US. One brother is in Uganda working and researching for a year.

Keasey says her desire was to create a tool that she could put into peoples’ hands to buy as a gift and as conversation starter to spread awareness on the refugee crisis.

“It is not about me; it is about their stories,” Keasey says.

Ingabire described the process of the book’s production as enjoyable and a blessing.

“[It] wasn’t hard because of the relationship we had… we welcomed her [Keasey] to our house, and she welcomed us to hers. I feel blessed that she is able to be the voice, and I am really glad and so humbled that she did this,” Ingabire says.

Keasey took the time to come to people’s houses and visit and paint. Keasey would share food and learn about the refugees and their families as people, not just as refugees. Keasey says she was sensitive to the families and the details that they might want to add or take out. She sent a final draft before publishing the book for all the families to look over and approve of the content.

“It was never about Karisa, always about the refugees,” Ingabire says. “Every single refugee story in the book is so powerful.”

Ingabire says that the response of the book has been amazing, and many of her friends and professors are buying the book. She says she has had a lot of questions and support from the NU community.

In the near future, Ingabire is going to be speaking at churches about the book. She says she also hopes to have an event through Black Student Fellowship at NU, where she can talk about “When You Can’t Go Home.” She says she has plans to work at World Relief as a case worker helping refugees.

Keasey is friends with NU campus pastor Christian Dawson, and she was presented with an opportunity to speak at chapel a couple of weeks ago on Nov. 20.  Before speaking in chapel, Keasey and Ingabire had an interview with King 5, which highlighted the book. Keasey says her husband reached out to King 5 and then she got a call a few days later.

Keasey says that we can all do something when it comes to the refugee crisis. She plans to travel to India and hopes to write another book in the near future on the other side of the refugee crisis in other countries