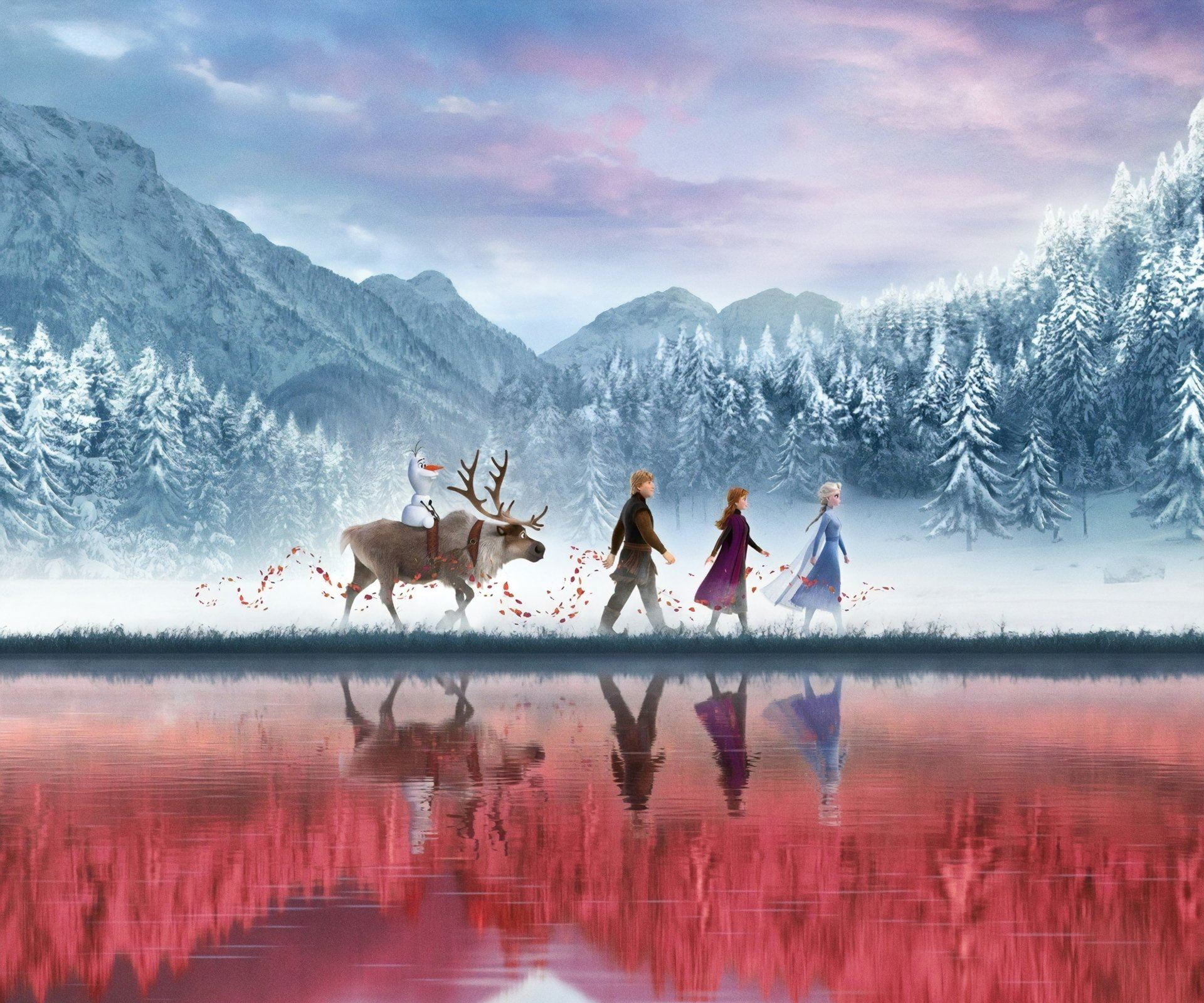 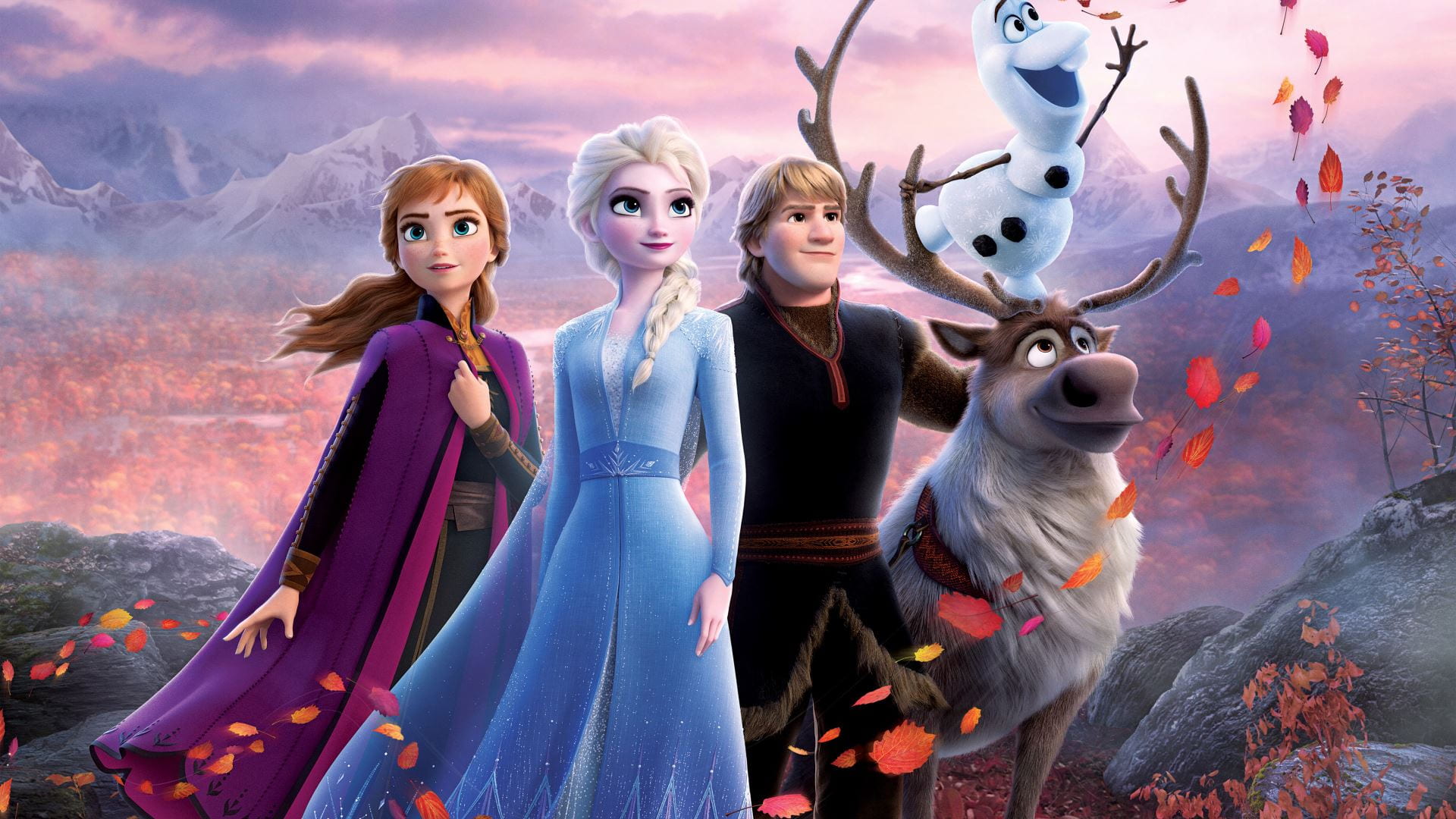 “Frozen 2” (2019) is directed by Jennifer Lee and Chris Buck and stars the returning voices of Idina Menzel as Elsa, Kristen Bell as Anna, Josh Gad as Olaf, and Jonathon Groff as Kristoff. In its second weekend, the film has already made over $738 million globally, topping the box office runs of “How To Train Your Dragon 3” and “Maleficent: Mistress of Evil”. In fact, at this pace, the film might become only the 10th animated film to gross over $1 billion, one of which was the original “Frozen.” Although critics give the film a 73 percent score, the film retains a 93 percent audience score. Is the hype justified?

Despite what people think of the film overall, most viewers will enjoy this film. The animation of nature in this universe consistently looks dazzlingly beautiful. Because the film’s narrative takes place across different landscapes, the animators get to show off their skill at fall settings, snowy settings, icy settings, and even the crashing waves of a giant sea that was shown off in the trailer. Beyond the various settings, the film finds a good balance of tone. While the story explores darker and more violent realities of life, it also has some of the funniest lines in recent memory, mostly thanks to the lightning-in-a-bottle performance of Josh Gad as Olaf. If you cannot laugh with Olaf at least once, that is no fault of the movie itself, and most people will probably laugh along with Olaf and enjoy the film because of his charisma.

Even though watching the film is enjoyable, any level of reflection on the story or the characters unveils the narrative problems suffered by the screenplay. Admittedly, the first act of the story works quite well: most of our time is spent hanging out with our main five characters Elsa, Anna, Kristoff, Olaf, and Sven. We learn through our leisure time with them that each of the characters is happy in Arendelle, even if they have problems or questions about the future. While “For the First Time in Forever” sets up the contrast between the catharsis of Anna and the burden of royalty on Elsa in the first “Frozen,” “Some Things Never Change” now sets up the joy shared by our main characters and by all of Arendelle. We see that Anna knows Elsa well enough to care for her when she needs it but also to ask that Elsa try not to do everything on her own. Elsa understands her sister’s worry but also hears a voice that symbolizes her calling for her true identity. Truthfully, the first act quickly sets up important character tensions and goals.

After that first act, the story relies heavily on exposition and humor to maintain the pacing, and unfortunately the story itself gets muddled. Is the song that Kristoff sings incredible? Absolutely. Is it intriguing to learn about the secrets of the forest? Sure. Is it surprising that Olaf actually has some authentic and genuine character moments? Absolutely. Despite all those things, if the story becomes muddled and if the character with the most development is Olaf, the film overall will suffer. Without going into spoilers, it does appear that Olaf goes through the most transformation and development over the course of the narrative. The tension created by the conflicts and goals of the first act never get resolved, and the meandering aimlessness of the plot opens the door for far more questions than answers. Elsa and Anna disagree about how much they should trust each other and how much they can or should do on their own, but the plot never resolves that tension. Kristoff has a very clear goal from beginning to end, but he as a character does not significantly change despite the events of the story. Some could interpret Kristoff’s arc being about patience and putting Anna first instead of putting his own goals or needs first, but it cannot be denied that he as a character is mostly abandoned in the main plot. Because the story does not provide clear character arcs for any of its main characters, the story lacks the catharsis needed in its conclusion.

The final problem this movie suffers has to do with an unclear overall message or theme. The story does have a few motifs such as the memory of water or the call of a voice both to Elsa and to Anna in her song (which is a spoiler). The film sets up a fairly clear allegory for colonialism, but nothing about the characters or plot provides any meaningful statement or claim about that allegory. The conclusion of the film seemed to suggest that some consequences for mistakes should be recognized, but even that sentiment is undone, making it feel like characters are escaping justified consequences for wrongdoing. The film inserts a twist about who Elsa is in relation to nature at the end, but the story had never discussed what this means or why she chose what she chose. The more that I think about what the message of the film would be, the less clear that message becomes, which makes praising the film more difficult to justify.

My verdict is that although “Frozen 2” provides plenty of beautiful visuals, equally beautiful music, and relatable character moments with plenty of humor, the story lacks sufficient character development, thematic development, and a clear moral or message, so I would recommend waiting to rent or stream it.

Disney’s next release will be “Star Wars: The Rise of Skywalker” on Dec. 20.