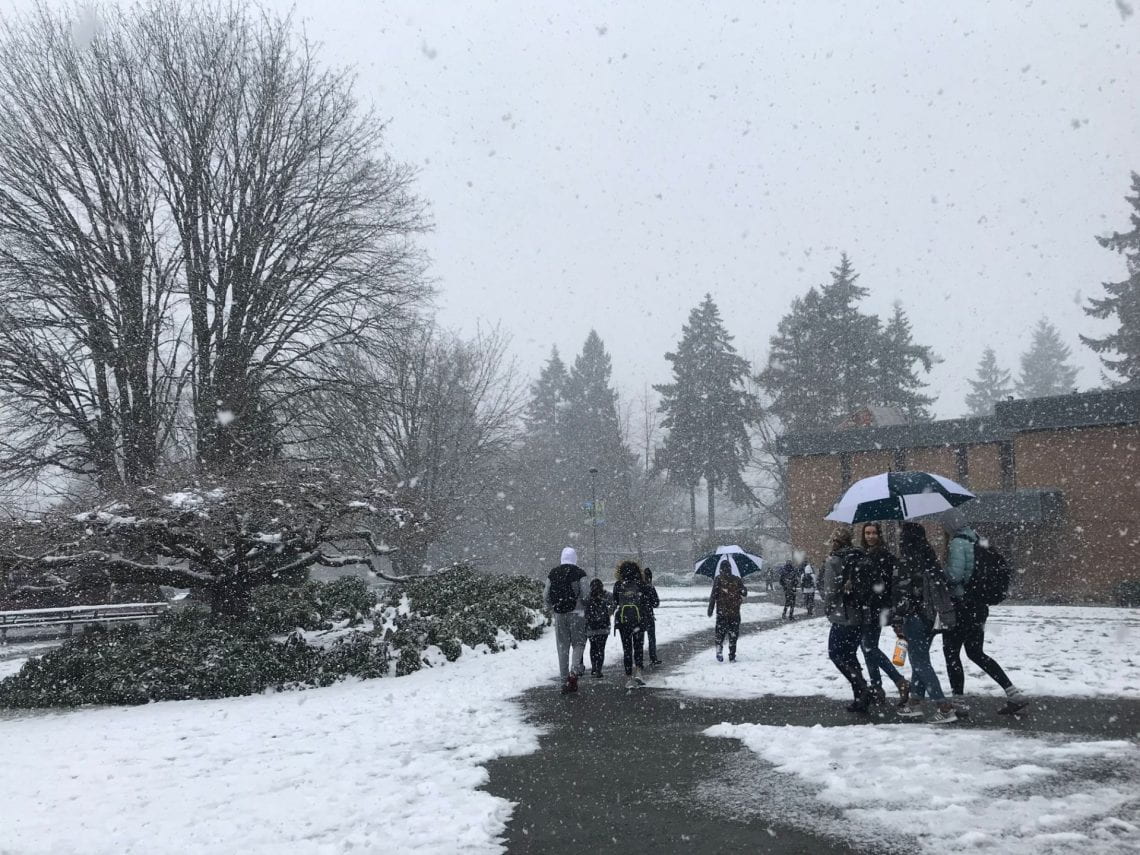 Spring Semester classes began on Wednesday, after two days of classes were cancelled due to snow and ice. Snow began falling on Sunday night, and continued off and on for the next two days, creating conditions reminiscent of last February’s so-called “Snowmageddon.” Classes were cancelled Monday and Tuesday due to deteriorating weather and road conditions, after two-hour delayed starts had initially been declared.

Classes met for the first time Wednesday morning on a delayed start, and Thursday classes met on regular schedule. Friday classes were also delayed until 10 a.m., and the weather forecast called for rain and warmer temperatures.

Aside from class cancellations, several other aspects of university operations were affected by the snow and ice. Student Development announced in an email that the Pavilion was closed to all non-athletes for the week, since the deicer maintenance has spread around campus would damage the basketball floor. A water line in Gray-Beatty broke early in the week, according to an email from NU Alerts, and the building’s water heater went out on Thursday. The former also affected the Caf, which was only able to serve coffee, while other beverages that are dependent on the water line (e.g. the soda machines) were unavailable. The water line was back in operation by 9:46 a.m. on Tuesday, and the water heater was fixed by 1:53 p.m. on Thursday.

The weather forecast calls for warmer temperatures over the next week, with highs in the mid- to upper-40s and rain, which should help to clear the remaining snow.

Film Review: The Rise of Skywalker